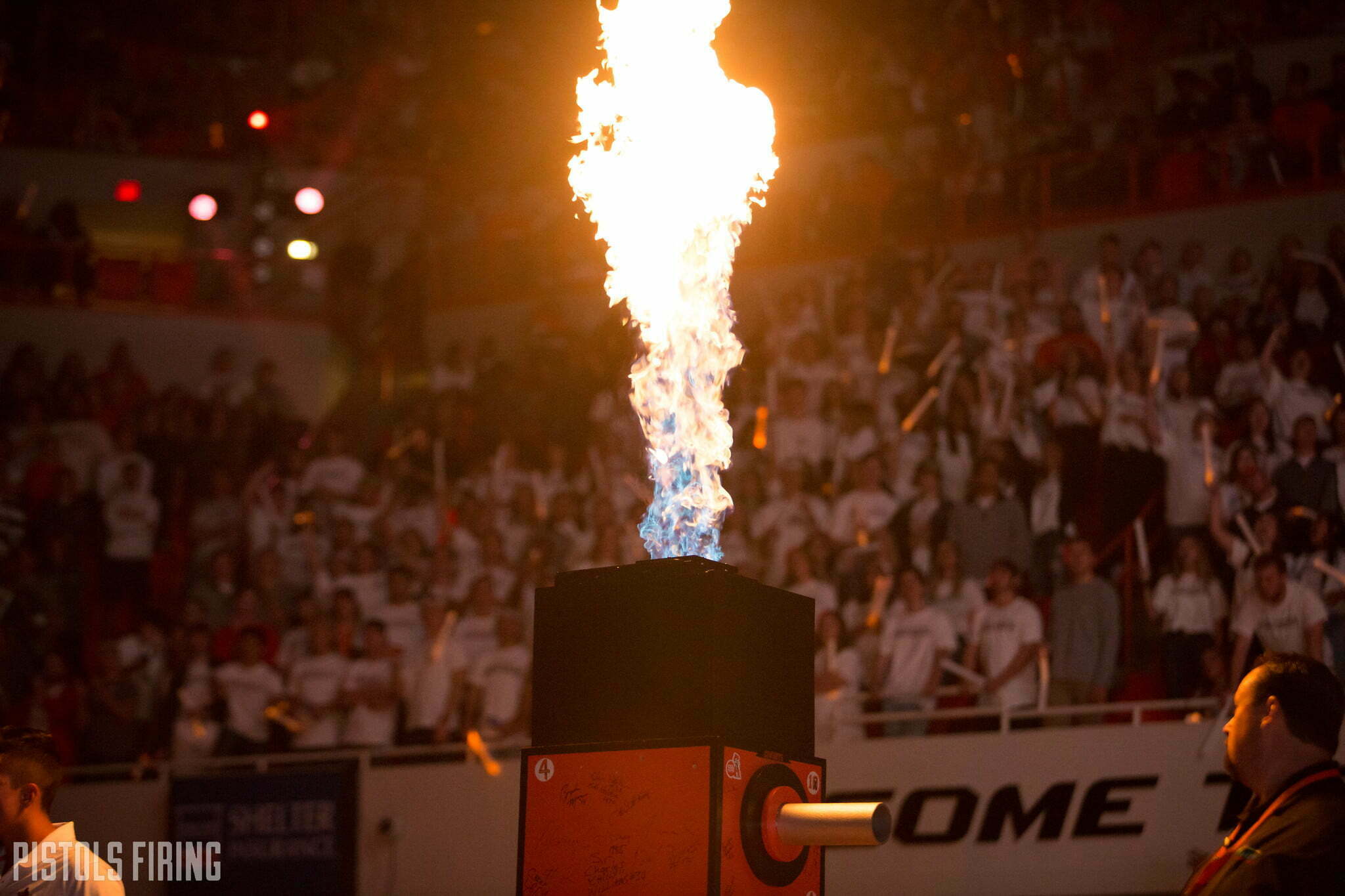 Players will officially be allowed to benefit off their name, image and likeness starting Thursday, marking a new era of college athletics that will curb stomp amateurism for good. What does it mean for OSU?

That imminent change coincides with OSU welcoming in a new administration, as Dr. Kayse Shrum has taken over as the school’s president and Chad Weiberg will be formally introduced as the new athletic director this week, succeeding Mike Holder.

We discuss all those topics below in our PFB roundtable.

Marshall Scott: NIL marks a monumental change in college sports, and it kicks off Thursday. Do you guys have any overarching thoughts on it?

Kyle Cox: I have more questions than thoughts at this point because there is so much to figure out and regulation, by anyone, seems like a pipedream. I do think it will provide a huge opportunity for student-athletes. I’m here for the Josh Sills cardboard cutout greeting me at Hideaway.

Kyle Boone: Not … really? I’m not entirely sure what to expect, honestly. There are a lot of unknowns. Big picture, I’m mostly just excited and anxious to see what happens, who gets the bag, and how big the $$ is, etc.

David Ubben at The Athletic reported this week that former Vols QB Jarrett Guarantano could have made $130K last year on social media endorsements alone. Jarrett Guarantano! I just don’t think anyone is fully prepared how eye-popping some of the numbers will be for college stars, but it is very much a new era that is going to change things as we know it dramatically.

Marshall: I’m with you guys. I’m glad the student-athletes can make money off their names. With that said, this is going to be like the Wild West in terms of what gets policed and what doesn’t.

Cox: What are the implications on recruiting? It seems like it could get real icky, real quick. I assume schools will have to double their compliance departments.

Boone: I hear the enforcement concerns a lot, but also … what’s there to be policing about? It feels like mostly all previously-nefarious doings are kind of above board now!

The thing with recruiting is that, how I understand it, it’ll now be on the table for, say, Stanford to include in its pitch we’ve got ties to Silicon Valley and could hook you up with an internship post-grad or something like that. Obviously $ will be enticing for sponsorships, ads, etc., but not being talked about enough is how this opens up schools to be able to offer stuff in addition to room and board and stipends.

Marshall: And that’s what’s so crazy! What if all of this turns out to not be so big a deal and everything goes as intended?

Cox: What about a school with some restaurant sponsorship on its Twitter account is also using it to communicate with recruits? That same business might be in the market for the next four-star wideout. Maybe I’m reaching there.

Marshall: You’re going down hallways I never even thought of.

Cox: That’s a good point on the offerings. Can you get more on your meal ticket based on your marketability? Do they still use meal tickets?

Boone: Shoot, training tables is what athletes can access these days, and you get to eat whatever you want

Do student-athletes acquire representation? A manager? Will they even be allowed to? And that can be a slimy situation, too. Maybe I’m being too negative.

Marshall: As someone who has recently had to deal with a business’ taxes, taxes are also no joke. Some of that stuff is going to be a nightmare.

Cox: If there is a chance to take advantage of a bunch of 18-year-olds, someone will try to do it. I’m just envisioning a smaller-stakes version of the Broke 30 for 30.

Boone: I think getting repped by someone is probably on the table given what is at stake here financially. Undergraduate basketball players who enter the draft can sign with agents and still return to school so long as said agent is NCAA-certified, so it’s not like it’d be entirely new territory. Those players must relinquish their ties to agents if they return to school, though, so obviously it’d be a first for college athletes to be repped in college.

Cox: It almost feels like one of those things the NCAA can’t prepare enough for. Like you just open it up and then have to set regulations in reaction to things. Which I’m sure they will handle completely fairly.

Marshall: Switching subjects now, there will also be a shift at Oklahoma State tomorrow with Chad Weiberg and Kayse Shrum taking over as AD and University President, respectively. Let’s start this discussion in recapping some of your favorite sports moments from the Holder/Hargis regime.

I’m going to go with the hiring of Mike Boynton. I was in school at that time and honestly didn’t even know who Mike Boynton was or that he was on staff. It took a lot of guts for Holder to make that call, and it’s turned out excellently for OSU. Excitement for the basketball program is at a point that it hasn’t been at in maybe a decade, at least since Marcus Smart.

Boone: I’ll name a moment in one second. But, first, I think we owe a grand salute to Mike Holder in particular. Consummate pro, always spoke his mind and kept it real, was very kind to us as a company, always generous with his time during media and just a unique person who did an amazing job wearing different hats for OSU over the years. So I tip my own cap his way as he exits.

Cox: Ohh.. The entire 2011 football season is almost a requirement, but I’ll set that aside. As a fan, I would have to go with 2014 Bedlam. I was in attendance in Norman with my father-in-law who is a Sooner fan. That was a fun drive away from the stadium. As far as things I’ve covered, I’ll go with the Big 12 Hoops Tournament this last year. Maybe that’s recency bias. It was fun to cover Cade all year, but the weeks leading into the tourney and that week felt like a culmination of the type of greatness you don’t see all that often. Guess I was kind of fanning there, too.

Ditto, on Holder. Him coming on the Pistols Firing pod was unreal and so great.

Boone: I think my favorite Holder moment was the famous (maybe infamous) PFB pod he did with Kyle and Carson in 2018. Good summation of him: He was forthcoming about why he chose Boynton to succeed Underwood, talked in depth about why he wanted Gundy to improve in recruiting and just generally spoke his mind and shot the breeze in a way ADs just … don’t do. That level of candor coming from an AD is awesome and was appreciated.

Marshall: Then we’ll wrap up with this: What is at the top of the list for the Weiberg/Shrum administration to get done?

Marshall: That would do a lot, Cox. My take: softball utopia. Of all the great things Holder did, the best was probably all the new facilities. Wrestling needs to get some things figured out, but so does softball. OSU has a blossoming star in Kenny Gajewski. If he had a shiny stadium to recruit to, look out.

Boone: Jinx, Marsh! We’re in agreement. I think a new softball stadium should be near the top of the list. Gajewski has turned the program around. It’s time the facilities match the on-field product. OSU should invest in him and the program with some major upgrades.

Cox: But seriously, I think you just continue the updates to the facilities like you mentioned. Not one huge thing comes to mind. They’ve both been handed the keys to a pretty nice ride. Just need to maintain it and continue on the upward path Holder and Hargis set them on.

Boone: If OSU doesn’t beat OU in football this fall by a minimum of two touchdowns, should the Weiberg/Shrum admin be on the hot seat?

Marshall: Alrighty that has made us fully off the rails. Probably a good time to end this.

Boone: Cheers to a new era and to a legendary outgoing duo!