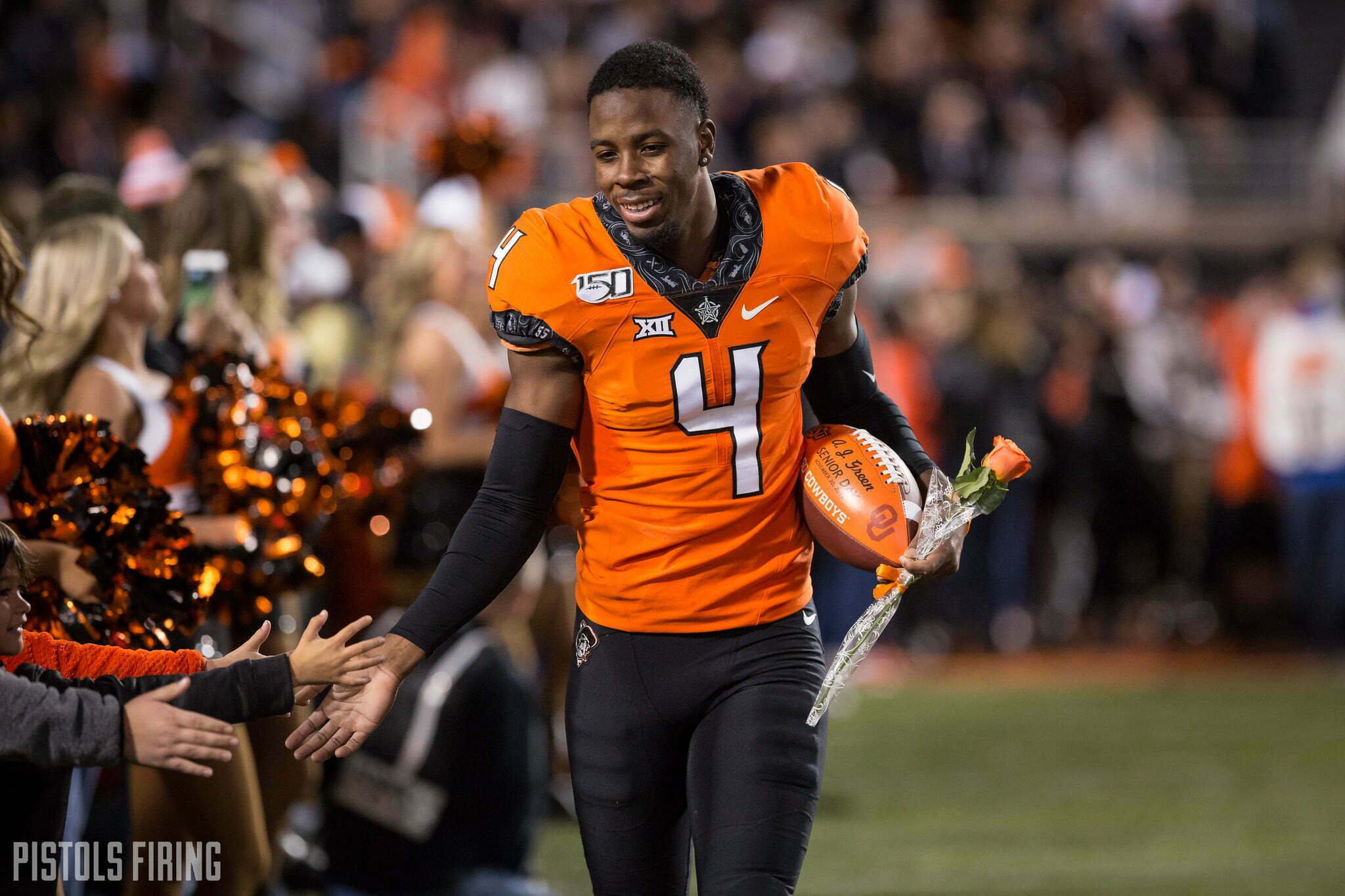 The PFB staff convened Thursday for a discussion centered around the upcoming NFL Draft, which starts Thursday, and where we anticipate former OSU cornerback A.J. Green to be selected. Naturally we got off topic to discuss cornerback depth charts and dreadful Dallas Cowboys fandom. Enjoy.

Kyle Boone: So a wish list: What is your hopeful landing spot for A.J. Green? I low key want him on the Pats. He’d get to play alongside Stephon Gilmore and join a top-10 defense in need of some help at CB.

Boone: I mean, I only know Gilmore. But I know him because he’s the best corner in the NFL!

Kyle Cox: I always like OSU DBs making it to the Bay Area to play for my Niners. See R.W. McQuarters, Perrish Cox.

Marshall Scott: I agree that the Pats would be a solid fit. Rebuilding as a defensive player with the arguably the greatest coach in NFL history sounds like a good spot.

Porter: I don’t pay much attention to the NFL so I either want him on the Cowboys — because that’s the team all my friends talk about — or a good franchise that’s on TV often and makes the playoffs. So Pittsburgh, Seattle etc. Actually Seattle would be fun with Tre Flowers.

Boone: Color me shocked that Cox wants AJ Green on his 49ers!

Marshall: Seattle would be cool. Caroll (like most coaches) likes big corners.

Boone: Dallas would be swell. Close to home, get to play in the NFL but never have to play in January or February.

Cox: If he goes to Seattle he would be putting pressure on Tre Flowers.

Porter: Haha! How confident are we that Green can make it in the NFL? I know he got dumped on by fans at times because, well, Big 12 corners, but he can be a pro, right?

Please advise when you’re going to attempt a homicide @kboonie.

Marshall: People around the program have called A.J. a future pro for a few years now, so I’ll trust them and say he is pretty good.

Cox: I am not confident in any of it. I thought there was no chance Flowers would start at corner for two seasons after playing safety in college. So who knows.

Cox: Google research tells me that Perrish Cox was a fifth-round pick, so…

Boone: I think AJ Green is 53-man roster good, probably not starting-caliber corner good in the NFL. Not that fast, average height, so-so cover skills. I saw too much in college to be convinced that he’s anything but a nice rotation player in the NFL.

Cox: If you asked me in 2010 Cox would have been a first-rounder. Not sure I have that type of optimism for Green, But also goes to show you that a fifth rounder can have a decent career if in the right situation

Porter: I think that’s probably right. I just feel like so much of that stuff is situational. One good practice or game at the right time on the right time, and all of a sudden you get the benefit of the doubt in a way you didn’t before.

Cox: I think Green but, like you said, there are a lot of other factors that can contribute to that.

Marshall: Green based solely on size. Green is a little taller and a little longer than Rodarius. Rodarius could be a solid nickel guy, I guess, though. So in conclusion, I don’t know.

Boone: I won’t pretend to know what I’m talking about when it comes to scouting defensive backs, but I think I’d take AJ over Rodarius. When I asked the two several summers ago who always drew the tougher matchup (and thus who the better corner was), they both laughed, stared, then pointed at themselves. So they’re both first-team all-confidence, which I respect.

Cox: This will be a big year for Lee Lee. We’ll see if he stands out as OSU’s CB1.

Boone: I think Rodarius’ speed probably gives him a better chance to stick in the league, but AJ’s more mechanically sound. (I don’t know what I’m saying.)

Cox: And NFL teams like to compare players to their siblings, so maybe that helps him as well.

Boone: Who is your pick to be CB2 opposite Rodarius? I am fully prepared to ride the Thomas Harper Hype Train.

Marshall: I think it’s gotta be Jarrick Bernard if they are moving him. I don’t think you move a starting safety to corner to not start him.

Cox: I was gonna say. We’ve heard enough about him that he should be CB1.

Marshall: But I was on the Harper hype before they moved Bernard.

Boone: I mean, if you’re an irreplaceable safety, then they’re going to find a way to keep you at safety. That’s my two cents.

Porter: Agree on Bernard, but hopefully they play more than two guys at corner this year. It’s insane how many snaps Green and Rodarius took over the last three years.

Boone: OK, final predictions on where AJ goes and his draft slot? Draft is all of two days away. I’m going to guess he falls to the Eagles, and somewhere in the fourth round range.

Marshall: OSU guys always seem to go a little later than projected for some reason, so I’ll say fifth round to the Pats.

Boone: Everyone seems to like the idea of him landing with the Pats, so he’s for sure going to wind up on the Bengals or Dolphins.

Cox: I’ll go fifth round to my Niners. They could use some competition in the secondary and they would probably take a chance on him that late.