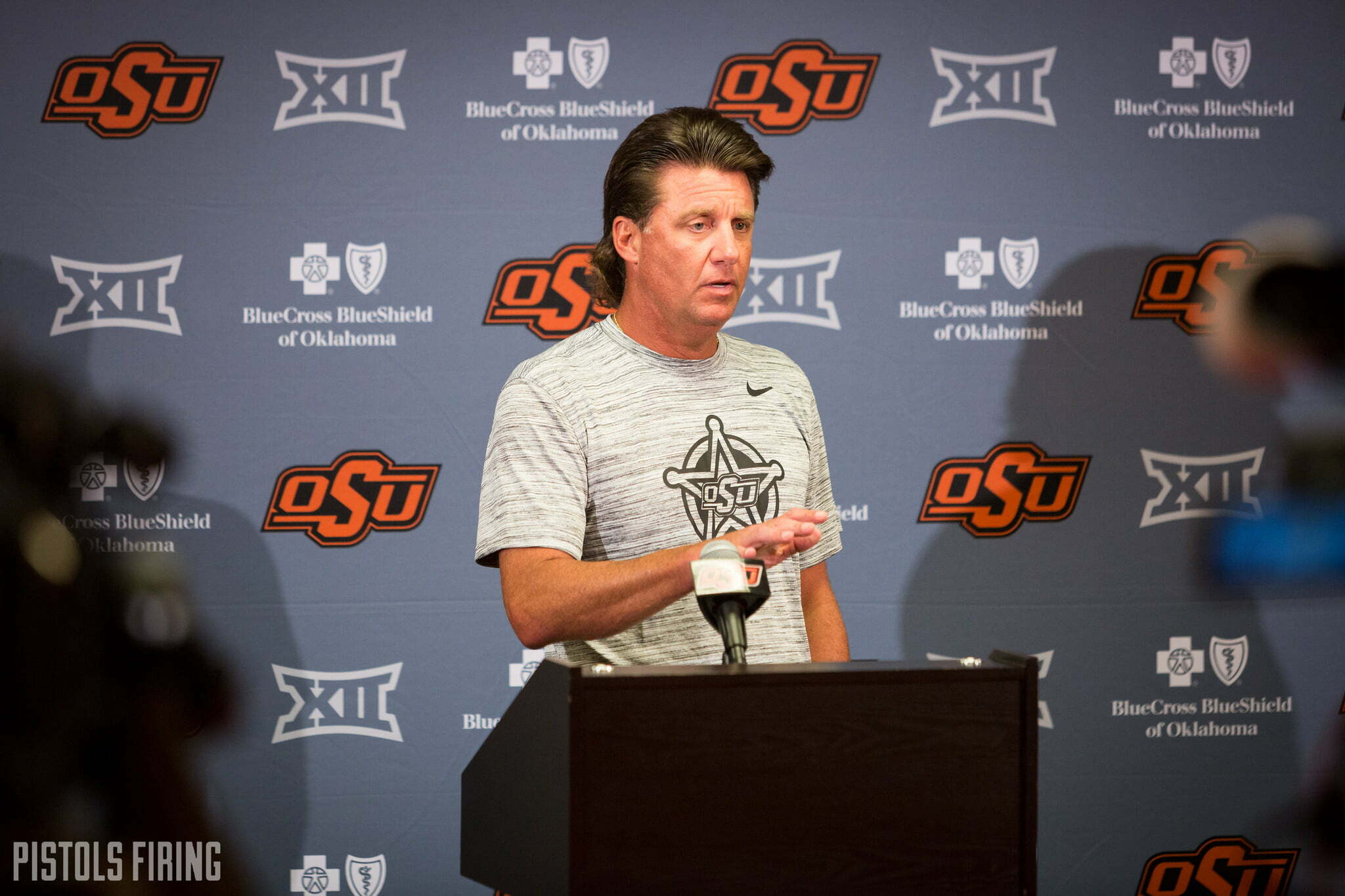 Oklahoma State currently sits at 22 scholarships for 2019.  This is made up of the 20 recruits the Cowboys signed during the early signing period, along with the graduate transfers who joined the Pokes this past August, Dru Brown and Kemah Siverand.  With the FBS limit being 25 new scholarships in one signing class, OSU has three spots available left in 2019.

The question is, how will Mike Gundy and staff use these final three scholarships? Well Kyle Boone and I got together to discuss just that.

Boone: So… by my count, taking into consideration Dru Brown and Kemah Siverand, OSU is at 22 scholarships for the 2019 recruiting class. First question: Do you think OSU will fill all three all three spots?

Ragusa: I think OSU is definitely looking to get another defensive lineman, most likely defensive end Soni Fonua, and another running back, preferably Deondrick Glass or possibly Darwin Barlow if they can get him to flip from TCU. On the third spot, I’m not totally sure. I could see them filling it to take a full class, but they might leave it open for a transfer or they could possibly use that spot in the 2020 recruiting cycle.

Boone: Yeah, agreed. Running back is the biggest priority to me. Deondrick Glass seems to be the most viable, and I’ve flipped on whether he’s coming to OSU or not as many times as Dax Hill flipped his college commitment. And a D-lineman — likely a D-end — is the second most obvious spot to fill. As for the third spot … I’d say it’s a filler spot. Maybe a linebacker, maybe a defensive tackle, maybe a quarterback, maybe … just an open spot for a potential transferring player.

Ragusa: If you had to pick, which one do you think is most likely of the three you just mentioned, defensive tackle, quarterback or linebacker?

Boone: My guess … defensive tackle or linebacker. My preference is a linebacker just because it’s been a sore spot depth-wise since before I was born. But, I suspect with Darrion gone and the defensive line losing as much as it is this offseason, a tackle makes sense, too. I think Sione Asi is the filler at the tackle spot. It’s hard to tell because, frankly, I’m not sure OSU knows exactly how it will allocate the spot. Seems like if they get a RB and a DE, all will be gravy and one final commitment is still fluid on who/where it might come from — if it does at all.

Ragusa: I think if OSU finds a JUCO linebacker they like, they might go in that direction. Both Na’Drian Dizadare and Kamryn Farrar are listed around 200 pounds, if the Pokes could get a junior college guy with a little more meat and experience playing out of high school, I think they could always use the depth at that position as you mentioned.

Boone: Agreed. I don’t think any of the linebackers coming in will play right away. No knock on them, just think it’s hard to contribute immediately from that spot — and especially at the inside backer spot where I feel like OSU most needs help/depth.

Ragusa: As far as QB goes, it’s always nice to have another guy to develop on the roster, but unless it’s someone they really like, for instance if they could get a talented guy to flip or find a diamond in the rough late in the process, I would say there’s no point in just bringing in a guy to get to 25 schollys.

Boone: Yeah, they don’t want to waste it, obviously. But, I don’t think QB is really a huge need with Sanders/Dru in tow for 2019 (presumably) and Costello coming in.

Ragusa: Do you think the Cowboys will land one of Glass or Fonua… or possibly both?

Ragusa: Yeah, I think they end up getting both. OSU wasn’t the first choice for Glass, but with the way things are shaking out for the other schools on his list, I believe he will eventually land in Stillwater. With Fonua, it seems like Oklahoma State is coming after him harder than anyone else, and I think he will eventually sign with the Cowboys.

Ragusa: I’m still a little confused why we are hearing so much noise around Barlow, it seems like he is pretty set on TCU. Also, I don’t think many people expected he would sign during the early signing period anyway, so we probably shouldn’t take that as a sign he is still heavily considering the Cowboys.

Boone: Yeah, I think the Darwin Barlow stuff is a pipe dream. Seems like OSU is working hard but he ain’t budging. He and his Newton teammate, Tamauzia Brown, both locked in as Horned Frogs. But kudos to OSU staff for sticking with him — in the off chance Gary P. does retire, OSU seems like it could be in a good spot.

Ragusa: Yeah, I agree. If he’s showing any interest at all, there’s no reason not to continue going after him until he officially signs with TCU.

Boone: Exactly. Especially since he didn’t sign … maybe he’s playing hard to get.