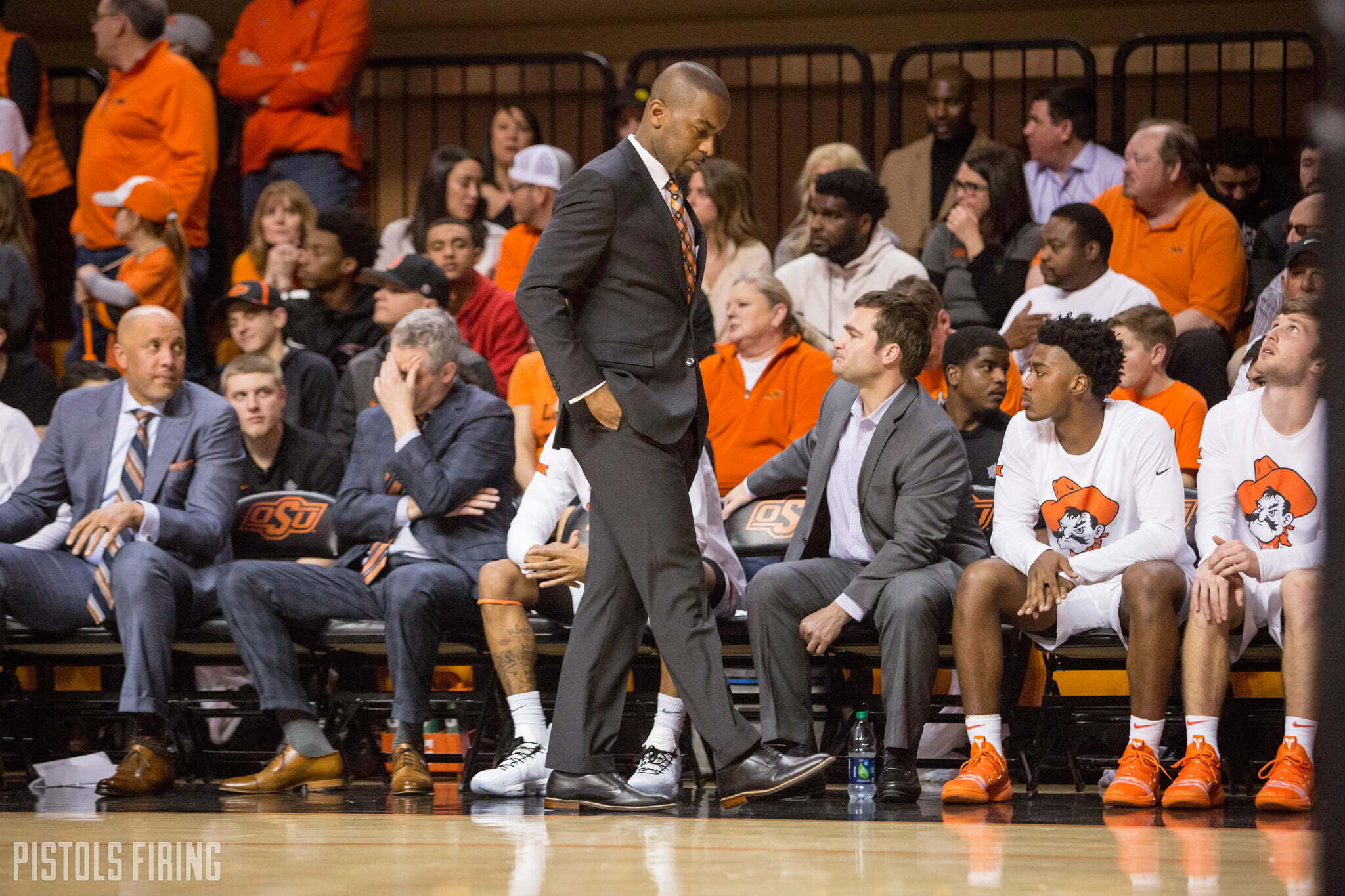 OSU basketball received some good news (to put it lightly!) on Monday, as five-star recruit Cade Cunningham — the No. 1 recruit in America — re-committed to Oklahoma State despite the NCAA sanctions that includes a postseason ban for next season.

The PFB team got together to discuss the news Monday and tried to put into context what it means for next season and for the NCAA case as it moves into the appeals process.

Kyle Cox: Soooo… OSU might be good at basketball next year.

Kyle Porter: If basketball is played.

Cox: Dang … Downer. Let’s just bask in the glow of Cade’s confirmation for a few minutes.

Porter: I called Cade’s return from the top, and I’m somehow still surprised by it. I don’t know why, but maybe I’m just shook by the fact that the best 18-year-old basketball player on Earth chose Stillwater.

Cox: Time to re-sign Boynton. What was that deal the Travis Ford got?

Marshall Scott: It’s a real testament to long-term recruiting. Boynton was the first coach on him and he was on him hard. So hard, he hired his brother.

Kyle Boone: This was the outcome most of us expected, but it still took me by surprise. One of those things I needed to see before I could believe. The fact that Mike Boynton won him over twice and in the midst of an NCAA battle on the second occasion is just laughably impressive.

Cox: To Marshall’s point, it was all worth it. You can’t rest on the brand name or the location when you’re not a blueblood. You gotta work for it. Otherwise you’re gonna hit a ceiling at a school like OSU.

Cox: I realize I’m assuming a lot but maybe the NCAA stuff keeps Boynton from becoming the next big coaching name in like two years.

Scott: Cade really gives OSU a chance. The only thing I can think of that would hold this team back is depth in the frontcourt with Anei transferring, but if Kalib Boone can continue on his trajectory and stay out of foul trouble, look out.

Cox: Yeah, we talked about that the other day. The Yor loss is especially worrisome I think.

Boone: As much as I love Yor, I’m not sure losing him is all that substantial, if only because the makeup of next year’s roster is going to be so vastly different. Everything will center around Cade and an ecosystem around him, which I think is going to look very Golden State circa 2017. All the small ball lineups.

Porter: Maybe not Harris, but throw those other four out there with one of the Boones, and you can be really good. I think we’re wildly underrating how good Cade is. I think people watch him and are like, “oh, yeah he’s nice” when the reality is that he’s generationally great.

Scott: It works offensively. Boynton’s offensive system doesn’t call for two true post players too often (see Cam McGriff on the perimeter quite a bit). But where OSU can run into issues is defensively against the likes of West Virginia, who have two gigantic post guys.

Boone: One thing I think is worth noting is that OSU’s backcourt is going to be absurdly good rebounders. Ice was second on the team last season in rebounds (ahead of Yor) last season, and Cade is going to be Ben Simmons-like in the way that he can pull down boards and run breaks.

Porter: Also, getting MAM for two or three years is almost as big of a deal as getting Cade for one I think. At least on the court, probably not off the court or in recruiting. I was talking to somebody at OSU the other day about how big of a domino Cade is. About how badly other guys want to be in his orbit. That he and MAM have been grinding together makes me weak.

Scott: From Instagram stories from trainers and stuff it seems like those two have woke up, eaten and played basketball together for about two months now.

Scott: Donovan Williams talked with me a few months back about how he just wants to be able to watch how Cade operates on a day-to-day basis. Williams called Cade a pro, and he wants to watch how he works. MAM has gotten a front-seat to that for a while now.

Porter: How great would it be if OSU won the Big 12 regular season and wasn’t allowed to compete in the Big 12 Tournament? It would almost be better that way. Like, “yeah, we’re good. See you guys next year.”

Boone: I don’t think that’s totally out of the realm of possibilities.

Cox: What if, despite the NCAA sanctions and the week that was in OSU football, OSU competed for a Big 12 title in both hoops and football?

Scott: This puts a little more pressure on the NCAA in terms of OSU’s appeal. Do they want a potential No. 1 pick out of their biggest event of the year? And if they do appeal the sanctions, are they ready for the backlash of people saying it is just because Cunningham is there? They put themselves into a corner with how ridiculous the sanctions were, and it’ll be interesting to see where they go from here.

Cox: That’s an interesting point. I don’t think the NCAA can use that reasoning (or should) but neither could or should are a good barometer for predicting the NCAA’s actions.

Scott: Yeah, it all seems like a total crapshoot, so who knows if any of that is even stuff the NCAA will consider.

Boone: I wish it mattered to the NCAA, but the reality is it probably doesn’t. Nonetheless, it’d be a poor look for the NCAA to opt to turn down OSU in a potential postseason with Cade running the show.

Cox: OK, last question. To Porter’s point earlier — if the season goes on as planned — how might the pandemic affect attendance? What if the one year GIA would finally be rocking again consistently, there are some type of restrictions on fans in the arena?

Scott: I imagine it’s a one day at a time approach. No one is even sure how football attendance will look this year, much less basketball.

Boone: Same. It’s wild to think about, but the basketball season is more than four months from starting. Lot can change in four months!