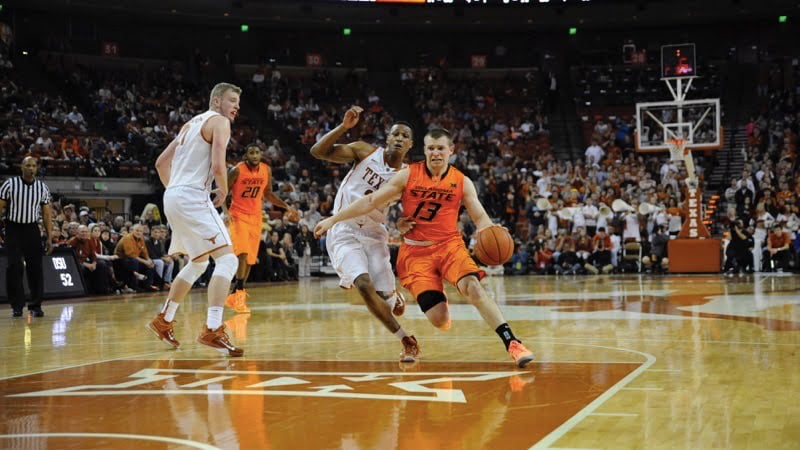 On Monday night, after Oklahoma State lost its ninth Big 12 road game of the season (out of nine), Phil Forte jumped on Twitter and retweeted PFB’s own Kyle B. Kyle tweeted this about Ford and Gottlieb last week and apparently Forte was just now seeing it.

No disrespect to Gottlieb. I just think it's unfair to Travis Ford and his players to openly campaign for a coach to come and take his place

My reaction? Awesome. Sticking up for your guy. The dude who recruited you. I’d actually be more curious if Forte didn’t back Ford.

No. 13 then went on to say two interesting things (the timestamps are incorrect, by the way — Forte wasn’t tweeting during the game).

The first is that no team in the country has been what OSU has been through. OK, maybe true. They were without 48 of their 68 average points on Monday.

I suppose my issue with Ford is that it always seems to be something. A sickness, a slumping shooter or a star player going into the stands looking to fight a superfan. If it’s not this then it’s that. At some point, you have to figure out how to have contingency plans. The second thing was even more intriguing. Forte, who is eligible to transfer next season, tweeted at some folks and said that there wouldn’t be a team if Ford wasn’t still the coach. Does that mean he would transfer if Ford gets fired? I think it means he’d at least think about it.

Pretty fascinating stuff from somebody nobody has heard from in months. Long live Twitter!