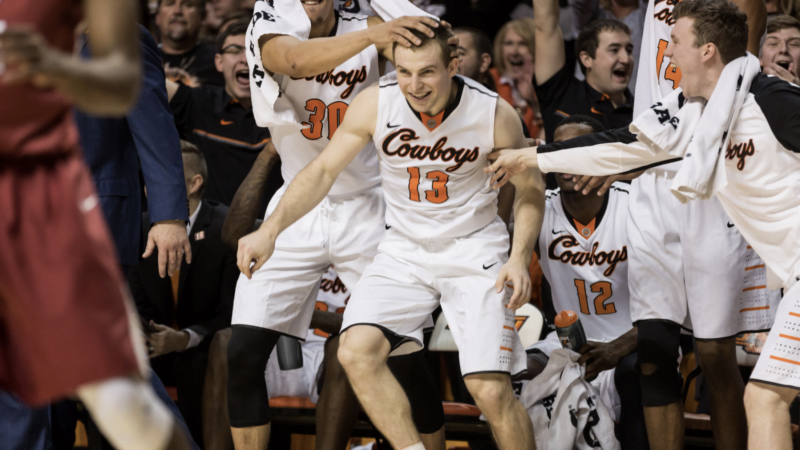 It was a fun day for Phil Forte. Not only did his Cowboys run over the visiting Arkansas Razorbacks, Forte made his 300th career 3-pointer surpassing Keiton Page and becoming OSU’s all-time leader in that category.

A week after he received a game ball for recording his 100th career win, Brad Underwood was able to return the favor to his fifth-year senior recognizing his career landmark.

“Congratulations to Phil,” said Underwood “that’s impressive. Any time somebody becomes the best at something, especially at such a storied and great program like this one. I’m happy for him.”

Forte spoke after the game about what the accomplishment meant to him.

“Without [my teammates], I don’t know where I would be,” said Forte. “I can’t give them enough thanks. Not just for today or anything, but they were trying to get me a shot throughout the game and my career. It was definitely fun to do this in front of our fans.

“We had a good turnout today. I thought the fans were great. They gave us a lot of energy, and we fed off that early in the first half. It was a moment that I won’t forget, but I am definitely blessed to put the Oklahoma State uniform on and be able to take the court with this group of guys.”

It was clear this “group of guys” was pumped for him.

“We just wanted to get Phil the ball and get him shots,” said point guard Jawun Evans. “It was great seeing him with that experience. Being here with him and him breaking the record, it was great.”