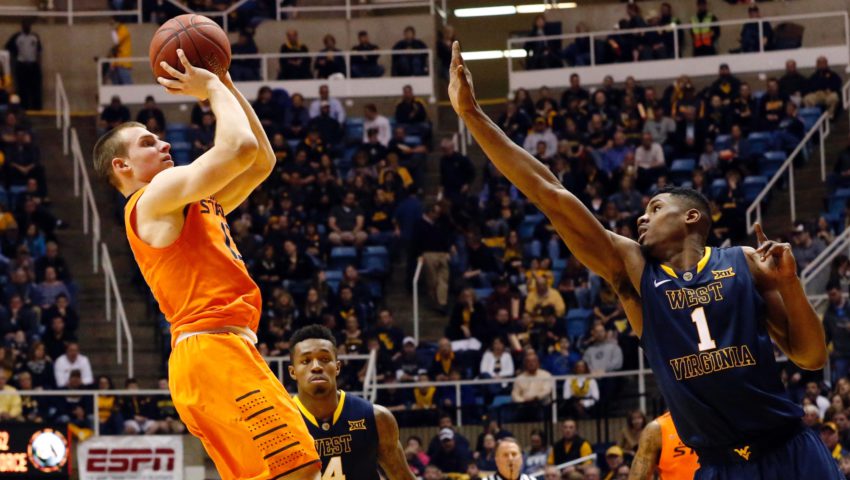 OSU is blessed with one of the best one-two punches in both the Big 12 and the nation in point guard Jawun Evans and forward Jeffrey Carroll. The duo combines for 35.5 points per game, 9.9 rebounds per game, 7.3 assists per game, and both of them are among the nation’s best in offensive efficiency rating, which measure how many points a player is likely to generate for his team per 100 possessions (114.4 for Jawun, and 129.8 for Clip).

With both Jawun Evans and Jeff Carroll on the floor at the same time, this team is always highly skilled in two spots offensively and is tough to guard with two players who can create their own shot at any time. But this team has high aspirations, and establishing a consistent third scorer behind that dynamic duo in both home and away games will be critical moving forward.

At Gallagher-Iba, they have that consistent third option. It’s the 5-foot-11 shooting guard from Flower Mound, Texas that arrived on campus along with Marcus Smart. You know, the one who became the most prolific 3-point shooter in school history (321 and counting)? The one who is now in his final season after spending what feels like an eternity in Stillwater! The one and only Phil Forte.

The home numbers for Forte are fantastic: 16.6 points, 2.1 assists, and 2.2 rebounds per game on 50.9 percent shooting, including 46.3 percent from 3-point range. He’s a stone cold killer on Eddie Sutton court, and his confidence inside that arena is what makes him such a lethal threat from literally anywhere.

Away from Stillwater? The numbers tell a different story. In 2016-2017 road games, Forte is averaging just 10.3 points, 1.2 assists and 3.1 rebounds per game on 30.9 percent shooting, including just 36.1 percent from the 3-point line and a meek 22.2 percent from inside the arc. Most college basketball players play better at home, but with Forte there seems to be an especially stark difference in his shooting. Can we get him in touch with Gene Hackman before the Big Dance starts?

If Forte can find a way to bottle up that GIA magic in the Big 12 and the NCAAs, the Cowboys can play with any team out there. Having three dudes on the floor in Evans/Carroll/Forte that can take turns shouldering the offensive load is almost unfair for a defense. We’ve seen what he can do at home and in spurts on the road he’s been solid, but the ceiling of this team could rest on the shoulders of its 5-foot-11 senior guard and his ability to fill up the stat sheet in tough environments. If anyone can put together a turnaround and reverse the road woes, the hard-working sharpshooter from Flower Mound seems to be the guy.