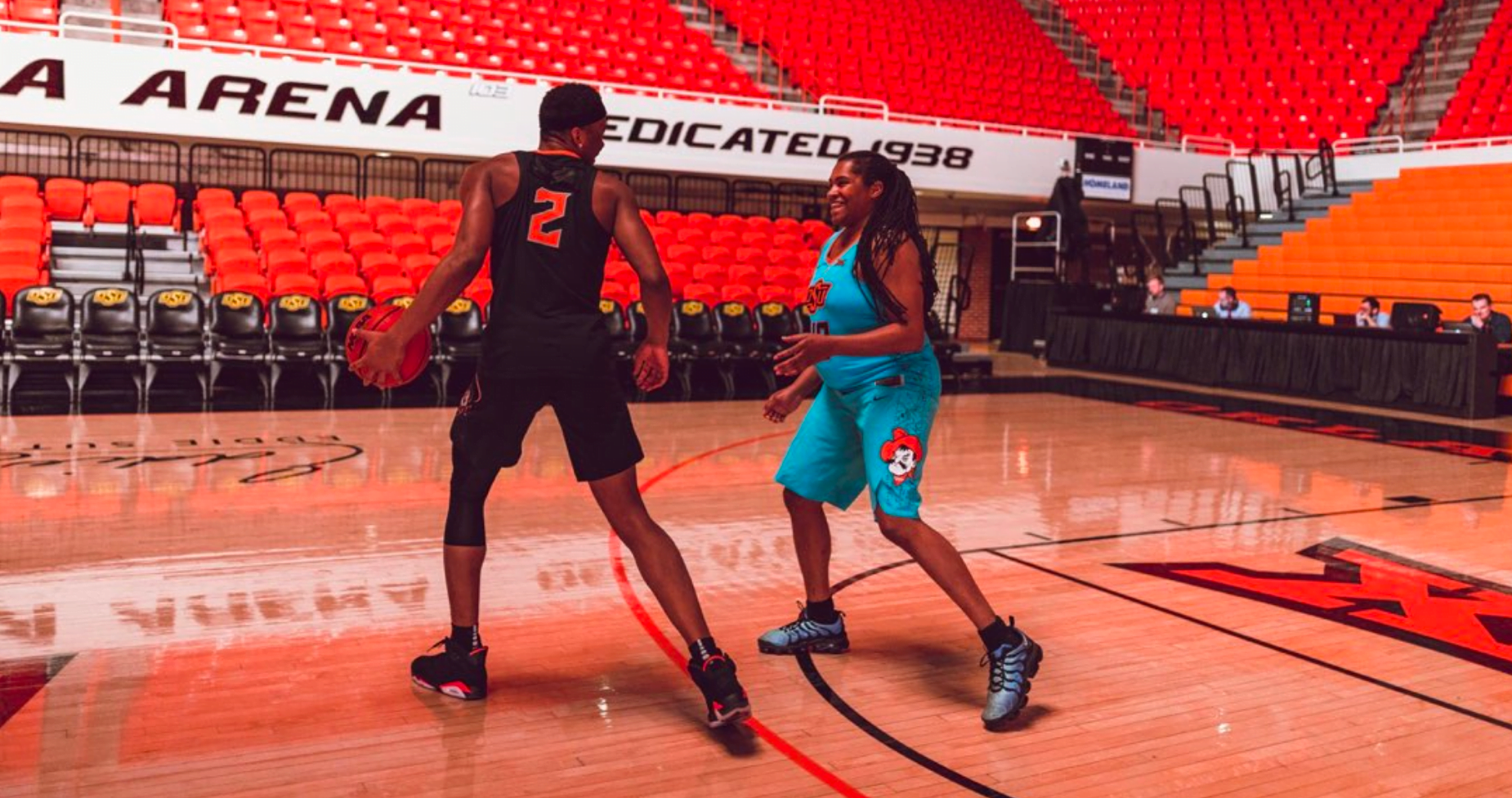 Who says you ever get too old to play dress up?

The mother of four-star forward prospect Christian Brown, Melody, who accompanied her son for his official visit to Oklahoma State this weekend, played the part of a recruit this weekend. When Brown put on OSU gear to pose for pics as recruits do on visits, she followed suit by slapping on the popular turquoise gear and posing just like she was a top-75 talent.

Brown was one of two official visitors from the weekend along with five-star prospect Isaiah Todd. He’s ranked as the No. 61 overall player in the 2019 class, No. 15 at his position, and one of the top remaining uncommitted players nationally.

A 6-6, 205 pound small forward from Virginia, Brown is still considering NC State, Clemson, Georgia, OSU and Illinois, but he’s still undecided. OSU is his first official visit of the spring, which is a good sign OSU has emerged as a contender. He visited Georgia, UNLV and Clemson for officials last year.

Brown may take other officials before he winds up committing, but a decision could be coming down soon. The next signing period begins April 17 and runs through May 15, so for him to get signed and onto a Division I campus, he’s likely to submit his NLI during that period.