I thought I should make a list of season-long awards for Oklahoma State football.

Think of it as an uber-superlatives list for the entirety of the year.

Player of the year

Caleb Lavey — I don’t know how he was left off the All-Big 12 first team by the coaches on Wednesday but I know what I watched all season. He was elite. One of the best defensive seasons in recent memory at OSU. As has been pointed out, he had a Manti Te’o-like season:

Coach of the year

Glenn Spencer — Spencer should have run away with this but I actually considered Joe Wickline as well. Maybe he was just trolling us with the first four games but the difference in those and the last eight was startling. You can’t deny Spencer here, though.

Dan Mullen — Shockingly Gundy’s “I haven’t cut this bad boy since we lost to WVU” look lost out here. But when you have the wing tips flowing over the visors, it’s hard to get beat.

Play that makes me want to die

The swing pass — Like I said after the Baylor game, I get it now. Mark Travis of CRFF explained that OSU does it to stretch the defense so run-away-from-the-cops Chelf can do his thing up the middle. But that doesn’t mean I have to like it.

Play that makes me want to live

Flea-flicker — I don’t forsee a scenario in the near future when this isn’t my favorite play.

Oklahoma State is three games from playing for two national titles in three years. It was favored by an average of…

…are you ready for this…

20 points in each of those games. Gulp. 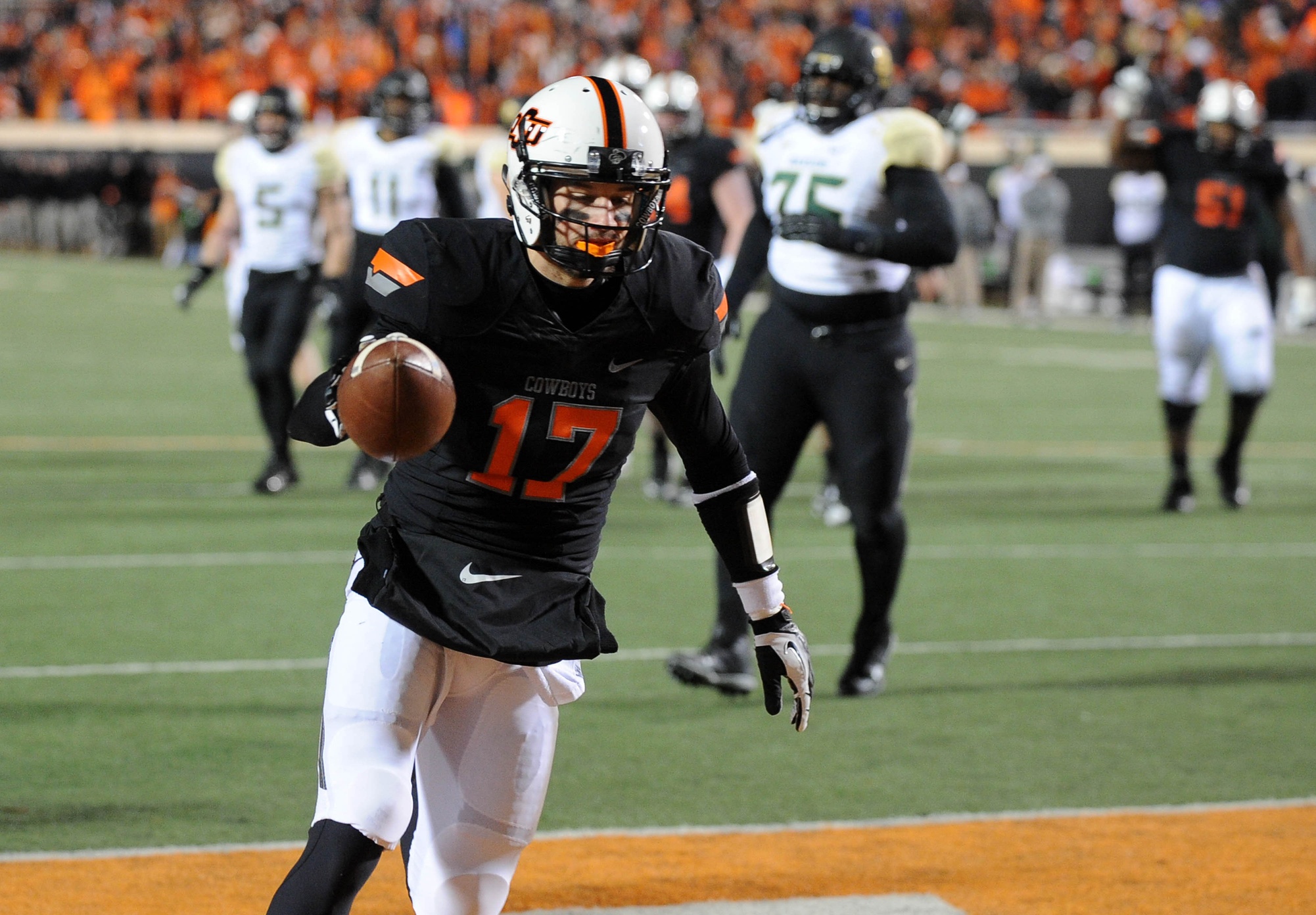 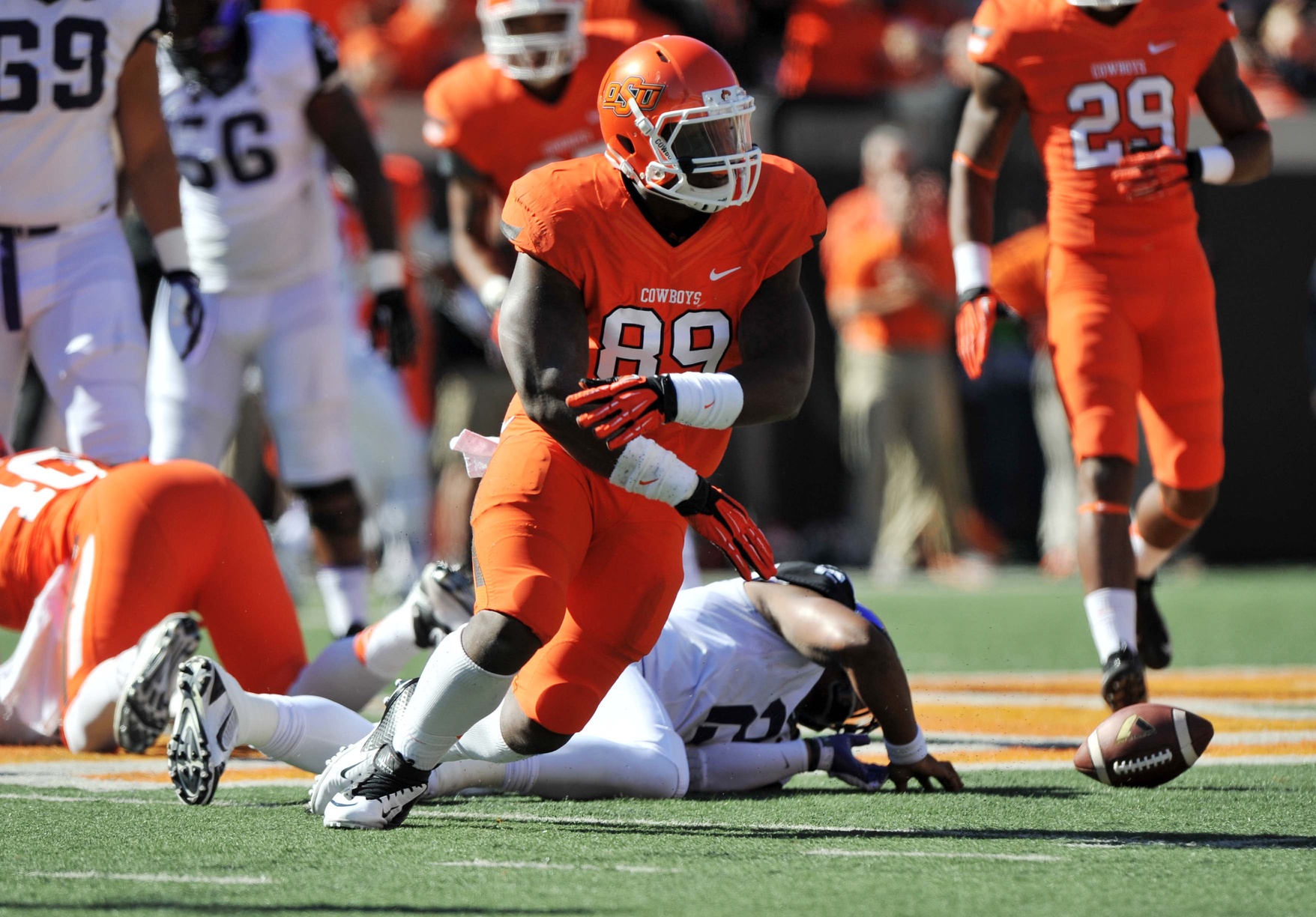 Jeremy Smith — Here are players who had a better yards per carry average than him: Clint Chelf, JW Walsh, Desmond Roland, and Josh Stewart. And Kye Staley nearly did. I’m bummed for him because he hung around for a long time, finally got his shot, and it didn’t work out. I don’t think it killed OSU’s season but it sure did crush any shot he had at the NFL.

Jhajuan Seales — He was a beast all season. It’s crazy to me that he only had two receiving TDs but he’ll be “the guy” next year if Josh Stewart leaves.

Clint Chelf against Baylor — 19/25 for 370 and three TDs plus 48 yards receiving against one of the best defenses in the Big 12 in 25-degree weather with the Big 12 title on the line (at the time). Juevos. Big ones.

Chelf, for these two tweets alone.

@pistolsguy best twitter moment goes to @Cchelf10 along with the video of his teammates saying his name wrong. pic.twitter.com/jo4DfKftkZ

This one — And my goodness, the list was lengthy.

Gus — About Clint Chelf in the Texas Tech game. “He’s got get-away-from-the-cops speed.”

UTSA’s safety – They are completely different from any other team we have played. They were amazing. (NewsOK)

Mrs. Pistols halfway through the Kansas State game: “Why are we ranked?”

This one was spectacular. Still not sure how 81 came down with it. 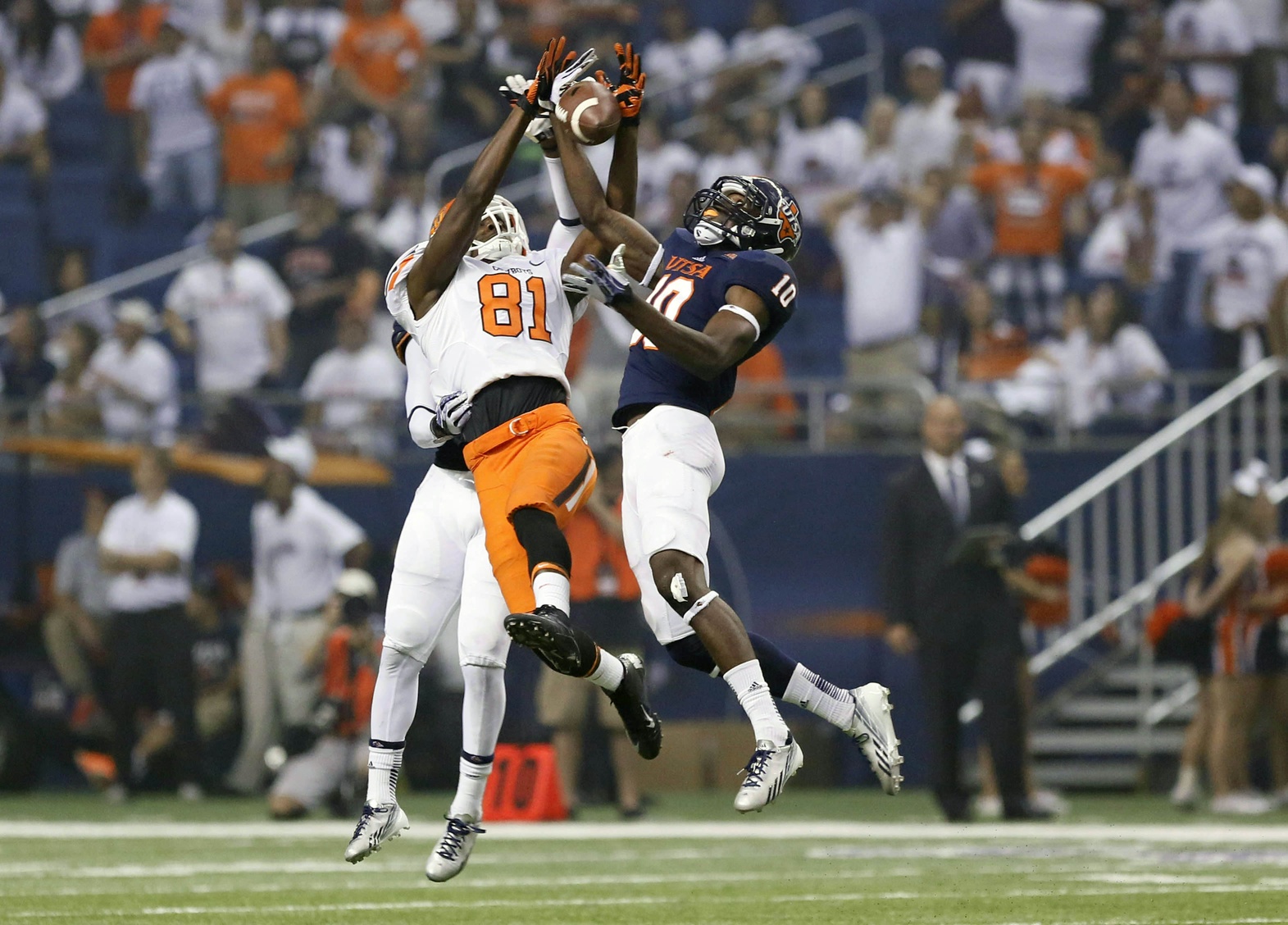 51 straight games of 20+ points. I love this streak if only because the team OSU is chasing is arguably the best of my lifetime (early 2000s USC).

The 1,000-yard rusher streak — If OSU had started the year with Des Roland at RB it would be alive and well, but it didn’t and so Roland needs 260 in the bowl game to extend. So it’s over.