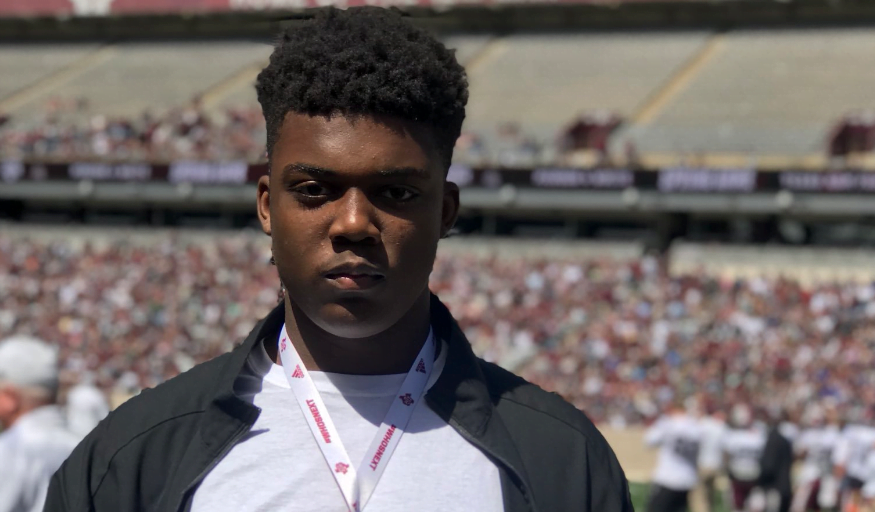 When recruits commit early on in a recruiting cycle, it’s unavoidable that programs — whether it’s USC or Bama or Kent State — will try and pry their pledge loose before signing day.

The Cowboys made an offer this week that validated as much, pushing out a scholarship to class of 2020 defensive tackle prospect CamRon Jackson from Haynesville, Louisiana. Jackson’s an LSU commit. He’s been committed to LSU since December, in fact, but that hasn’t stopped OSU and Southern Miss from jumping in as potential poachers since his college commitment.

I’ve written it a million times on this here blog, but it still rings as true as it did the last time I wrote it: ? Louisiana kids with committable LSU offers aren’t going anywhere but LSU. I doubt it’s different in this case. But should he suffer an injury, or drop down in the rankings that potentially leaves LSU with a chance to take a higher-rated kid at his position, OSU is smartly entering the race as an official fallback plan for him.

As crazy as that sounds, it has happened. It’s how OSU landed current linebacker Kevin Henry, and, way back, how it landed Sione Palelei in 2013. Henry’s stock slid as a senior, and Palelei suffered a devastating knee injury he never recovered from.

The odds are low that Jackson would fall into this category, and even if he did get an offer pulled due to injury or a higher-rated kid taking his spot in the 2020 class, he has offers from Texas A&M, Florida, Alabama and Mississippi State that would probably garner his immediate attention. But good on OSU for becoming fallback plan No. 2 .. or 3 … or 4. A kid of Jackson’s caliber is a must-get if you can.

Jackson is one of only two offers at defensive tackle in the 2020 cycle, and the second, Denton Guyer’s Grant Mahon, has been committed to OSU since July of last year.