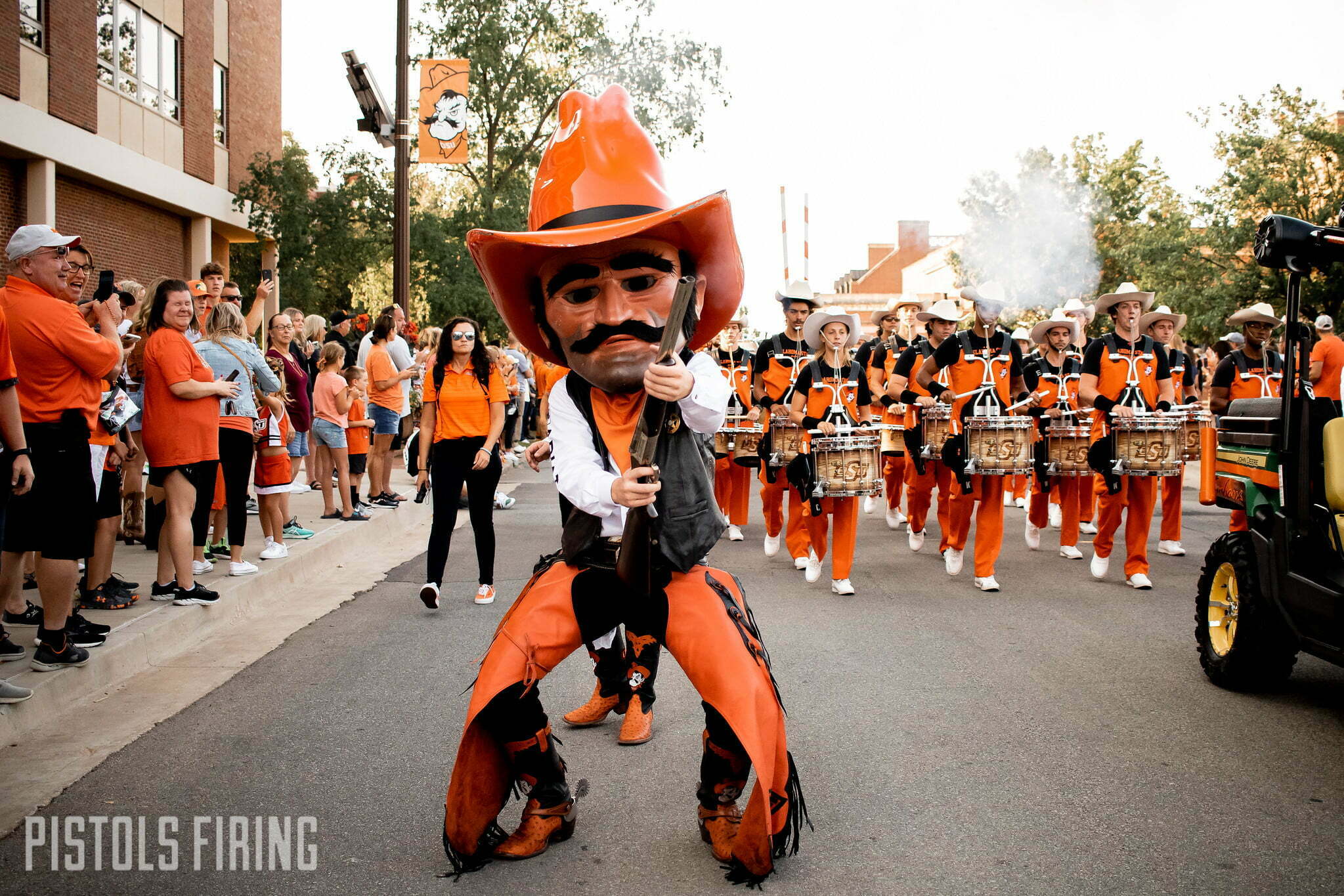 The Atlantic Coastal Conference recently announced it’s scrapping traditional divisions and moving to a format where it will play conference games in a different way. The 14 teams will play three protected rivals each season and rotate through the 10 other teams over the next few years.

The timing of this change comes just weeks after the NCAA removed the requirement that 12 plus-team leagues will have to play in a divisional format. So what does this have to do with the Cowboys? The Big 12 is figuring out what to do when the league crosses back to that 12-team number in 2023.

Currently, the league plays a nine-game schedule, facing all teams and then one “prove it” game in Arlington to define the “one true champion.”

It appears the league will balloon to 14 in 2023, as the three American Athletic teams join BYU as new entrants to the league for a couple of seasons before Texas and Oklahoma leave for the SEC in 2025. After that, the league will settle into a 12-team setup.

Let’s do an exercise on who would be “best” from OSU’s vantage point to play each year.

If/when the league arrives at 12, you could go back to the old ways of playing eight league games: five protected games and rotate playing half of the other teams each year, rotating through all opponents over four years.

The deviation from history is that the two teams atop the standings at the end of the season would play for the title – not the faux-division winners.

You can promise Dallas recruits you’ll play a guaranteed four games within five hours of home each year between games in Stillwater or in Lubbock, Waco, Fort Worth or Houston.

The main part of this is that you’re not making semi-annual trips to the Ohio River Valley to play West Virginia and Cincinnati, across the Rockies to play BYU, to a place where you land no recruits in Ames, Iowa, a snoozefest in Lawrence, or deep into the EST to play UCF.

Nine games — three protected rivals, rotate through the other six over eight years, alternating leaving two of the eight out.

Here’s an idea for the pods:

Pods seems like the better fit given that you get to see these new foes six times in eight years, allowing for the cultivation of rivalries and memories.

An underrated scheduling buddy for the Cowboys in all of this is BYU. The visibility of BYU games is greater than most other Big 12 teams post-OU/TEXit, a big win for OSU’s branding. OSU regularly signs a guy from Utah, would it be surprising to hear Gundy say “Utah is the new Georgia?” There’s just something innately true about Polynesian culture that resonates with the way Mike Gundy runs a program — capitalizing on games there could be a good thing.

You could make similar arguments for pairing up with Cincy/West Virginia about midwestern recruits, but OSU hasn’t had a staffer with deep ties in the area since Mike Yurcich left. Ditto about UCF and Florida recruiting.

Disclaimer: this all fits easier if you add Boise State and SMU/San Diego State/etc. With 14 teams, you can just copy that same model the ACC is implementing. Three rivals, rotate through the other 10 over four years with home and away.