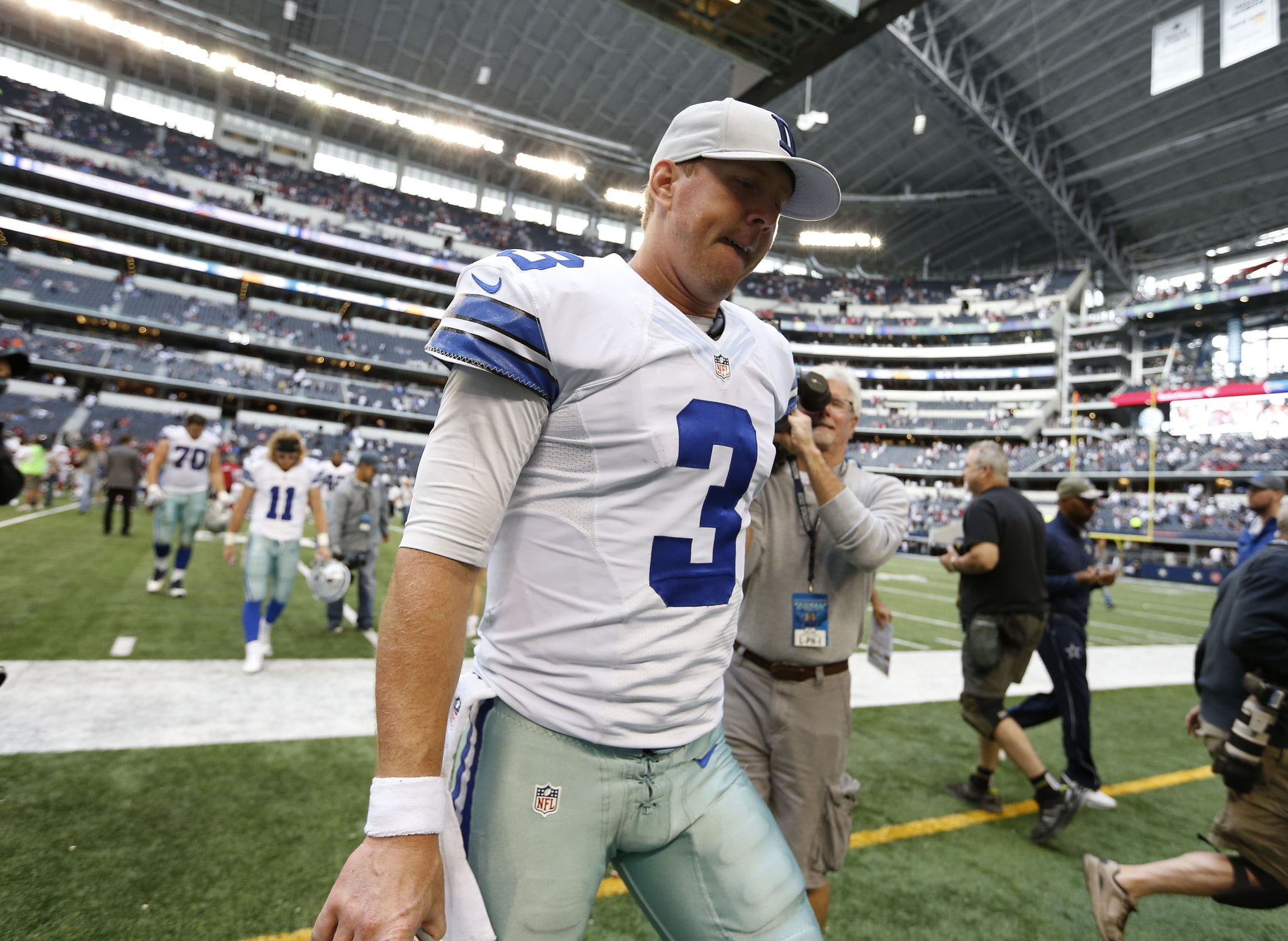 Brandon Weeden had a tough first start for Dallas. (USATSI)

It was a tough weekend all around for our Pokes. Here’s a look at the good (Weeden2Dez!) the bad (they were down three scores!) and the ugly (Gilbert concussion?)

Tyler Patmon finally got his moment. Undrafted but signed to the Dallas Cowboys after his impressive preseason play, he’s a testament to hard work. All of that finally came to fruition this past Sunday as he made a huge impact early on as the Cowboys played Arizona.

Patmon nabbed an interception early in the first quarter, and then raced 58 yards to take it in for the score. For Oklahoma State fans who watched him in Stillwater, it was a joyous sight.

Patmon’s score put Dallas up 7-0 early. Unfortunately, it would be the only touchdown that mattered for the Cowboys.

Without Tony Romo, former OSU quarterback Brandon Weeden stepped up under center for Dallas. At one point, the Cowboys had Weeden at QB, Dez Bryant at WR, and Joseph Randle at RB—an OSU dominated offense.

Weeden’s performance was, in a word, abysmal. He went 18-for-33 for 183 yards, and threw two interceptions. He did have on touchdown pass to Bryant, but it came in garbage time.

Skip Bayless, almost as well-known for being a Cowboys fan as he is for his abrasive attitude and opinionated personality, chimed in on Weeden’s play.

Speaking of Bryant, he was pretty much held in check all-day, too. Aside from the touchdown, Bryant had just one other catch, finishing the day with two receptions for just 15 yards—without a doubt his worst performance of the season. Credit Patrick Peterson, who was all over Bryant all day long.

In the past two games since Romo went down with injury, Bryant has combined for just five receptions for 50 yards, though he does have two touchdowns.

Even Dan Bailey had an off day for Dallas, as he only connected on 50 percent of his field goals. He nailed a 52-yarder in the first quarter to put Dallas up 10-0 before the Cardinals scored 28 unanswered.

Perrish Cox has been another great story for OSU fans. Cox wasn’t even supposed to start this season, but injuries forced him into the position. He hasn’t been taken out since.

Why would the 49ers remove him when he leads the team in interceptions?

Cox added another INT to his list this season, making his total four, which ranks second in the league.

Cox also had a tackle and a pass defended and was part of a defensive effort that held St. Louis to just 13 points. Still, the San Francisco offense struggled, and the 49ers lost despite Cox’s efforts.

Perrish Cox leads NFL in interceptions. Can someone send a memo to Richard Sherman?

After struggling early on, Justin Gilbert was finally becoming comfortable and performing well in Cleveland. He again had a solid game Sunday, with one tackle and one pass defended.

But in the fourth quarter, in a sequence that could only happen in Cleveland, Gilbert committed a penalty, gave up a reception, and was injured in the same play.

Cleveland fans held their breath as he went to the locker room to be tested for a concussion.

DB Justin Gilbert has been taken to the locker room to be evaluated for a concussion.

Here’s what the rest of the former OSU players in the pros did in week 9.