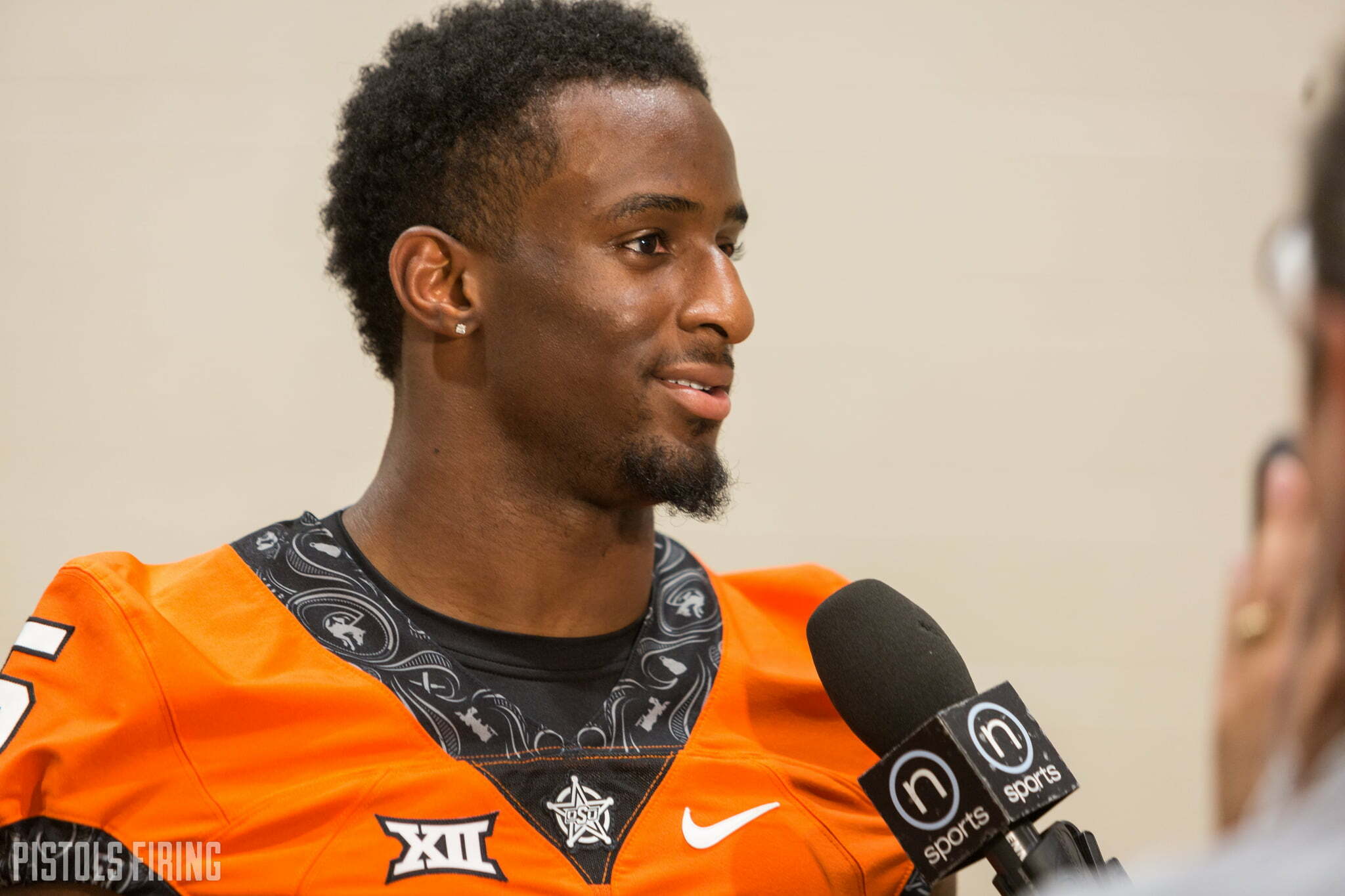 With Oklahoma State’s first game less than three weeks away, it’s time to start our annual prediction pieces. These always go swimmingly and please everyone and are 100 percent accurate and should be taken as gospel truth so let’s dive right in with five of my hottest pre-season takes for the 2018 Fightin’ Mullets.

1. The defense is … good: There are a ton of ways to define this, but I’ll say OSU finishes in the top 35 in points per drive this year (they were No. 58 in 2017). For me, this has less to do with new defensive coordinator Jim Knowles (who at this point should just legally change his name to New Defensive Coordinator Jim Knowles) and more to do with a deep, talented, experienced group on the defensive side.

The defensive line has been solid for years, Calvin Bundage looks like he should be a starting safety for the Ravens, OSU’s corners have been through real battles and have gotten deeper. The questions for me are probably mostly at safety, but I think Thabo Mwaniki and Za’Carrius Green (among others) are going to be pretty good.

Robert Allen made a really good point at the Stillwater Media Day last weekend when he noted that two of OSU’s three best defensive seasons under Mike Gundy have come in Year 1 of a new defensive coordinator (2009, 2013). There are myriad reasons for this, among them a new-look defense opposing OCs are seeing for the first time, and I think that trend mostly continues in 2018.

2. Spencer Sanders ends the year at QB1: I feel zero percent confident in this one, but if I’m going down, I’m going down in flames. I’ve said for almost a year now that No. 3 would be QB1 in 2018, and it has become clear that, at least for the first game, I’m wrong. Things happen, though. Injuries pile up. Players go into slumps. A top 20 team comes to town and you need a dynamic spark to keep the hopes of a 6-0 start alive.

I think he’s special, and even though I think Taylor Cornelius is actually better than I maybe thought he was, I think special guys find their way on the field somehow, even in Year 1.

*Dru Brown trots out for the second half against Boise as ESPN’s producers cut to Sanders holding his carbon fiber helmet on the sideline looking longingly into the Stillwater sky.

Flames, friends. Going down in flames.

3. Tylan, not Tyron: This feels like heresy and I might need a hot shower after I type it, but I think Tylan is good. Really good. Like, “I know OSU went to Tyron with the whole dang thing on the line against OU last year, but Tylan is actually going to be the featured film on the outside this season” good.

That could be way off base, who knows, and some of this could be a result of other teams taking away Bag Man. But I think No. 2 is going to have a bigger season than No. 13 (remind me of this when Carson crucifies my soul live on a podcast in late November).

4. OSU has five true sophomores in 2019: Forget the four-game redshirt rule, I think at least five freshman are going to play for a large portion of OSU’s season. This year the Cowboys have four true sophomores — Tylan, Malcolm Rodriguez, J.D. King and Mwaniki — and I think they have more than that in 2019. Gun to my head and I have to make a guess, I’d say we start here:

Could all of these guys play, say, three games and get redshirts? Sure, but when Gundy decides next week who his dudes are going to be for the year, several of these will likely be among that group.

5. Oklahoma State goes … 9-4: Yeah, I’ll cheat. I don’t want to make an actual regular season prediction so I’ll say 9-4 and not tell you how I got there (or not even worry about how I got there). The worst Gundy team since 2010 (other than whatever it was that happened in 2014 that I’ve tried to lobotomize myself over) was in 2012 when OSU went 8-5.

That team went through a merry-go-round of quarterbacks, had a killer stable of RBs, a solid defense, the same home conference schedule and one tough nonconference game. Sounds … a lot like what this year could be.

They lost their nonconference game at Arizona that time around. I’m betting on a win this year against Boise which could lead to … *double-checks schedule* … yep … OSU starting 9-0 (BRING ME ALL THE PAGEVIEWS) and finishing 0-4 (BRING ME EVEN MORE PAGEVIEWS).