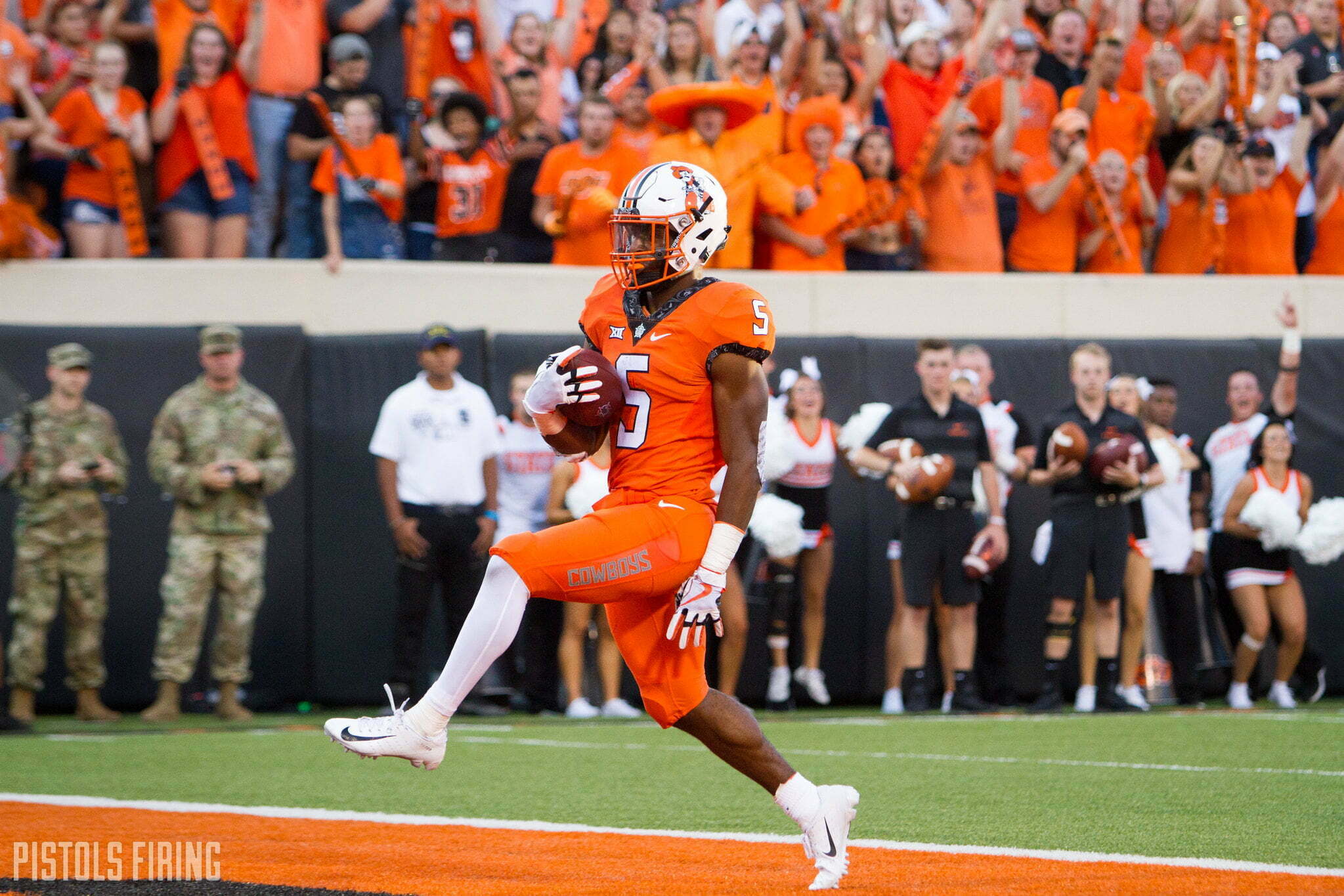 I thought this was a really cool idea by Marshall Levenson and the good folks over at Pokes Report. Creative content is getting harder to, well, create the longer this goes on, and this is a really good slice of it.

The game: Spend $15 to put together the best five-man team you can possibly put together. The concept is not a new one, but I thought they did a really good job assigning different players to the proper values below.

Take a look, and then I’ll give you my team.

Comment with your 5 man squad and anybody else you think deserves a spot! pic.twitter.com/I7zR6AL0pw

QB: Brandon Weeden ($5) — You can’t pay too much for him. That’s how much better he was than everyone else. I think I would go all the way up to $7 to get him and maybe even $8.

RB: Justice Hill ($1) — This one was pretty easy. Those first two years were astonishing, and his 5.6 yards a pop holds up nicely (8th all time) in the record books. I would rather have Joe Randle at $0.50, but Hill at a dollar is Herschel Simsing.

WR1: Dez Bryant ($4) — I knew I was going to have Hart Lee as my WR3 so for me the choice became Rashaun and Dez or Blackmon and Tylan. There’s no wrong answer, although I waffled for a long time. I think Blackmon is maybe the best receiver in college football history, but he also had the best QB in OSU history throwing to him. I’m maybe doing this to spread the eras around more than a Blackmon-Tylan combo would have done, but I feel good about my squad.

WR2: Rashaun Woods ($3) — Having Dez, Rashaun and Hart Lee gives me three very different targets. I don’t have any total burners (although I suppose you can send Dez deep if needed), but I can do anything you want to do from 30 yards and in, which Weeden can (and would) do.

WR3: Hart Lee Dykes ($2) — [looks around multiple corners, tiptoes out into the street and whispers] Hart Lee was better than James Washington please don’t look up my Twitter handle and @ me. But he was.

Also, this tweet is tough to look at, but it’s also fascinating.