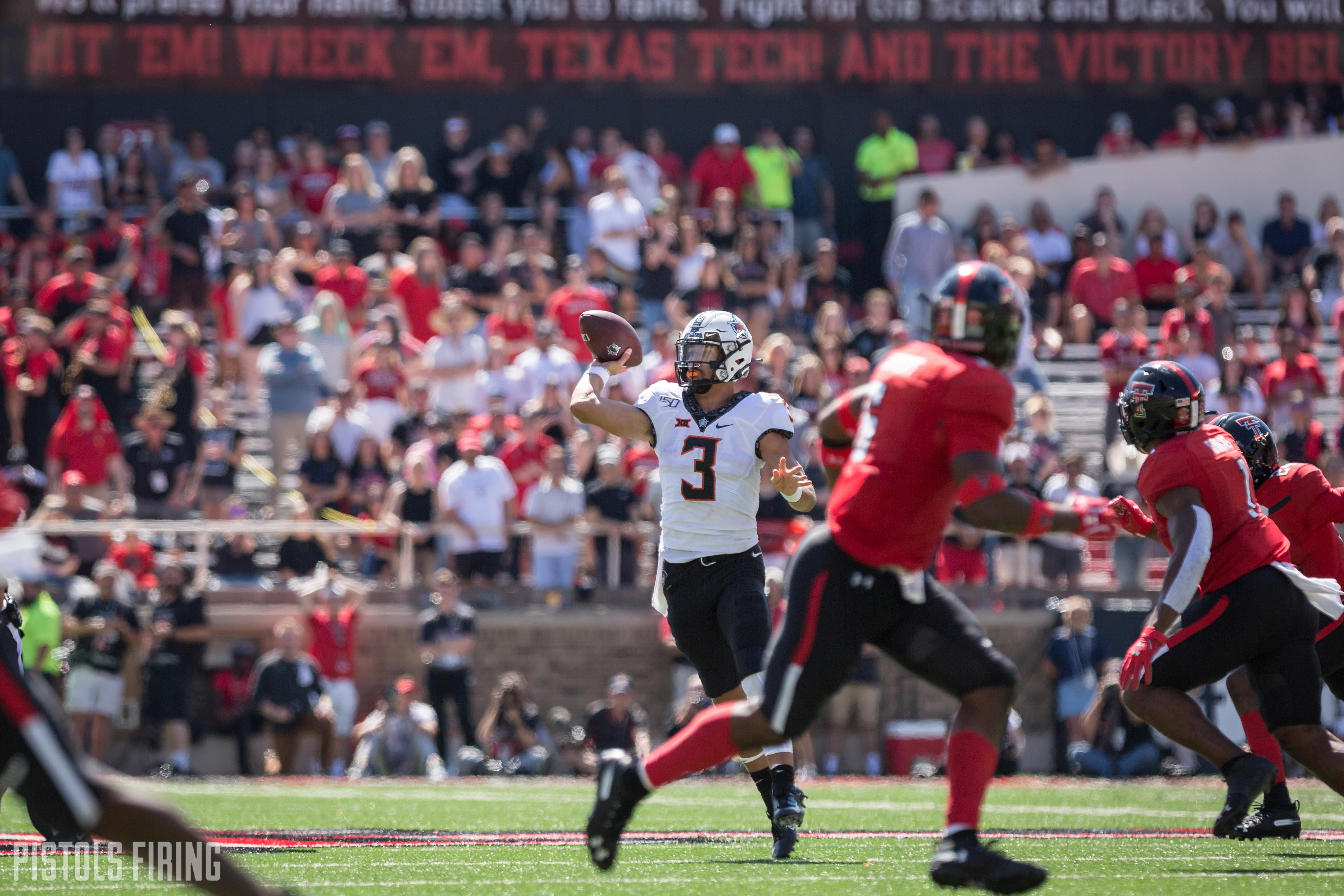 I emptied the tank on my 10 Thoughts with mini-columns on both Spencer Sanders and Mike Gundy, but here’s a look at the rest of my thoughts, ideas and musings as I watched OSU get blasted by Texas Tech on Saturday afternoon.

• I flipped on the TV and the first thing I heard was, “Keep your eyes on Mr. Reliable Dillon Stoner.” Ok. Then Stoner goes out and has a game (of course).

• Thought this was a terrific uniform matchup. Tech’s unis are usually not great, but the contrast here was good. 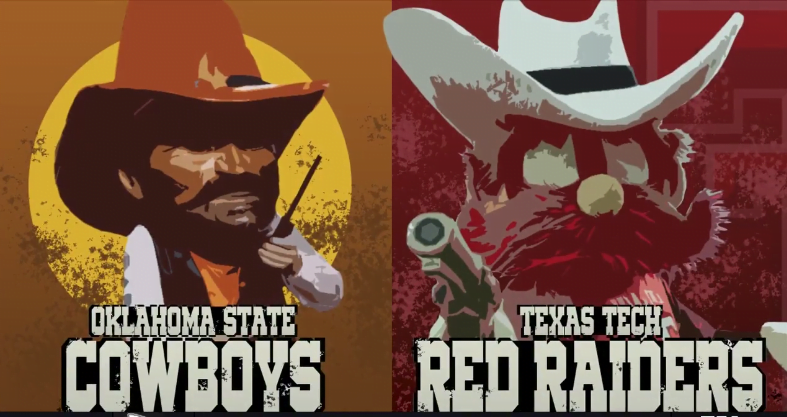 • LD gets my Uni Heisman this week. Love the spats and the untucked shirt and the towel in the back. Top-notch look even if the game doesn’t match it (except for that one run in the second half where he looked like Thurman to Chuba’s Barry). 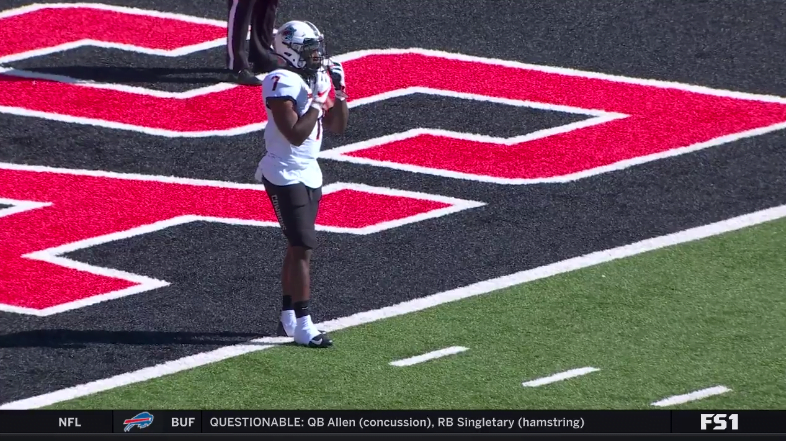 • The first two quarters were the fastest slow half I’ve ever experienced. I never felt like I had a grasp of what was happening, and yet the half also felt like it lasted for three hours.

• OSU is now 25-5 in its past 30 games when playing as an AP ranked
team against an unranked opponent.

• That Tylan penalty in the first quarter was pretty weak. I get it — and I don’t know that I’m against it in theory (I’m always pro-player health) — but it just seems so innocuous.

• The announcers said Tech defensive coordinator Keith Patterson wanted to make Sanders left-handed (by rolling him left instead of right). I don’t know that Patterson thought he would actually play like he was throwing with the wrong hand.

• Multiple hosel rockets from both punters in the first half. Hutton was, uh, not great at times, but at least he wasn’t this bad.

• LD reminds me of Desmond Roland but if Desmond Roland was slower. It’s not great. <– I typed this before that run in the second half. I don’t take it back, but I might in the future.

• Jett is an elite name. I’m kind of annoyed I didn’t name one of my kids Jett. If your name is Jett, there’s a 97 percent chance you’re going to be good at life.

• OSU’s record under Gundy with the following number of turnovers …

• Listen Spencer, here’s what I told all the four- and five-star guys I had when I was cranking out national titles … 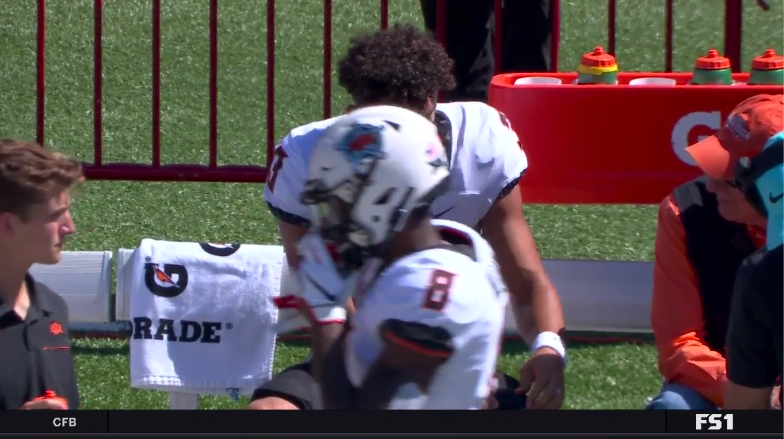 • Tech kicker got about as much on that fake FG as he did on the 43-yarder that came up 10 yards short. I can’t get over it!

• I mean, clearly Sanders can make the throws. He just … doesn’t a lot of the time. I think I go back to it being a velocity issue more than anything. He’s trying to take dudes off their feet with every toss, which I appreciate (!) but it isn’t working.

• Also, here’s the allure. This is not defendable. Nobody can defend it. It’s impossible. This is Zac but with a better arm. It’s what elite QB play looks like. There are slivers, but on Saturday they were almost imperceptible.

• Apropos of nothing, it feels like LSU has had a player named Jordan Jefferson on the team for 39 straight seasons.

• In our gameday thread I felt like I saw this sentence about 100 times: The fact that this is still a two score game is amazing.

• By the way, I think the comment of the day in our thread came after the Tech fake FG when somebody said, well it’s still not the worst fake FG in the Big 12 this year.