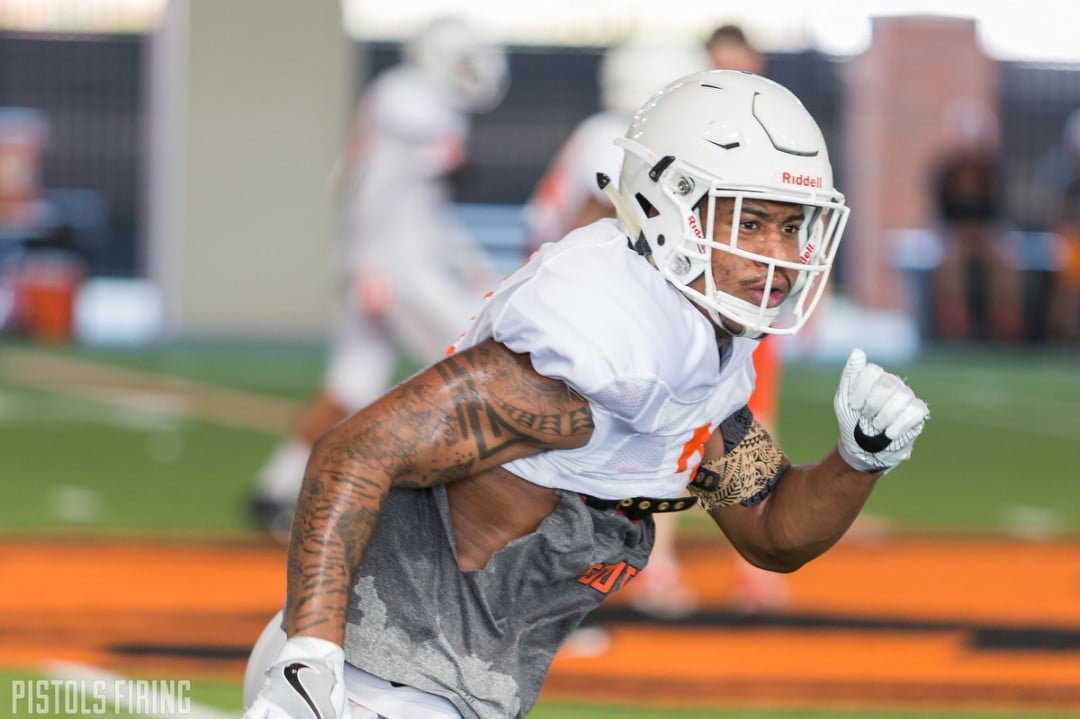 We’re closing in on the finish of our 2018 position previews and the end of the offseason. Let’s put a bow on the defensive side of the ball with a look at OSU’s revamped and retooling safety group.

Be sure to catch up on the other position groups, as well.

Player I’m most excited about: Kenneth Edison-McGruder. The senior from Houston missed four games due to injury last year but topped the depth chart in five as Calvin Bundage’s co-starter at star linebacker.

One of the ancillary benefits of Jim Knowles’ 4-2-5 scheme is that it allows for Edison-McGruder to slide into the “Bandit” safety spot allowing for he, Bundage and Justin Phillips to all be on the field at the same time. More of your best playmakers on the field seems like a good thing to me.

Safety is a position he played in high school and one Mike Gundy thinks he will thrive in with the scheme change.

“In a role that should really fit his style of play,” said Gundy. “Proves how powerful the mental approach to the game is. He feels good about this role. He’s a completely different person than he was … His attitude has been great.”

Player who has the opportunity to surprise: Za’Carrius Green. During each offseason and in fall camp there seems to be a player or two that goes from just a name on the roster to a buzzworthy mention ready to take the next step.

Green seems to be that guy for a safety group that not only increases its on-field numbers in the 4-2-5 scheme, but lost a pair of productive starters in Tre Flowers and Ramon Richards.

The redshirt junior played in all 13 games in 2017, mostly on special teams, but has shown flashes of his athleticism and aggression, which will be much needed in the Cowboys’ new defense.

At Big 12 Media Days, senior defensive tackle Darrion Daniels singled Green out as someone who has a chance to shine this fall.

What concerns me about this group: I think I’m in a wait-and-see mode for the back side of this defense as a whole. There are a lot of moving parts, new faces, and things that will need to be tweaked once Gundy’s new man cave TV gets switched on, but I am pretty optimistic about the mix of playmaking ability, athleticism and experience among the safeties.

Strengths/weaknesses of this group: The strength of this group is its depth. Sure, Thabo Mwaniki is the only safety with starts under his belt (two) — Edison-McGruder has all of his college starts at LB — and they lost a playmaker in Chance Cook who seemed destined for playing time. But there is still plenty of in-game experience in the group. We haven’t even talked about Malcolm Rodriguez or Thabo Mwaniki, a couple of athletic thumpers ready to take on a starting roles and shine this fall.

If this group does have a weakness I guess you could point to the aforementioned lack of starts. But I think a new system and a new DC do level the playing field a bit. There is still no substitute for actual reps against an opponent’s best, but I think the entire defense’s learning curve is closer to the mean — for better or for worse.

Safety play will go a long way in determining just how effective this defense can be against some dynamic Big 12 offenses. I think they’re in a pretty good spot but we’ll have to wait and see.