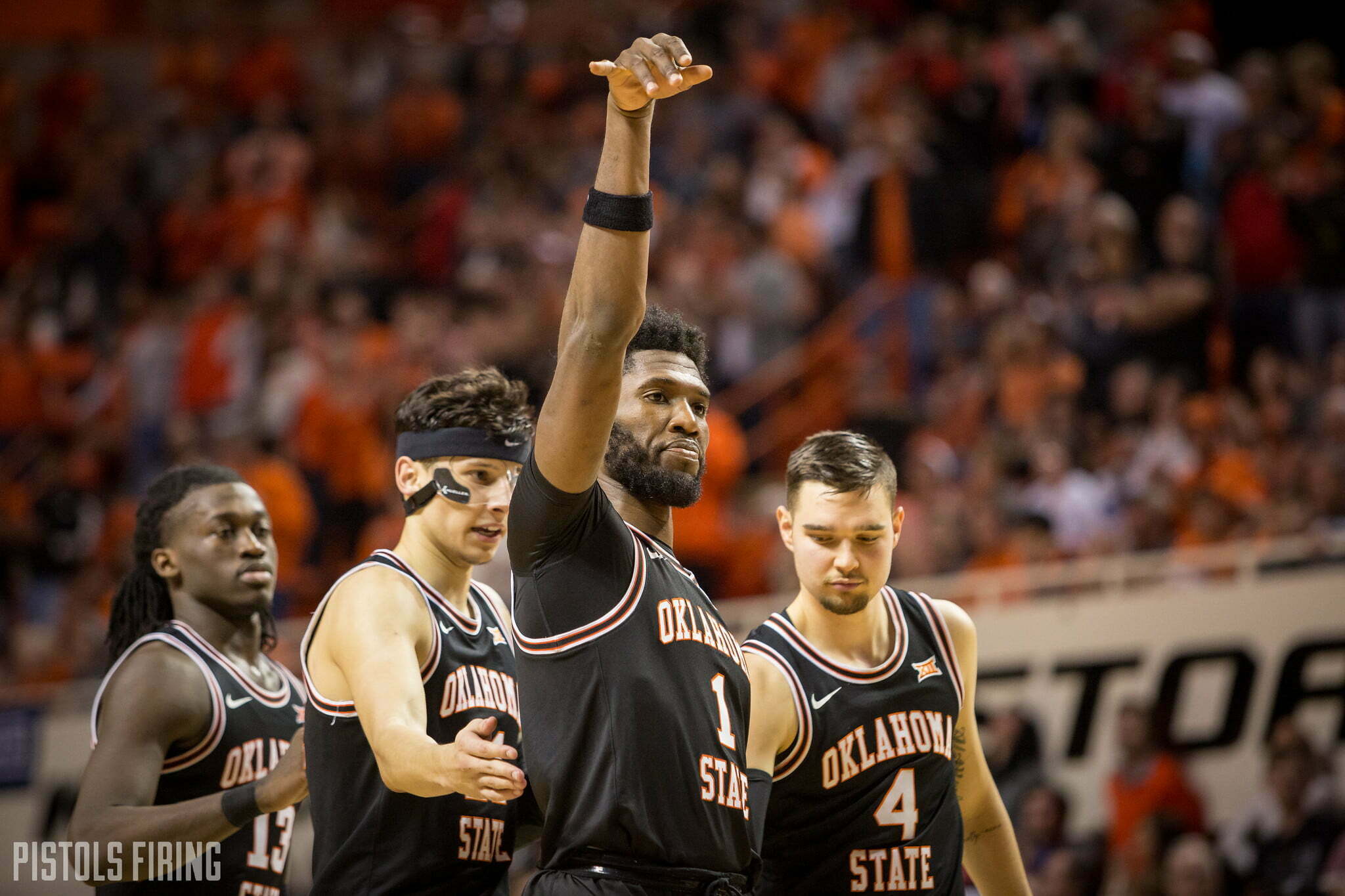 Look, it’s not the postseason tournament anybody wants to be in, but after a 2018-19 season in which OSU only had a single Big 12 Tournament game to play after the regular season schedule was completed, you’ll take what you can get.

Barring a miraculous five-game heater to end the season that leaves OSU 18-13 overall and 8-10 in the Big 12, the Pokes (currently 14-13 and 4-10) will not be playing in the NCAA Tournament here in a few weeks.

However, because of the run OSU has gone on (three wins in four games) and the fact that they’re now just two games out of fifth (!) place in the Big 12 with four games to go, the NIT has become a real possibility.

“I’m extremely proud of all these kids,” coach Mike Boynton said on Saturday after his Pokes thumped OU. “This year, as a whole, hasn’t gone the way we expected. We’re hopeful, there’s still a lot to play for out there for us. They just keep responding …”

So can OSU squeeze into the NIT and make a run at winning both the preseason and postseason version of this event? They’ll have to play well over the last four and win two or three more (including a game or two in the Big 12 Tournament) to have a shot. Here’s the rest of the slate.

Currently, some NIT bracketology sites (!) have them in, and some have them out. The most realistic one I saw had OSU as a No. 5 seed facing Syracuse, which they beat by 14 earlier in the year in the preseason NIT.

Didn't scrub this entirely, but did follow all the bracketing rules. 7 and 8 seeds are very tenuously on the bubble. Full bracket comes out on @mid_madness on Tues, March 3. pic.twitter.com/xfuS5R49tG

If OSU beats Iowa State and Kansas State at home but loses at Kansas and at Texas, it would finish with a 16-15 record and 6-12 record in the Big 12. Given its non-conference slate, that’s probably (?) enough to get in the NIT.

Again, is this the postseason tournament we want to be discussing on Feb. 24? Of course not, but it’s certainly better than nothing. After a disastrous start to the Big 12, OSU is playing good basketball, a kind of basketball Cam McGriff compared to how they were playing in the fall when they won the NIT by 1,393 points over Ole Miss.

So while the season has been a disappointment, and any sliver of hope of a NCAA Tournament bit can probably be extinguished tonight in Allen Fieldhouse, there’s still something to play for when it comes to these Pokes. Because 2020 is important, but it really sets up what should be a fascinating 2021 (and beyond).

Mike Boynton: “I can’t say enough about how much Oklahoma State basketball fans have supported me and I know that I haven’t done enough yet for them but trust me it’s coming.” #OkState