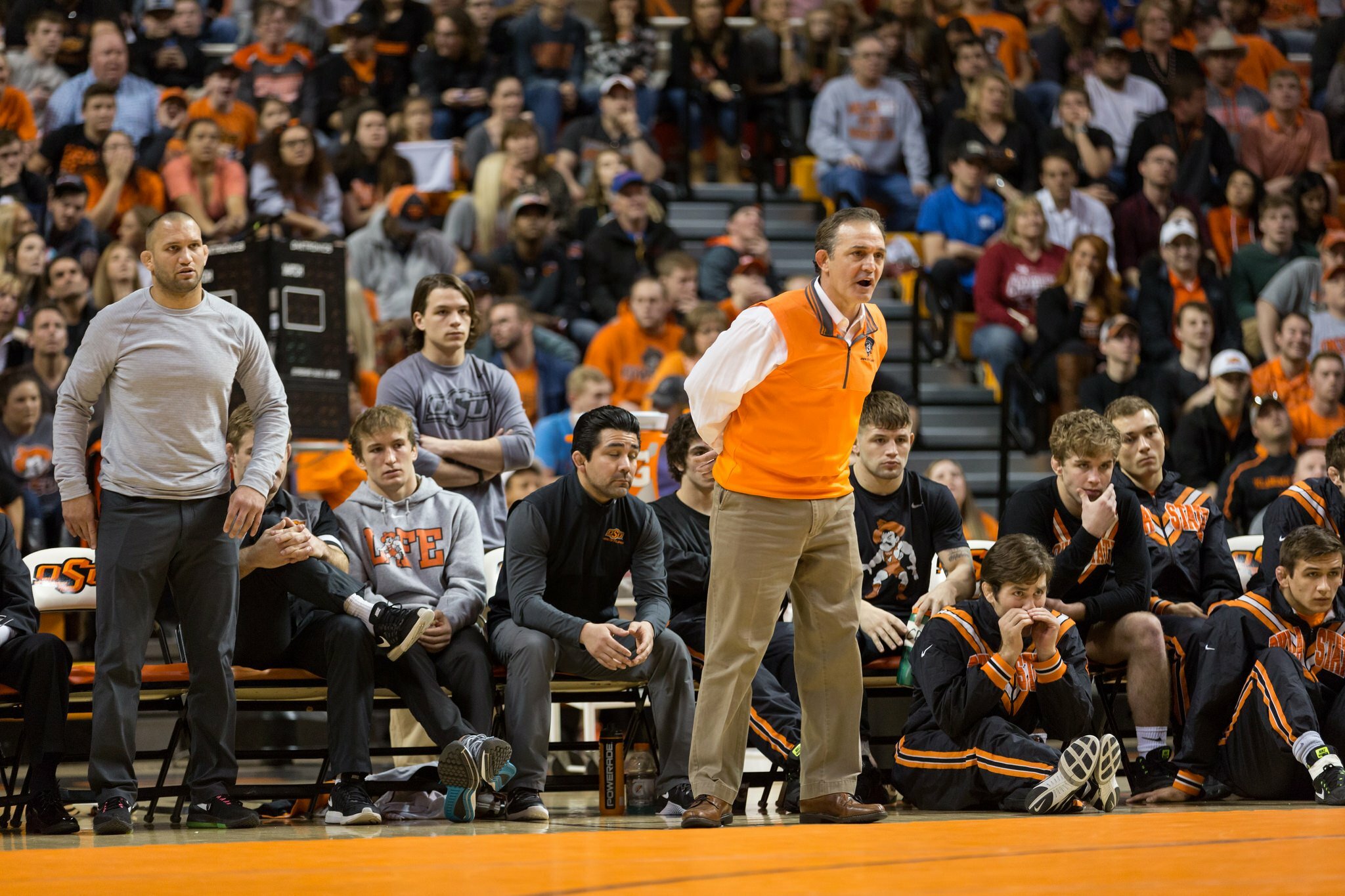 Oklahoma State faces Minnesota on the mat on Sunday evening at 5 p.m., just one week after the Journeyman Classic in Albany. I previewed the dual earlier and today I’m going to break down my pre-dual predictions weight-by-weight.

I have to say up front that I couldn’t have had a tougher dual to pick for my first. Across the board there are a lot of pretty even matches that could go either way. 125, 149, and hopefully 165, 184 and 197 are a few that I definitely think I could be wrong on. My gut tells me OSU could roll and potentially win all 3 of those upper weights, but I know the Cowboys will probably lose a few of the toss-ups, so those are the ones I picked. I went a little more in-depth on what I think should be the most exciting weights. 125 could be an incredible match. So let’s start there.

Nick Piccininni takes out last years NCAA runner up Lizak. This is the biggest match of the night and should be the best. Lizak is one of the best top wrestlers in the country and if he gets on top, it could cause some problems for Pich. He definitely did last year when they wrestled, but Pich is no slouch on top himself and Lizak’s not exactly great on bottom. Like most matches the first period is huge, but it’s really big in this one.

Whoever gets the first takedown will probably get a bit of a ride and tip the riding time in their favor, which is key in this one. One big factor is the weigh-in. Lizak is a big 125 and because of that cut will likely gas out towards the end, so even if Pich is behind going into the 3rd don’t count him out, but ultimately at this early point in the season I simply think Pich has looked better and looks like he’s had a solid summer developing into this season.

Prediction: Pich by decision. Pokes up 3-0

Kaid Brock continues the trend of his rivalry with Mitchell Mckee owning him in college while Mckee has the freestyle advantage. Brock lost one last week, but was well in control when he made a mental mistake that lost him the match late. He still looks solid and like he’s on a mission to make the NCAA finals. Brock gets in trouble with Mckee in freestyle because Brock is a really aggressive wrestler that’s constantly on his offense.

When he shoots in freestyle Mckee throws, gets up in the score and wins. That doesn’t work in college wrestling, so Brock’s offense will work as it does on almost everyone and he’ll win by 3-4 points

Prediction: Brock by decision Pokes up 6-0

Dean Heil continues his trend of winning close. It won’t be dominant and it won’t be bonus, but Heil won’t give up a TD and will grind one out like he always does.

Prediction: Decision for Heil. Up 9-0

Geordan Martinez is still auditioning for the starting job here with Lewallen and Moran also jockeying for the spot. I think that carries him here and he wins a close one over Steve Bleise. Both well rounded wrestlers good on their feet and on the mat, but again I think he’s got some extra motivation here and may even simply be better than Bleise.

Jonce Blaylock goes down here. Jake Short from Minnesota is pretty good and an AA candidate. If Blaylock can avoid giving up a bonus here, it will keep OSU in control if my previous predictions play out as expected.

This will be an interesting one, but I’m going with Nick Wanzek of Minnesota. I really think it could go either way, but Chandler Rogers seems to struggle with bigger bodied guys. I think it’s just because of his style. A lot of throws, upper body, etc… and Wanzek is down a weight from 174 last year, so I could see him having some trouble here.

Jacobe Smith picks up a fall over Brett Pfarr. Smith lost some close ones last week. I think he’ll be eager to get those off his back and come out with some bonus here. He’s a little undersized for the weight, but really athletic. I think he comes out firing and gets some bonus here.

Prediction: Fall by Smith. Pokes up 18-6

I think Keegan Moore’s a pretty talented wrestler, but it’s worth noting here that Owen Webster beat him in high school. Webster spent last year in a D-3 room while Moore spent it at OSU. I’m sure the development has been better for Moore, but I worry about what’s going on with him for coach Smith to say he’s “Half-Pissed” at him. Webster wins a close one, but I could see it going either way

Andrew Marsden likes to throw. Unfortunately Bobby Steveson seems to defend upper body stuff pretty well. The offense Steveson seems to struggle against is guys that shoot a lot and wear him down. Because of that I’m going with Steveson. I just think Steveson will be able to fend off Marsden’s throws and will eventually get a TD to win it. Not especially confident on my pic here. Think it could definitely go either way.

Minnesota is known for having good heavyweights, but White’s the better wrestler here and should win. I think he wins comfortably. No bonus though.

Prediction: Pokes take the dual 21-12. Again, a lot of matches that could go either way in this one and I could be off on this one. Should be a lot of fun though.