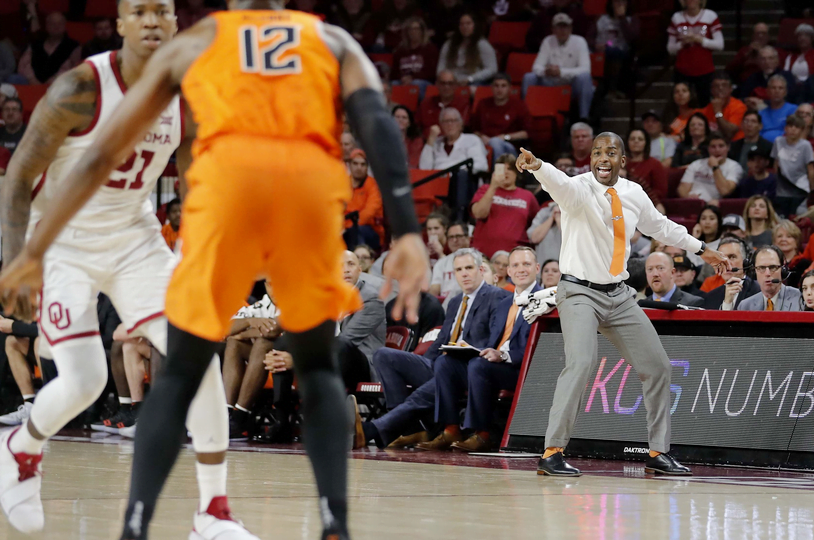 The first iteration of Bedlam hoops ended in disappointing fashion. Round two on Wednesday night may not be much better.

Despite the Pokes playing host this go-round, they are slight underdogs at SportsLine.com and at KenPom.com. Considering Boynton and Co. booted three players off the team this past week, gutting what little depth OSU had, the odds are better-than-expected.

A close one may be in order taking stock of both programs.

When OU faced OSU on Jan. 5, it did so coming off a close loss on the road against KU, and coming off a hot 11-2 start. Since that time, however, the Sooners have slid: they’re now 13-5 having lost three of their last four, including a 3-point loss to the Matthew McConaughey-coached Texas Longhorns this past weekend.

Ahead of Wednesday’s matchup, the PFB team laid out predictions on what to expect. Check it.

Boone: Over. Crime Daddy has struggled in Bedlam games historically — he’s scored 9, 6, 4, 18, 0 and 0 over his career against the Sooners — but he’s in line for a breakout. I also expect him to be in the rotation for a minimum of 35 minutes in this one. He played 39 in the first round.

Cox: Over. McGriff is riding a streak of three-straight games of at least 15 points and four straight scoring double digits. Most importantly, OSU will need it.

Ragusa: Over/under 15 points from Cameron McGriff? In the four games since his 9 point outing against OU in the first bedlam matchup, Cam is averaging right at 15 points per contest. With this game being at home, and Cam having to take on more of the scoring load without Michael Weathers on the roster, I’m going to take the over here.

Oklahoma State is making, on average, 8.6 3-pointers per game. You taking the over or under?

Cox: Over. It better be, because they will need it.

Ragusa: The Pokes have taken over 27 threes in their past two games. With Coach Boynton asking Lindy Waters to be more aggressive on offense, I think he takes a few more shots, and 3-pointers, than normal. With the Cowboys shooting nearly 38 percent from long distance on the year, if they take close to 30 shots from three again, I think they go over 8.6 makes.

Cox: It seems simple enough, but OSU needs to outrebound the Sooners and make over 35 percent of their 3-point attempts. OSU is 6-1 when that happens this year, but shot just 23 percent from deep in Round 1 of Bedlam, and lost the battle of the boards by five in the 10-point loss. Streaky shooting and effort will need to go their way for the Cowboys to even the season series.

Ragusa: They shoot above 43 percent from long range. In their eight victories this season, OSU is averaging 43.7 percent from three, if they take close to 30 like I mentioned above, this will be around 13 makes from beyond the arc.

KenPom.com predicts the final score will be OU 71, OSU 69. ​What’s your score prediction?