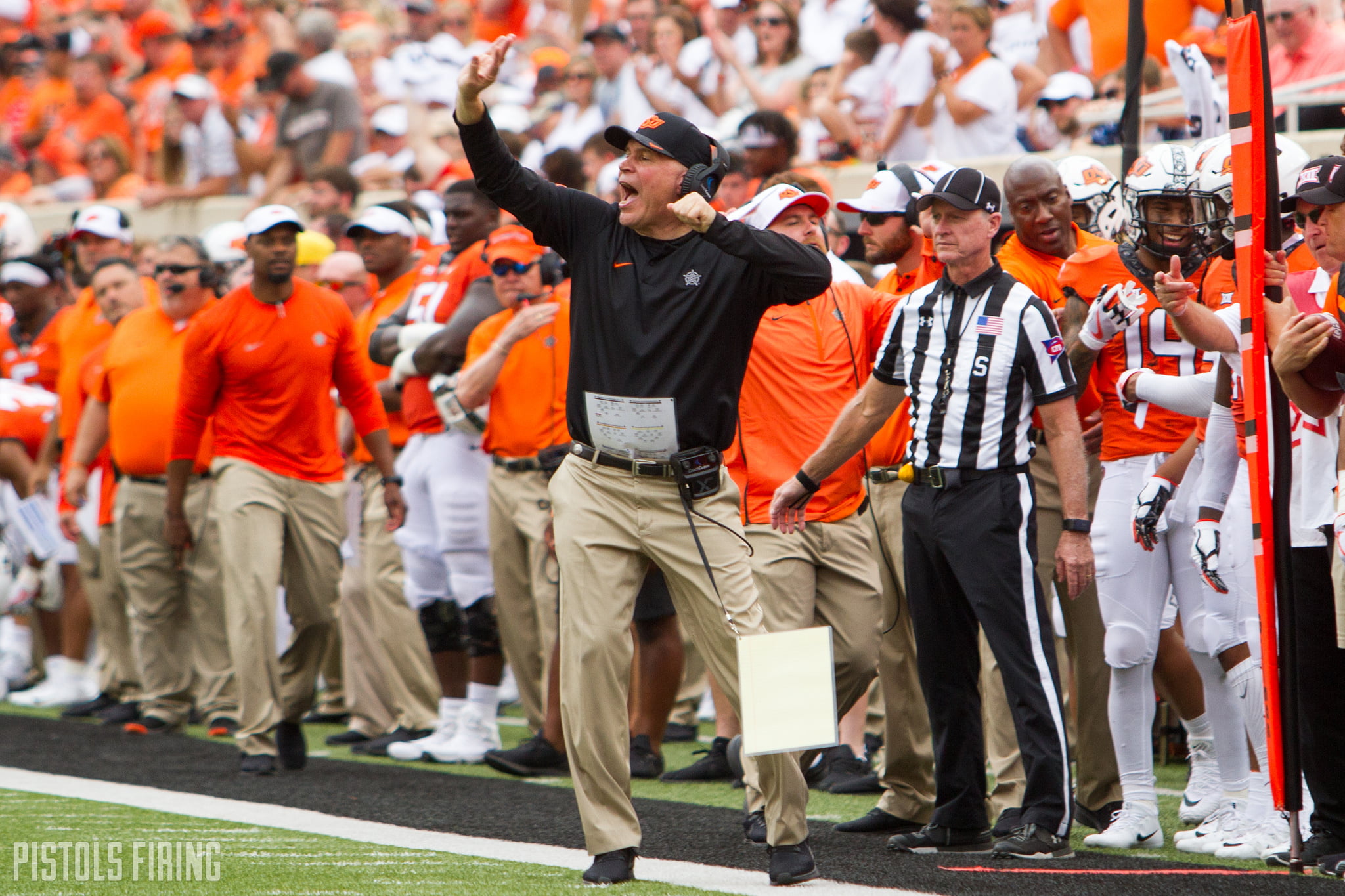 Don’t look now, but amid all the hubbub of the looming Bedlam brawl in Week 13 with conference — and national — championship implications at stake, Oklahoma State with a win on Saturday over Texas Tech can clinch a spot in the Big 12 championship game.

The 9-1 Cowboys control their own destiny with two regular-season games remaining and can ease the pressure of Bedlam if they handle business as a double-digit road favorite. It won’t come easy, though, because this figures to be a raucous environment at night with tortillas flying, title game hopes on the line and a program hoping to turn a new leaf under a new coaching regime.

Our predictions for the game are below.

Thoughts: I have been hesitant to pick OSU to score in the mid-30 to low-40 range, but the Cowboys’ offense is getting better. And Tech has given up the third most points in the Big 12 this season (behind only Kansas and TCU, teams OSU lit it up on). Tech has been good offensively, so I could see the Red Raiders hanging around. But I could also see this turning into the TCU game.

Thoughts: Texas Tech quietly has the fourth-best scoring offense in the Big 12 and its 33.6 points per game ranks top-30 among all FBS teams. So even in what’s been a mostly lost season, the 6-4 Red Raiders are doing what they always seemingly do: score it with frequency. OSU’s defense will be its toughest challenge yet, though. I expect they’ll score a respectable number — especially against this Jim Knowles-led unit — but that it won’t be enough in a closer-than-expected contest.

Thoughts: OSU wins, but not exactly in the way we’re accustomed to. The Red Raiders have allowed just 81 yards per game on the ground over the last three — against K-State, Oklahoma and Iowa State — and that’s where the Cowboys’ bread is buttered. So it will be up to Spencer Sanders and Co. to make Keith Patterson’s defense pay for selling out to stop the run. By the way, they’ve paid plenty, giving up 374 passing yards per game and 11 TDs through the air during that stretch. OSU’s defense is stout enough to flex and bother rookie QB Donovan Smith into his worst outing of his young career, Cowboys drive home from Lubbock with a win and drop their RSVP in Arlington on the way.