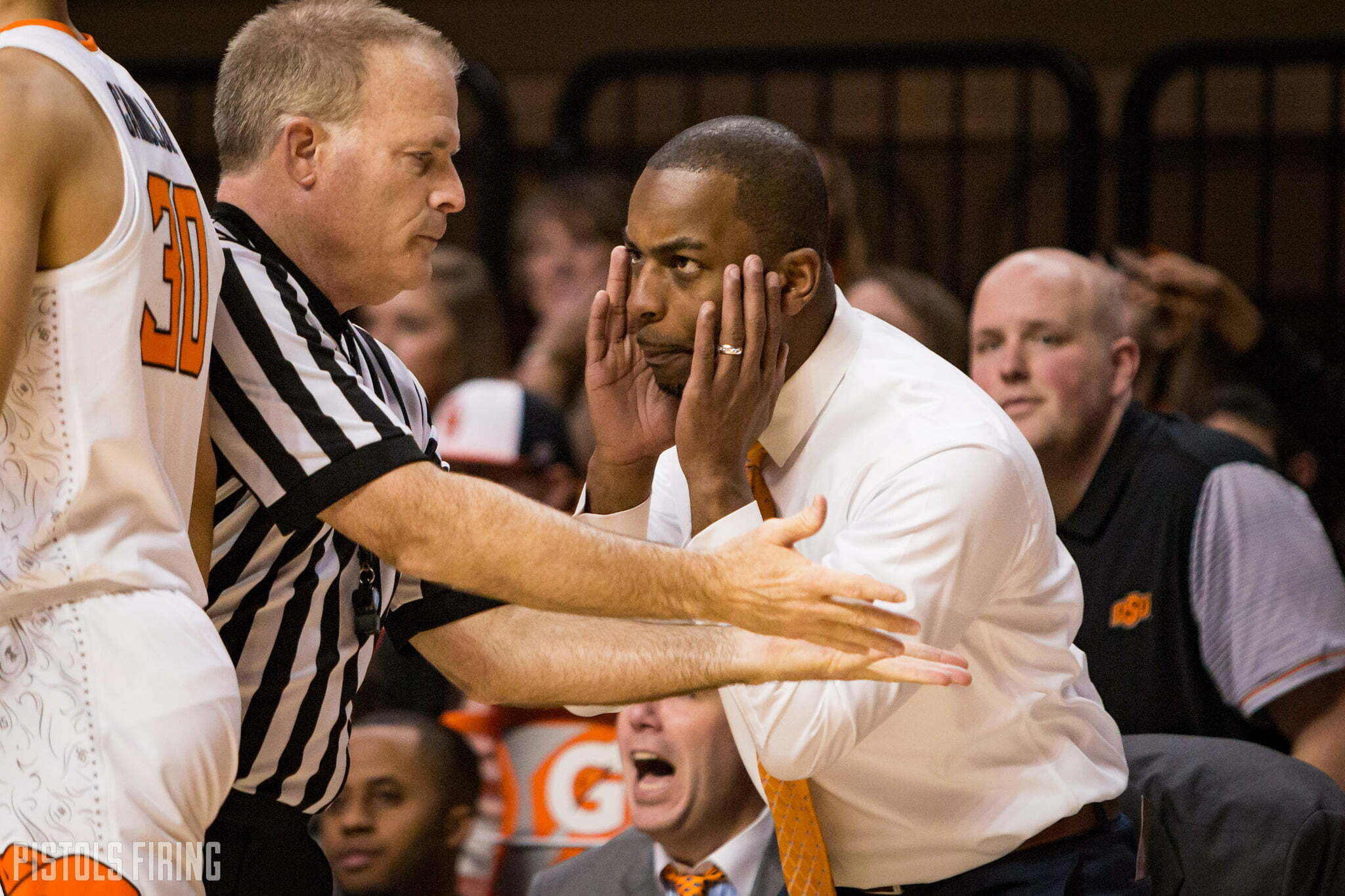 The Cowboys are home for Championship Weekend after coming up short against Kansas on Thursday and can only watch as the Jayhawks try to earn a Big 12 Tournament trophy to go along with their 14th-straight regular season championship.

But there is something much bigger weighing on the minds of Mike Boynton, his staff and his players. When the NCAA Tournament selection committee releases its field of 68 waltzing partners, will the Cowboys be among them?

Have they done enough? How important is the RPI? Does a team that enjoyed one of the better finishes to their regular season in the country get a chance to show that it can play giant killer once again? How will the committee treat that big, orange elephant in the room?

Following his team’s second-round loss to Kansas in the Big 12 Tournament, Mike Boynton shared his thoughts on where the Cowboys stand.

“Obviously, I think we’ve done what we’re supposed to do,” Boynton said. “We play in the best league in America, without question. If people can get over the fact that they didn’t think we would be any good in October, with all that was going on in our program and open their eyes and watch what we’ve done and the team that played the last two days and the last couple of weeks.”

"I'll sleep well this week knowing that if anybody watched our team play, it's hard to deny we're a pretty damn good team and worthy of being in the tournament and can have success against anybody." –@thacoachmike pic.twitter.com/IrMHBnPxi7

“Really over the course of the season we have done some really good work and I don’t think it’s a question of whether we deserve to play in the NCAA tournament.”

Before we get into some projections, here’s what you need to know about the upcoming Selection Sunday festivities.

The show will be aired on TBS at 5 p.m. Central Time. This go-round there will include a live studio audience, which could make things interesting if, say, the Pokes are snubbed. There will also be an alternate streaming version “Fast Break,” similar the NFL’s RedZone coverage.

The show will be stretched out to a maddening two hours in length, but the 68 teams selected will be announced first, followed by seeding, no doubt some team reaction shots and plenty of analysis.

NCAA correspondent and former ESPNer Andy Katz is predicting an at-large bid for the Pokes. He says OSU is safely in but has Oklahoma as one of 13 teams currently vying for a play-in game in Dayton.

ESPN bracketologist Joe Lunardi currently sees things the other way. He still has Oklahoma one of the last four in and has Oklahoma State, winners of two of three Bedlams, as now the third team out.

CBS Sports’ bracket expert Jerry Palm has Oklahoma State on the outside looking in, and not even in his first four out.

Bleacher Report compared blind resumes between several bubble teams. It’s a good read that you should check out, but this was a great point.

Is it a murderer’s row? No. Not really. But how in the world is it ranked one spot behind North Carolina Central’s nonconference schedule, which featured a grand total of one game against an RPI top-150 team (No. 97 Marshall)? Bleacher Report

Who knows how things will shake out, but regardless of what happens, we’re in for what should be a dramatic and interesting Sunday afternoon.