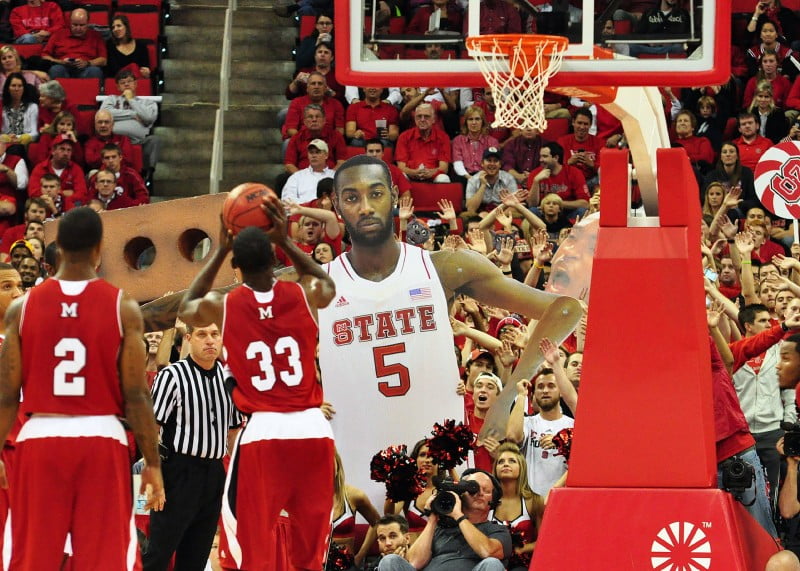 Adj. efficiency – Points per 100 possessions (adjusted for quality of opponent and site of game).
Adj. tempo – Possessions per game (adjusted for schedule and pace of other team).
Effective FG % – Takes into account extra value of 3s.
Turnover % – Turnovers divided by possessions.

1. Massive W – This would be OSU’s biggest non-conference win since beating Pitt in double OT in OKC in 2007 when they were ranked 13th in KenPom’s rankings.

3. Will Jurick show up again? – The big man was terrific against Tennessee and really affected the way the game was played. NC State’s best player, guard Lorenzo Brown, loves getting into the lane and putting up shots or dishing to open guys. Can Jurick help defend him and force some points the other way? He’ll have to for OSU to win.