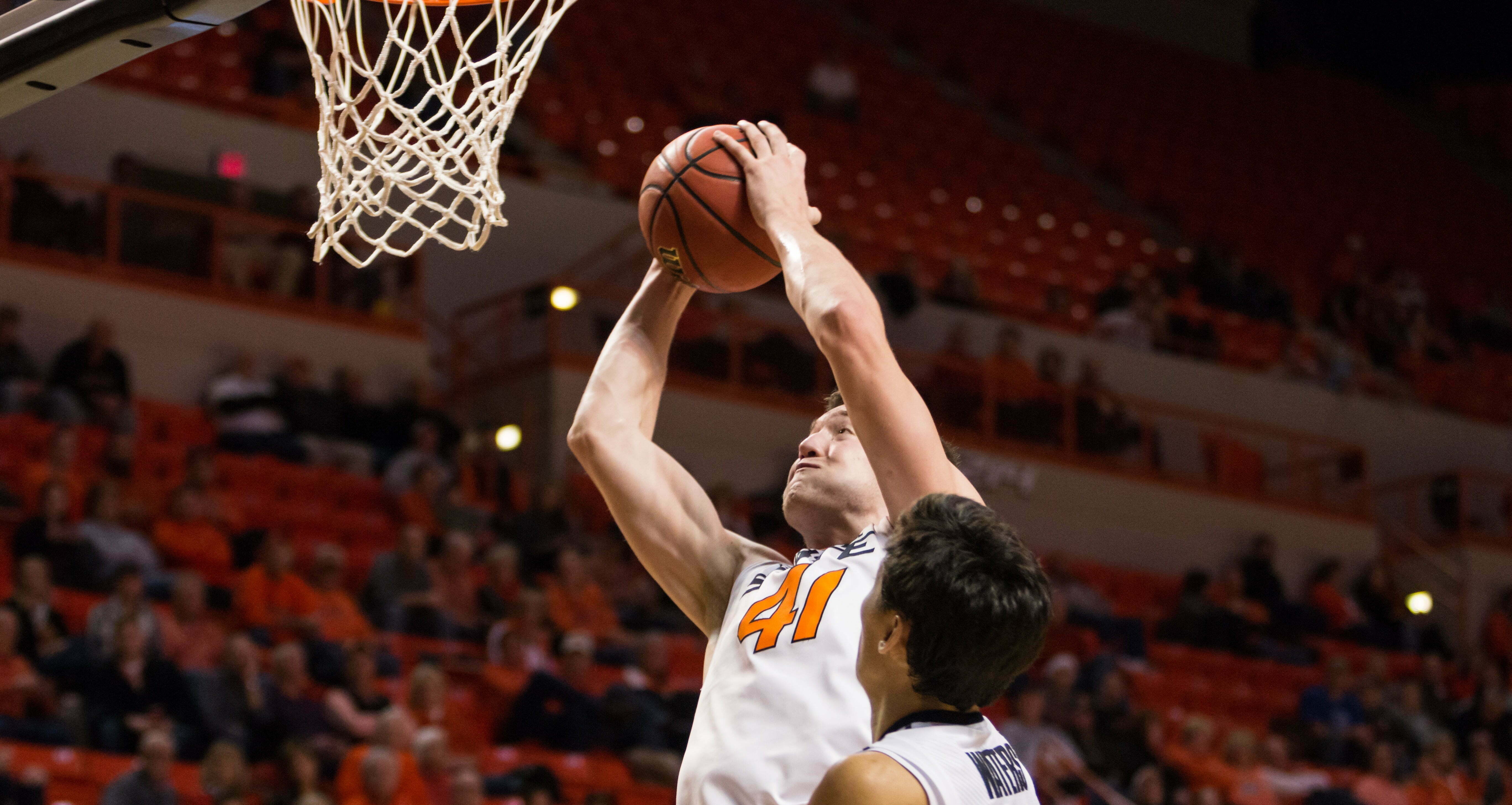 The Texas Longhorns (6-7) are a youthful bunch after first-team All-Big 12 point guard Isaiah Taylor left them for the NBA (D-League) and Shaka Smart ain’t looking too, uh, intelligent with these young pups so far. Texas, picked third in the Big 12 before the season started, looks to be one of the worst teams in the league.

Losing beastly post man Cameron Ridley and the defensive player of the year at center in 6’11” Prince Ibeh to graduation didn’t help either. But a top 5 recruiting class headlined by a talented young big man make the Horns an interesting team to watch and the Oklahoma State Cowboys (10-3) will look to get that first conference win for Brad Underwood tonight in Austin. It would also be Underwood’s 100th win overall.

It’s not pretty for the Horns. The Longhorns ran out of gas in Manhattan last weekend, losing the conference opener to a struggling Wildcat ball club. K-State shot any abysmal 17-47 (36 percent) from the field but the Cats turned over the Horns all night long (17 turnovers) and Texas never led after the half.

Losing seven of their last ten (featuring home losses to the Kent State Golden Flashes and UT-Arlington), the Horns are looking for a momentum-changing win.

The freshman McDonald’s All American is on fire lately with three double-doubles and averaging 14.5 points over the last four games. Allen can “protect the rim, has soft hands and runs the floor well” according to DraftExpress.com and could pose some problems in the lane for Jawun Evans. At 6’11”, there’s no telling who Coach Underwood will throw on him but look for No. 31 to be a difference maker.

Jarrett Allen says welcome to my poster to the SEC preseason Player of the Year #HookEm pic.twitter.com/nPf4zed8EQ

While small forward Tevin Mack leads the team in scoring, Roach spurs the offense with his quickness/attacking ability. The point guard leads the team in assists and steals and while he’s still figuring out the pick and roll, he’s been consistent for UT.

Five-star forward Jarrett Allen is a hound on the boards, leading the team. Now, he’s got his work cut out for him as this Texas team can’t hit water jumping out of a boat. Allen and senior forward Shaq Cleare, a Maryland transfer who lost 30 pounds in the off-season, will be tough to keep off the glass for Solomon and Co. Another freshman center, James Banks, comes off the bench to lead the team in swatted shots, it’s safe to consider protecting the rim a strength for the Horns.

Alternatively the UT offense has struggled putting up 69.5 per game, good for 265th in the NCAA. Filling it up and getting the ball to the right team have been the biggest issues for the Horns as their 12.8 turnovers per game (114th nationally) aren’t stellar. Look for Underwood’s defense to sweat out the young Horns.

While the Horns were ranked no. 21 in the preseason, the Horns offense has plodded along, suffering primarily from a “lack of identity” per ESPN’s Andy Katz. The Cowboys will look to rebound on the road tonight before a big game this weekend against the no. 2 ranked Baylor Bears.

• Leyton Hammonds is averaging 12 and 6 over his last four games.

• Underwood’s bench averages 43 percent of its minutes which is the 13th-most in the nation.

• OSU takes a seven-game Big 12 losing streak into this game.

• The only other time Underwood has faced Smart came in the 2014 NCAA Tournament. Underwood’s SFA team trailed by five with 32 seconds left before winning in overtime.