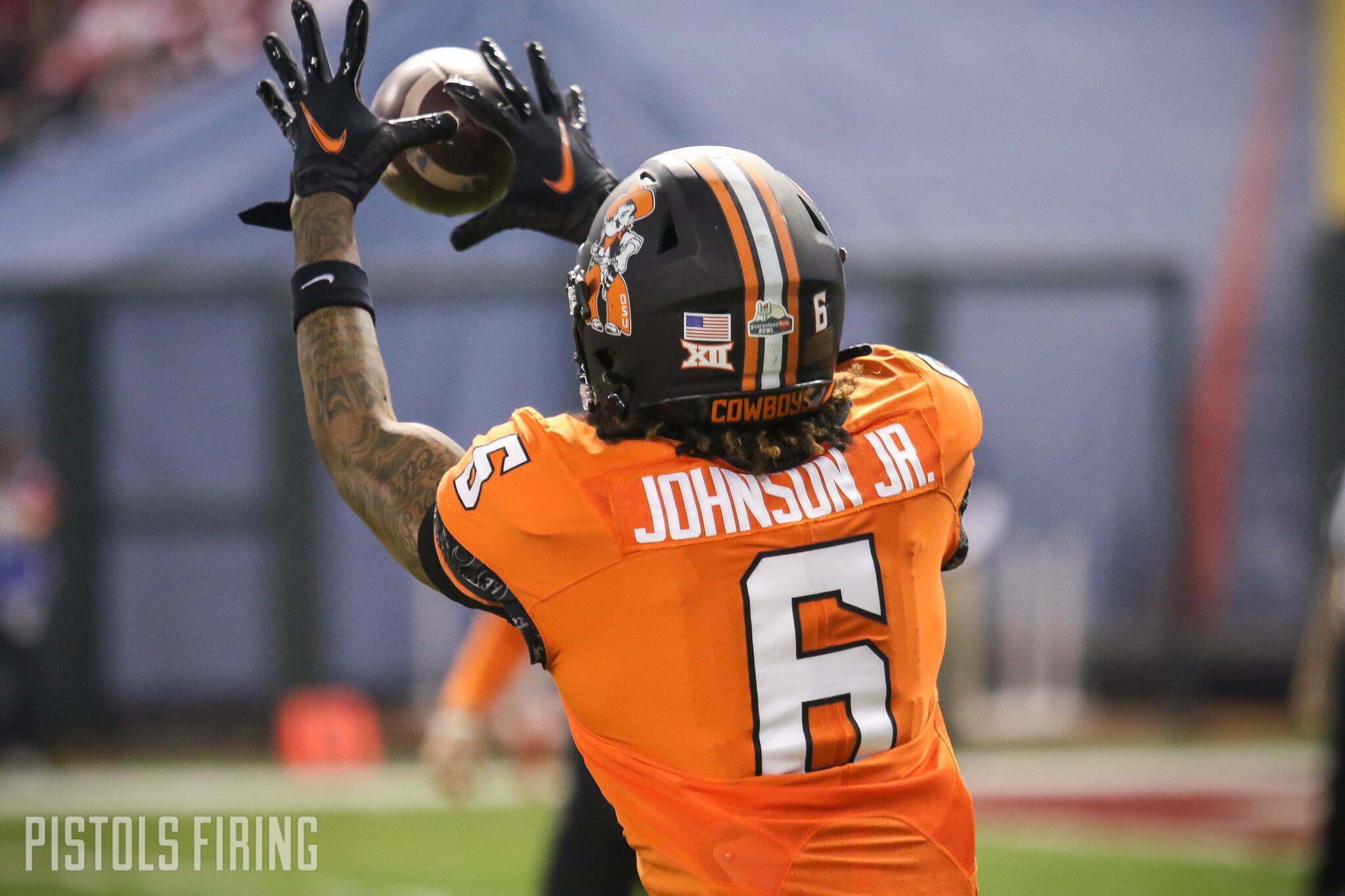 Promising OSU freshman receiver Stephon Johnson Jr. became the latest player to enter the transfer portal amid an onslaught of exits from the program this week as 247Sports’ Cody Nagel reported Wednesday that he has submitted his name into the portal. Johnson is the third receiver in the last 24 hours to enter the portal joining starters John Paul Richardson and Bryson Green.

Johnson Jr.’s departure is as stunning as any of the last few weeks and serves as a devastating blow to OSU’s receiving corps. of the future. He earned more playing time as the season wore on and as a true freshman showed promise as a possible starter for as early as 2023. His playmaking skills and ability to play big was on display in the Guaranteed Rate Bowl as he housed his only catch of the night for 84 yards.

Johnson Jr. signed with OSU over offers from Oregon, Arizona State, Arkansas, SMU, Ole Miss and USC, among others as a high three-star recruit. In limited action with OSU this season he accrued 293 yards receiving and two touchdowns on 17 receptions.