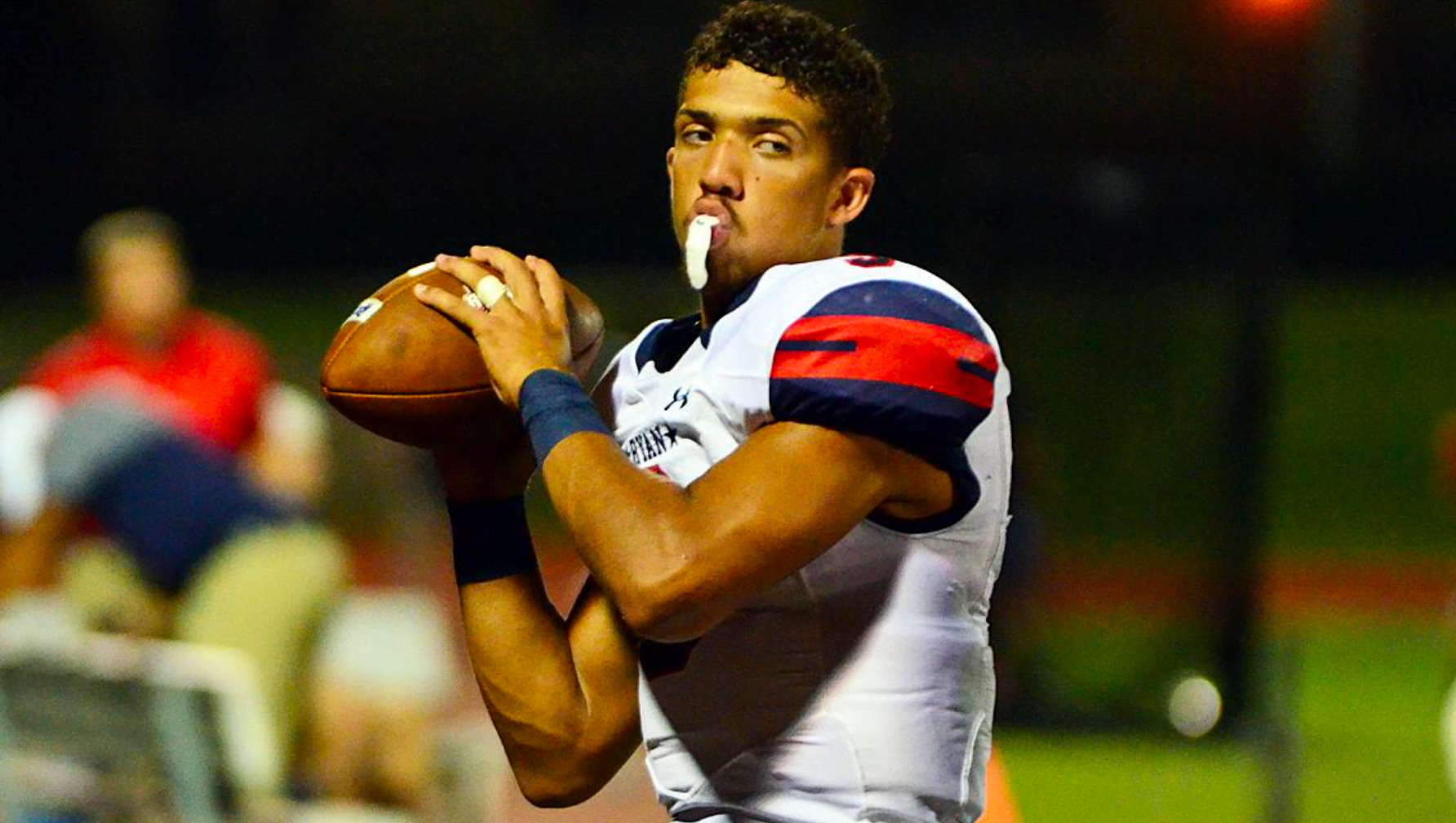 Mason Rudolph’s departure from Oklahoma State’s football team is paired with optimism for the future. Spencer Sanders, the Gatorade Texas Football Player of the Year, will direct OSU’s offense in the coming years, and fans have reason to be excited. A four-star prospect, Sanders started at Denton Ryan High School all four years, amassing more than 8,700 yards and 106 touchdowns through the air to go with 3,183 rushing yards and 40 scores.

I talked to his high school coach, Dave Henigan, who discussed what Sanders can bring to Stillwater. Let’s get to it.

Luke Garza: Football aside, what were your first impressions of Spencer?

Dave Henigan: He’s a real confident kid. I think he’s always kinda been a mature-type kid. He’s always seemed older than he actually is. His confidence is a big deal.

LG: What’d he do that made his confidence stand out to you?

LG: What do you think attributed to that confidence?

DH: He’s got an older sister that is a big-time soccer player. She’s a scholarship soccer player at UNT. But I think it’s his parents, they way they raised him. They raised him tough and made him work. He’s always been pushed athletically to where he’s gonna work at it and where he’s always playing with kids, possibly, that were older than him. I think his parents had a lot to do with that.

LG: You mentioned how impressive it is that he won the starting job as a 14-year-old. Is that kinda when you realized his potential? Or, when did you realize ‘This kid is gonna be special at the next level?’

DH: We knew when he was in the eighth grade that he was gonna be special, or earlier, for that matter. Joey Florence, who was the head coach here before me, always told me this is the best junior high football player he’s ever seen. He scored every touchdown and made every tackle, so we knew he was gonna be really good. We didn’t really know how good, but we knew he was gonna be a great one. He’s just gotten better and better the more he settled into playing quarterback. He really didn’t start playing quarterback until seventh grade, full-time.

LG: You mentioned he played defense, what positions did he play other than quarterback?

DH: He played safety for us. He didn’t play a lot, but in the playoffs, in key times when we needed to put him in on defense, he did. He wanted to play a lot more but he was obviously too valuable to us on offense to risk it. But we played him some. He would have been a great safety, too.

LG: He’s labeled as a dual-threat QB online, and a lot of times that label lumps him into, ‘He’s a runner first.’ What can you say about his passing ability?

Spencer is a pocket passer that can pull it down and score. So there’s a big difference. He’s a pass-first guy, but he has the ability to beat you with his legs if he needs to. He’s a pocket passer. There’s no doubt. I don’t think that label is really accurate for him, to be honest with you, other than the fact that he can run.

LG: How strong would you say his arm is?

DH: He’s got a big-time arm. I’ve had five Division I quarterbacks over the years and he’s got the strongest arm out of all of them. He’s got great velocity. He can make any throw. He can squeeze it into a tight window, he’s accurate, he throws the deep ball really well. He’s got a big arm.

He’s got a little bit of a different delivery, kinda winds it up a little bit, but it gets out fast and gets where it needs to be. It’s not a perfect, prototypical, what everybody loves to have, but when you look at a lot of the great ones, they don’t necessarily have that perfect deal. Brett Favre didn’t, there’s a lot of guys that don’t have that perfect delivery. Spencer’s got a big arm.

LG: How did he respond to not only coming back from his ACL injury the first time, but also the second time? How did you see him handle that and compose himself as he worked his way back into things?

DH: I think initially he was distraught because, honestly, it cost us a state championship, or the potential to win a state championship. He obviously wanted to be a part of that. Initially it was hard on him. He’s not that kid who’s gonna sit around and feel sorry for himself. He picks himself up pretty quickly. He went back to work and made it back in five months from the first one, which is about a month earlier than normal. He said ‘I’m gonna be back in five months again,’ and just went back to work. He had a great demeanor about it, great work ethic, great attitude. He could have been cleared after five months. They didn’t clear him, but he could have been. He was ready. He had great character about the whole situation.

LG: How do you see his first year at OSU going?

LG: If he happens to redshirt, what are some areas he should hammer down on and improve upon during that time?

DH: Just getting stronger. He’s a strong kid right now, but at that level, it’s good to increase that part of your game because it just becomes more physical. Although I think our offense we run here is similar to Oklahoma State’s in many ways, it’s a college versus a high school, so they’re more complex. Just grasping the whole playbook. Continuing to understand that not only is the game physical, but it’s a big mental commitment to play that position at the next level.