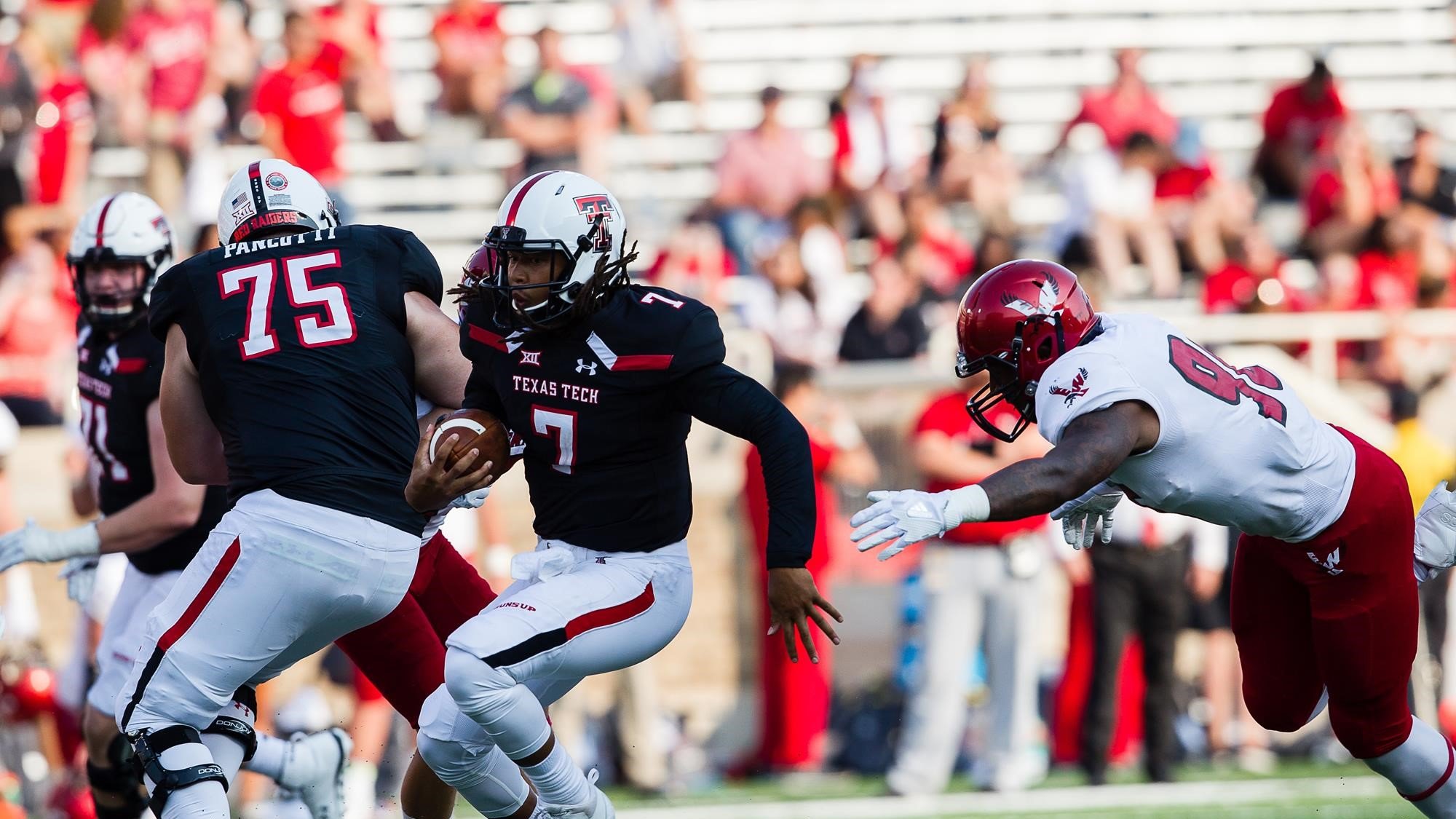 Oklahoma State heads to Lubbock on Saturday to take on a Texas Tech program in Year 1 of an attempted rebuild and now without its franchise QB.

Alan Bowman, again, will miss serious time with injury. For Oklahoma last week, Matt Wells and his OC David Yost, went with their senior grad transfer to start, but the Jackson Tyner Experiment, it appears, was short-lived. After five pass attempts and one completion for 2 yards, the Red Raiders went with junior dual-threat passer Jett Duffey who finished 11-for-20 for 120 yards, no TDs and no picks.

On Monday, Wells confirmed it would be Jett Duffey’s job moving forward.

“Saw it in the game first, then video confirmed it,” said Wells. “Thought he was aggressive. Thought he made some good plays. Room for improvement, just like me and the rest of them, but I think he gives us the best chance to win.”

So let’s see how Duffey and Spencer Sanders stack up from a numbers standpoint.

Obviously, with zero starts and only two appearances in 2019, Duffey’s numbers don’t compare to Sanders’. But we can look at last year when Duffey spelled Alan Bowman, that time due to a lung injury.

Duffey appeared in eight games and started three in 2018, slinging it for 1,221 yards, eight touchdowns and six interceptions. He completed 67.5 percent of his throws and turned in a passer rating of 143.5.

Duffey presents a run threat as well. Despite his limited role, his 369 yards led the Red Raiders last season and he rushed for another four TDs. In fact, Duffey was the first Tech QB to lead the team in rushing since 1973. That’s probably more an indictment on Tech’s run game last year than anything, but the point remains — Jim Knowles and Co. have to worry about Duffey’s legs.

OSU has really only faced one “dual-threat” QB this year, Texas’ Sam Ehlinger who turned in a season-high 70 yards on seven runs, but most of those were scrambles.

In a somewhat conservative gameplan last week at OU, Duffey ran it seven times for just 16 yards, but with a full week to prepare for Duffery as their starter, I would expect the Red Raiders coaching staff to add in some designed runs.

During his per-Tech presser on Monday, Mike Gundy was asked about the challenge Duffey presents to his defense.

“Well he played last year,” said Gundy. “Run around a little bit, and I think they’re gonna do some read stuff with him. They want to throw screens. They want to throw bubbles, get the ball out of his hand quick. They like to throw the inside game, slants and such, and then throw it down the field.”

Duffey has shown the ability to be an adequate passer over his career, and it will be about OSU’s defense and its ability to limit big plays and bring pressure while also containing that potential run threat.