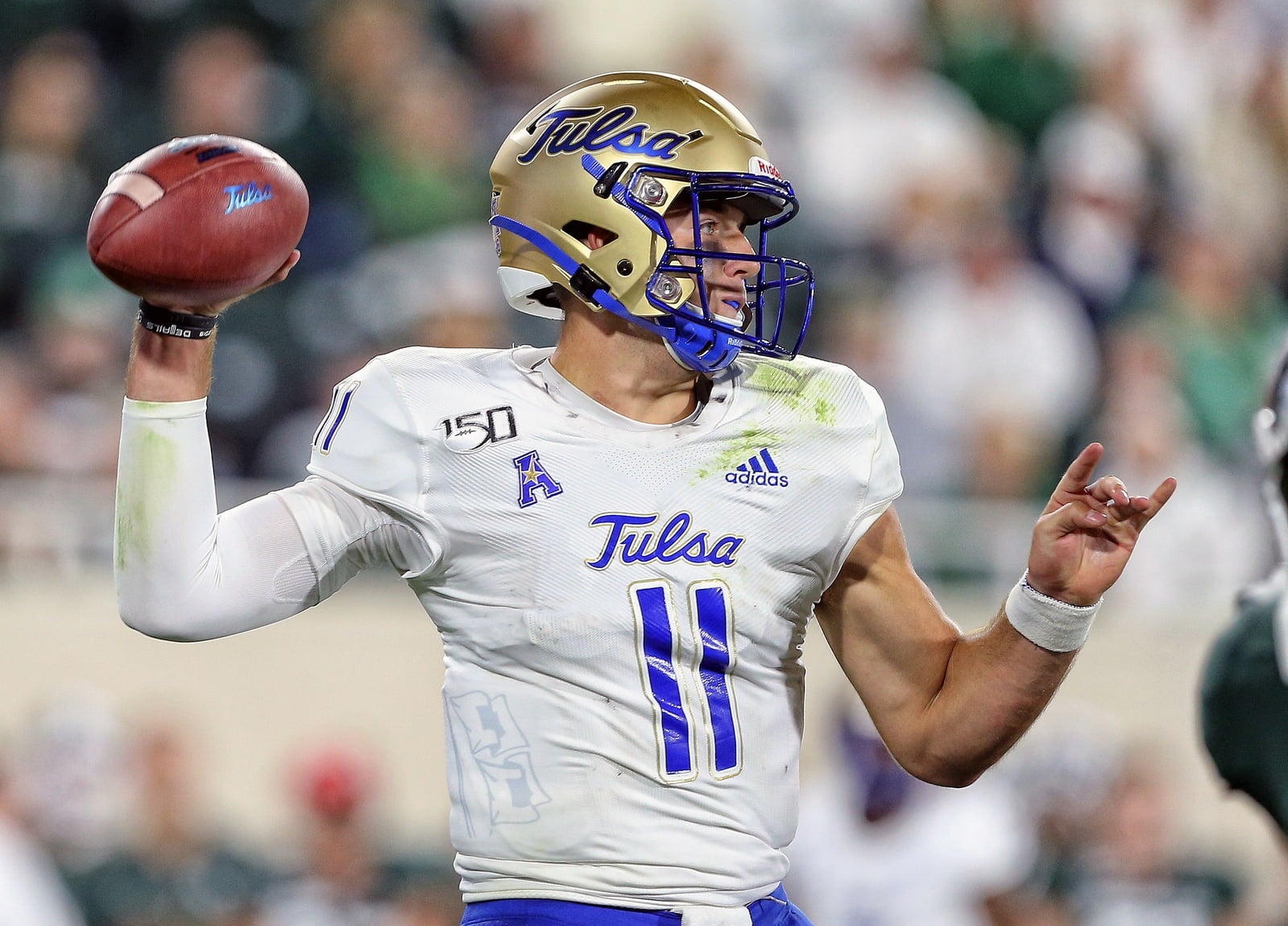 The Cowboys end their nonconference slate with a familiar opponent, heading roughly 70 miles east to face Tulsa. When it comes to this weekend’s QB battle, Spencer Sander’s counterpart will also be familiar to OSU fans.

Zach Smith is two games into his eligibility at Tulsa, but he came to the Golden Hurricane 10 with Big 12 starts under his belt at Baylor. Last January, Smith joined head coach Philip Montgomery — who recruited him as the Bears’ offensive coordinator —  and sat out the 2018 season due to transfer rules.

Let’s see how Sanders and Smith stack up from a numbers standpoint through two games.

As a high school prospect, Smith was the prototypical pocket passer at 6 foot 4 and 220 pounds. The three-star quarterback from Grandview High School ended his career among the Top 10 Texas passers of all time with 10,217 yards and 113 passing TDs.

247Sports ranked Smith as the No. 16 pro-style passer in the 2016 class and the No. 58 overall prospect from the state of Texas. Of course, across the field will be a former four-star recruit and the No. 8 dual-threat QB in 2018 and the 17th-ranked Texas prospect in Sanders.

After an up-and-down performance in a loss to Michigan State in the opener, Smith rebounded in a win at San Jose State going 21-of-28 for 283 yards and a score. Smith will make his home debut as Tulsa’s QB at H.A. Chapman Stadium on Saturday.

At Baylor, Smith had one meeting with Oklahoma State, but it’s probably one he’d like to forget. He and the Bears were OSU’s Homecoming guests in 2017 in a game the Cowboys won handily 59-16. Smith mustered just 127 yards on an abysmal 39.3-percent completion rate, had zero touchdowns and threw an interception. But this is a new team and an untested defense that he’ll face from Oklahoma State.

Who’s Got the Edge?

I’m going to have to go with Spencer Sanders on this one. Though he is much less experienced — and much less tested — the Cowboys QB has already shown that he’s got the type of God-given athletic talent that experience can’t teach. Spencer’s got a ways to go when it comes to experience, and we’ve yet to see him face a legitimate defense, but I think he has another big nonconference game, and gets the edge over Zach Smith.