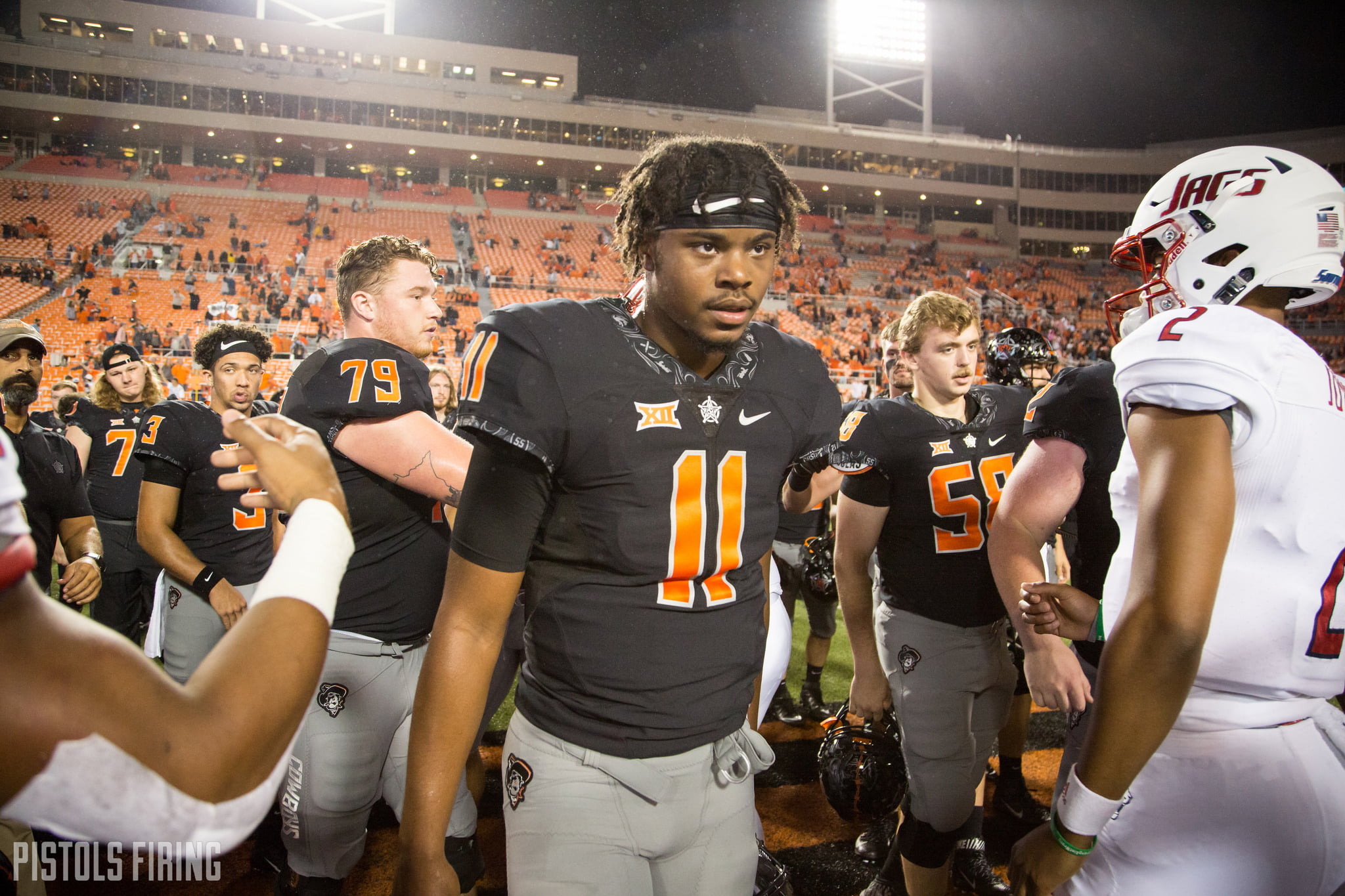 Oklahoma State quarterback Keondre Wudtee announced Tuesday afternoon that he is transferring from Oklahoma State. His decision comes less than a week removed from the discovery that he had placed his name into the transfer portal, the first step in seeking a transfer.

Putting your name into the portal does not preclude returning to the school you currently attend; it does, however, give the program you’re in the option to cut your scholarship at the end of the semester.

Wudtee cited a medical situation to the matriarch of his family as the reason for his leaving.

“At the beginning of the 2018 season, the matriarch of my family was diagnosed with a medical situation that is of great concern to me,” he said. “Due to the situation, I have decided to transfer from OSU and continue my academic/athletic future elsewhere.”

Wudtee redshirted in 2016 and played sparingly in 2017 and 2018, attempting a combined 15 passes for 110 yards and logging 33 rushing yards in two seasons. Going into 2019, he was expected to be the fourth quarterback on OSU’s depth chart, likely behind Spencer Sanders, Dru Brown and Brendon Costello.

Though Wudtee is just a redshirt sophomore (soon to be redshirt junior), it’s possible he could be granted a waiver to transfer and play immediately, considering his family medical situation.

Wudtee committed to OSU over TCU in a signing day ceremony in 2016. He committed after former commit Nick Starkel decommitted from the Pokes and later signed with Texas A&M. Both Starkel and Wudtee are now on the move this offseason, however, as both have officially announced plans to transfer out of their respective programs.