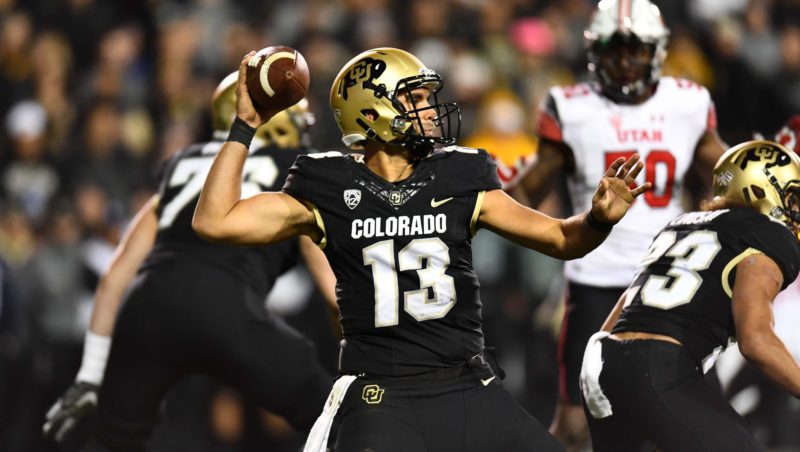 After losing the Bedlam de-facto Big 12 title game, the Cowboys are headed to San Antonio on December 29 the face Colorado in the Valero Alamo Bowl.

This is the second-straight year that Oklahoma State has finished second in the Big 12. Last year sent them to the Sugar Bowl with Oklahoma’s College Football Playoff berth.

The Cowboys are 1-2 in Alamo Bowls, the most recent trip was their 36-10 win over Arizona in 2010. Colorado has been to the Alamo Bowl once, losing in overtime to Wisconsin back in 2002.

At 10-3 the Buffaloes won the Pac-12 South division before being dispatched by Washington 41-10 in the Pac-12 title game. Their three losses are to current top-10 teams Southern Cal, Michigan and Washington.

What can’t be underestimated is the job fourth-year head coach Mike MacIntyre has done in turning the football program in Boulder around.

After three consecutive losing seasons, MacIntyre’s Buffs followed a 4-9 year with a the program’s first 10-win year since 2001. In fact, the Buffs hadn’t turned out a winning season since 2005, six years before they left the Big 12 for the Pac-12.

Their offense is led by senior quarterback Sefo Liufau and junior running back Phillip Lindsay (1,189 yards at 5.2 yards per carry and 16 touchdowns).

Their defense is the star here and they are led by senior linebacker Jimmie Gilbert who has 57 total tackles, 9.5 sacks, 12.5 tackles for loss, six forced fumbles, six qb hurries and three pass breakups.

The Cowboys and Buffaloes haven’t met since 2009 you know, the Weeden-game, when they were both still in the Big 12. The Buff’s hold a 26-19-1 edge in the all-time series.

The Valero Alamo Bowl will air on ESPN on December 29.