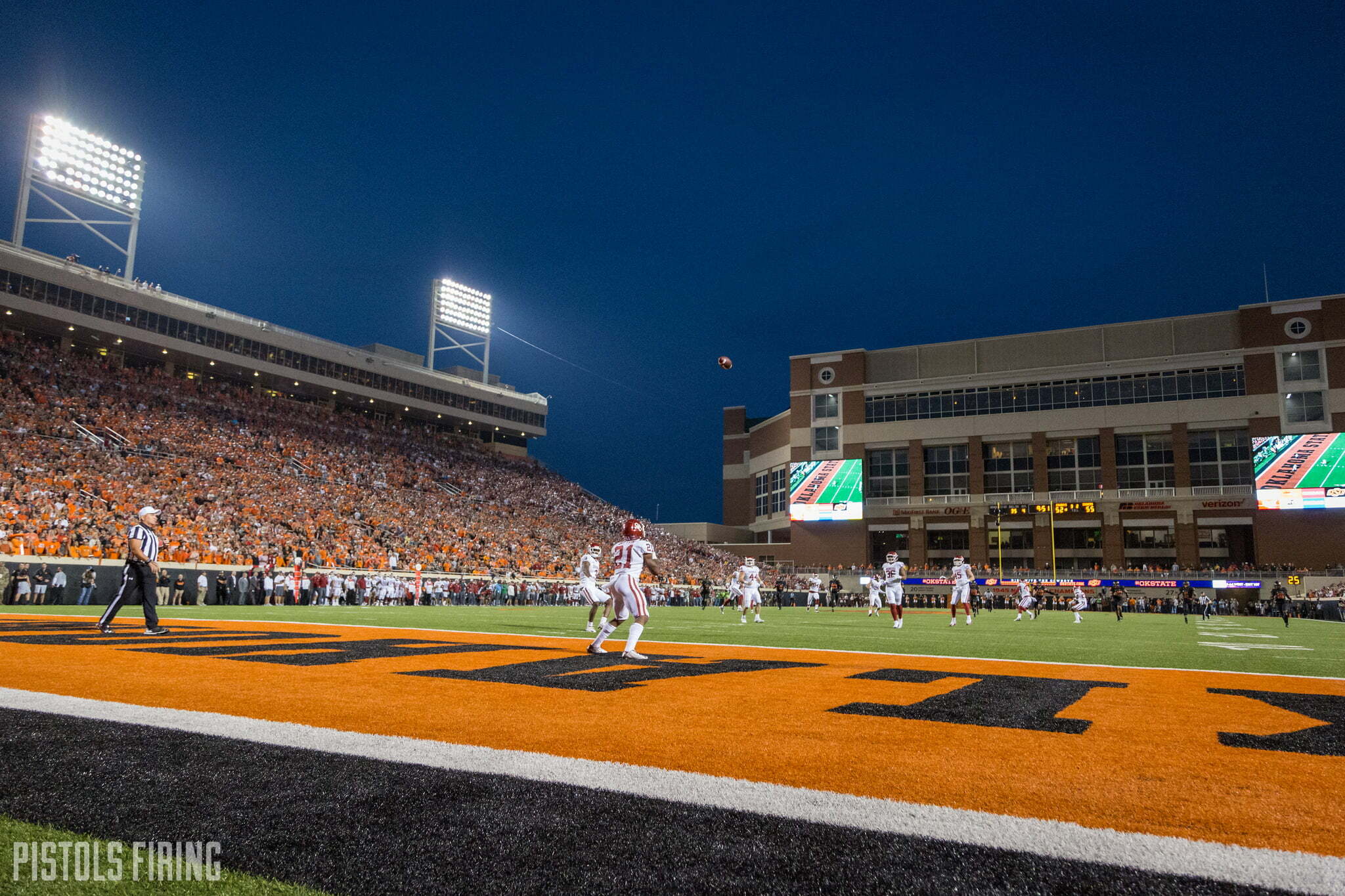 What’s Bedlam without a little inclement weather? Between the infamous Ice Bowl and the 2013 freeze fest, Mother Nature has had her hand in this rivalry in ways that are cruel, unrelenting and unforgettable.

Saturday could potentially be another instance. Now, it won’t be too cold, and there shouldn’t be sleet or snow this time. But Weather.com projects Saturday night in Norman will be “cloudy with occasional rain showers,” with a low of 44 degrees. Winds will be between 10 and 15 mph, and the chances of rain are at 60%.

The wind may not be a huge factor here — OU bowled in its stadium in recent years to try and make it a louder atmosphere, which could prevent sweeping gusts from changing on-field conditions. But this is Oklahoma, after all. Wind sweeping down the plains is quite literally in our state song. It wouldn’t surprise me at all if gusts played some role in the kicking game or in the deep passing game.

The big concern here is the rain. A slippery ball — even if it’s only slippery from scattered shows — could affect both teams. Then, of course, the chance that it rains hard and significantly changes field conditions still exists. It’d be an obvious downgrade to the passing game on both sides, and maybe a slight upgrade for the running game and defense.

Maybe all of this will be moot come Saturday. Oklahoma weather has a way of swerving against our expectations, after all. But Saturday could very well be a messy one between wind and rain, which could change the complexion entirely of how this game will be played and prepared for by both sides.