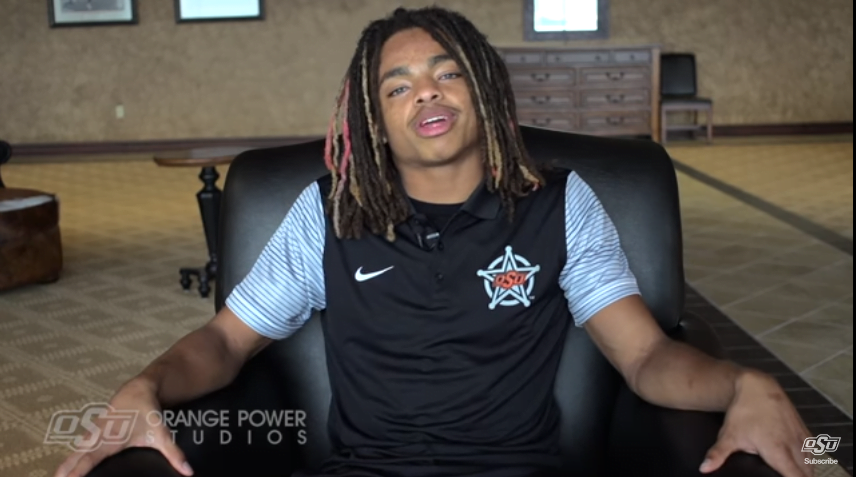 Junior cornerback Ramon Richards spoke with media about the challenges OSU’s defense will face against Colorado in their upcoming Alamo Bowl matchup.

“They kind of have a wide variety of skill players,” said Richards. “Their skill players are what makes their team go. They kind of remind me of what Baylor had a couple years ago. They have great skill players, great running back. The quarterback gets the wheels turning. Those are the type of teams I like to play against. The type of challenge I like.”

Colorado’s not quite on the same level as Baylor was two years ago, but the point is taken. They do have a play-making QB in senior Sefo Liufau. They also have a running back (with OSU ties) who has rejuvenated Colorado’s running game. Phillip Lindsay is the Buffaloes’ first 1,000-yard rusher since Rodney Stewart hit 1,316 yards back in 2010. Sound familiar, Cowboy fans?

In fact this year’s team boasts the best offense Colorado has had since well before leaving the Big 12 for the Pac 12 back in 2011. Their 5.59 per play is just ninth in the Pac 12 (T77th nationally). Unfortunately, Oklahoma State gives up 6.01 yards per play on defense which is eighth in the Big 12 (T89th nationally).

“It’s a similar offense to what we see a lot,” added defensive coordinator Glenn Spencer. “It’s a spread, an athletic, bigger quarterback. You can tell he’s a tough runner and when they need something to get them going, they’re going to get it in his hands. They have a dynamic receiver, No. 2. Coach MacIntyre’s son is a playmaker. It’s just a balanced team. They’ve run it well against good defenses in the Pac-12, and they’ve thrown it well. If you man up, they’ll take their shots down field and they’re a very good team, as evidenced by their record.”

We can probably expect a pretty competitive game. OSU’s defense has struggled giving up the deep ball and Colorado boasts a balanced attack, going almost exactly 60/40 on rush to pass attempts (606/431).

So while they may not be 2014 Baylor on offense, the Buffaloes will provide that challenge Ramon is talking about. It will be up to his secondary to not allow a team that averages just over 32 points per game to look like that Baylor offensive juggernaut that average nearly 50.