I didn’t feel like OSU got as creative as it could (or should) have this year with the uniforms. Too many repeat combos and boring stuff we’ve seen before from other teams.

The “we can’t wear three colors because we lost at Iowa State and Baylor when we wore three colors” is endlessly silly and takes away from some awesome combos (some of which are outlined here). 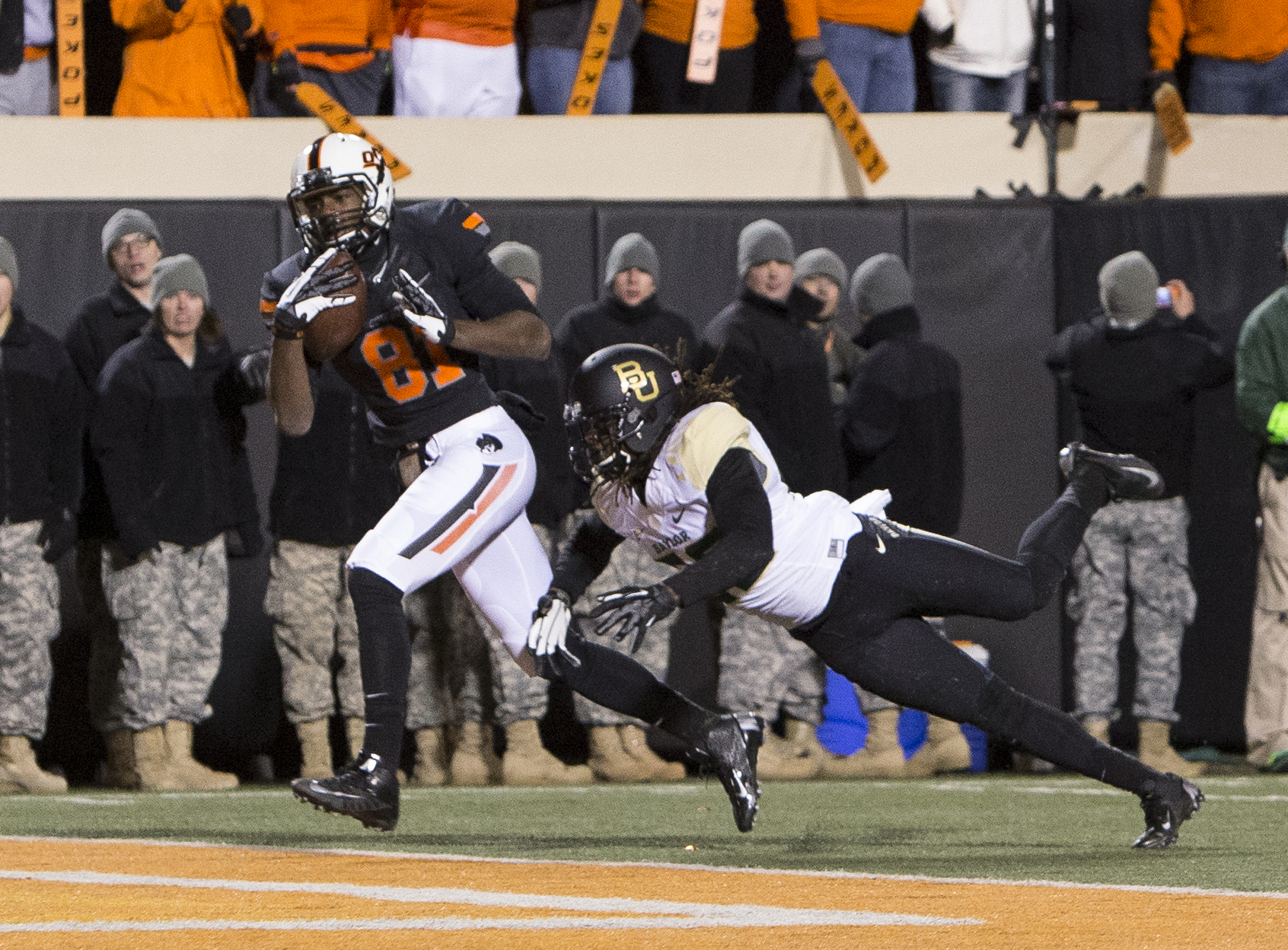 This wasn’t even a contest. By far the sharpest game and sharpest look from the Pokes all season. Also my new overall No. 3 since the new unis were introduced (behind 2011 ISU and 2012 Baylor). 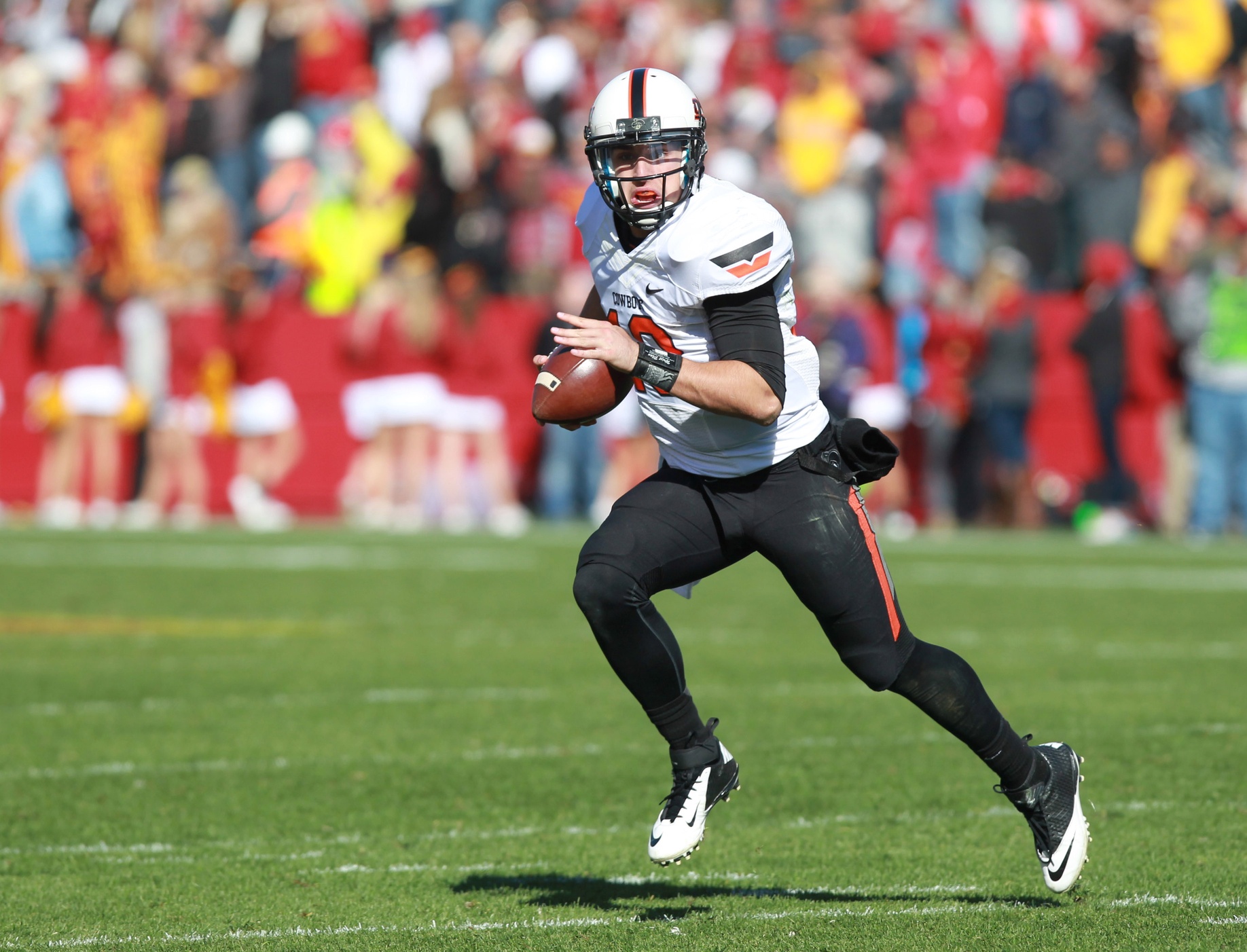 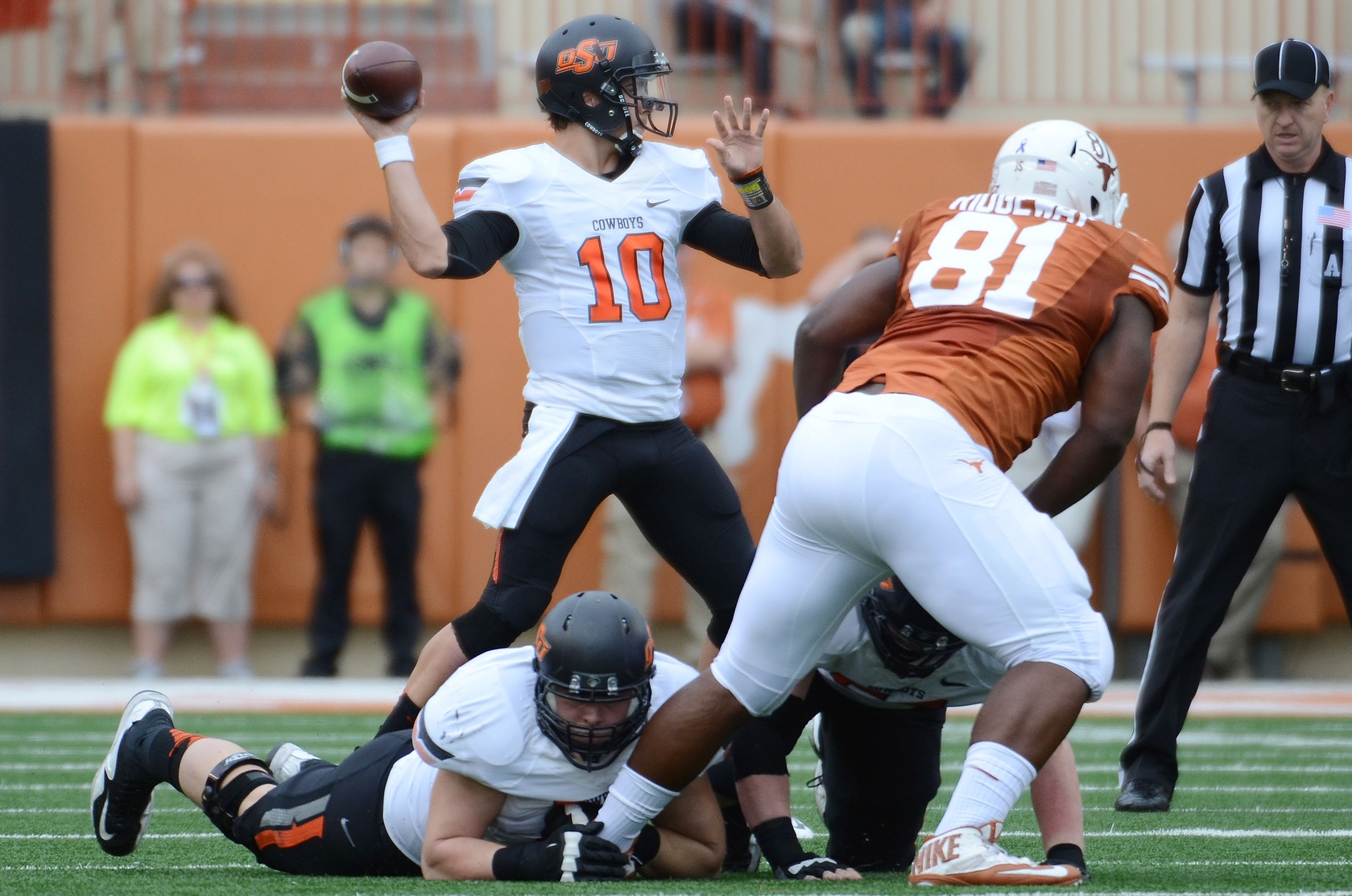 Worn twice (Texas and Mississippi State) and worth it. It’s a great, great look. 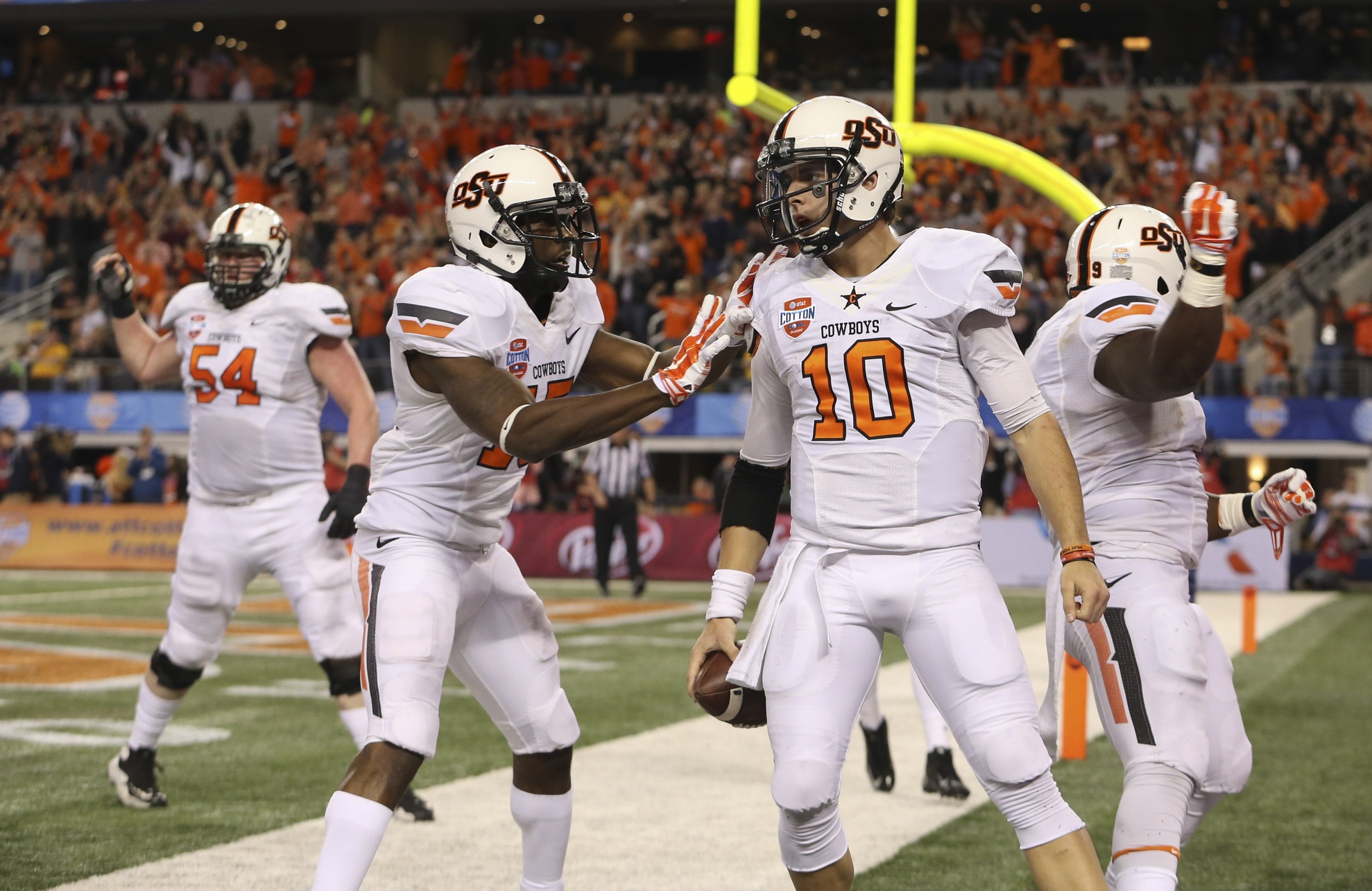 I love the monochromatic bowl game stuff and the addition of the alternate white helmet this year was definitely an upgrade. 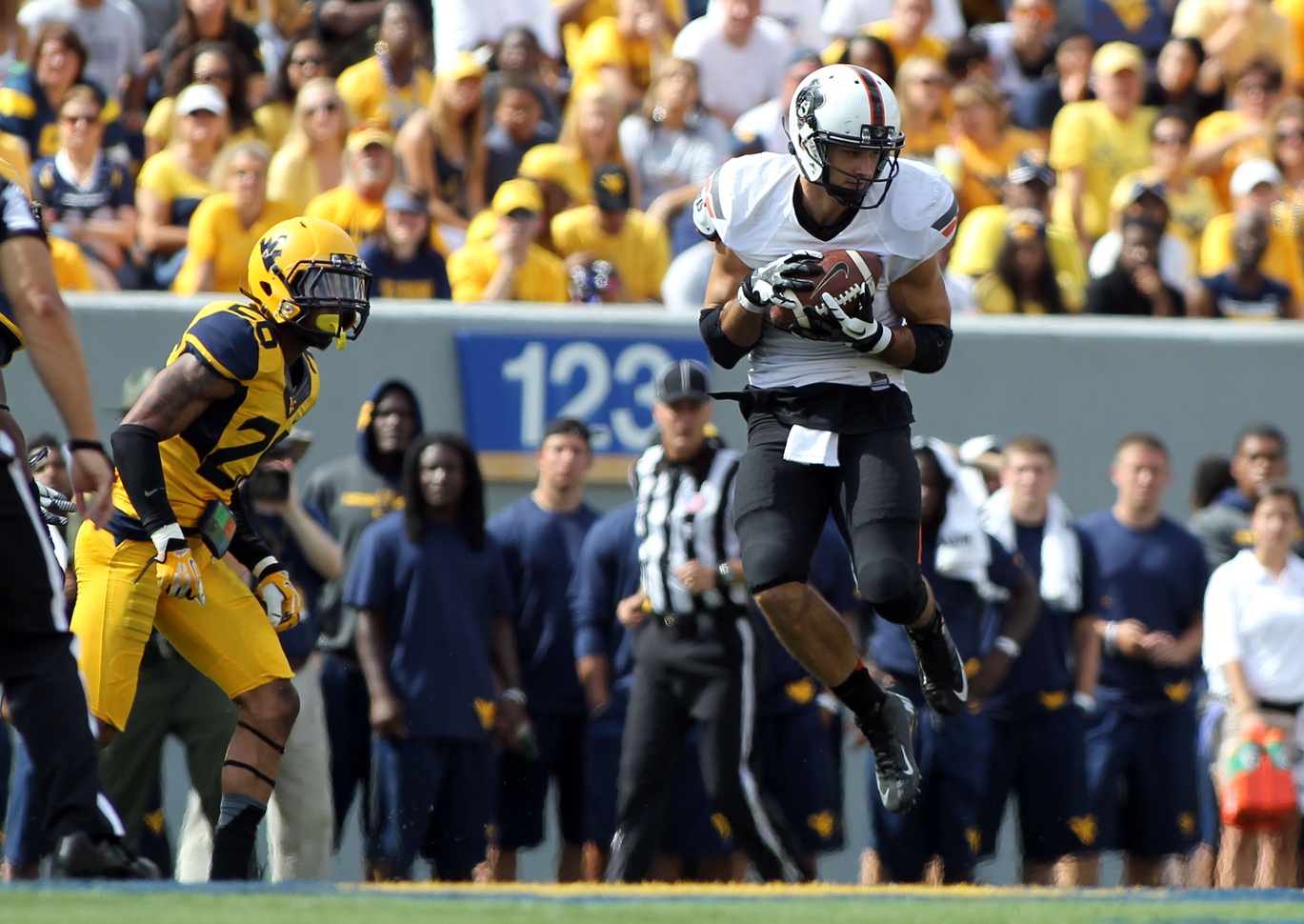 Like Iowa State but with the Silly Pete helmet instead. I’m not sure why Pete was put on these helmets before they went with the brand the rest of the year or if there are just two different helmets but I prefer the brand. 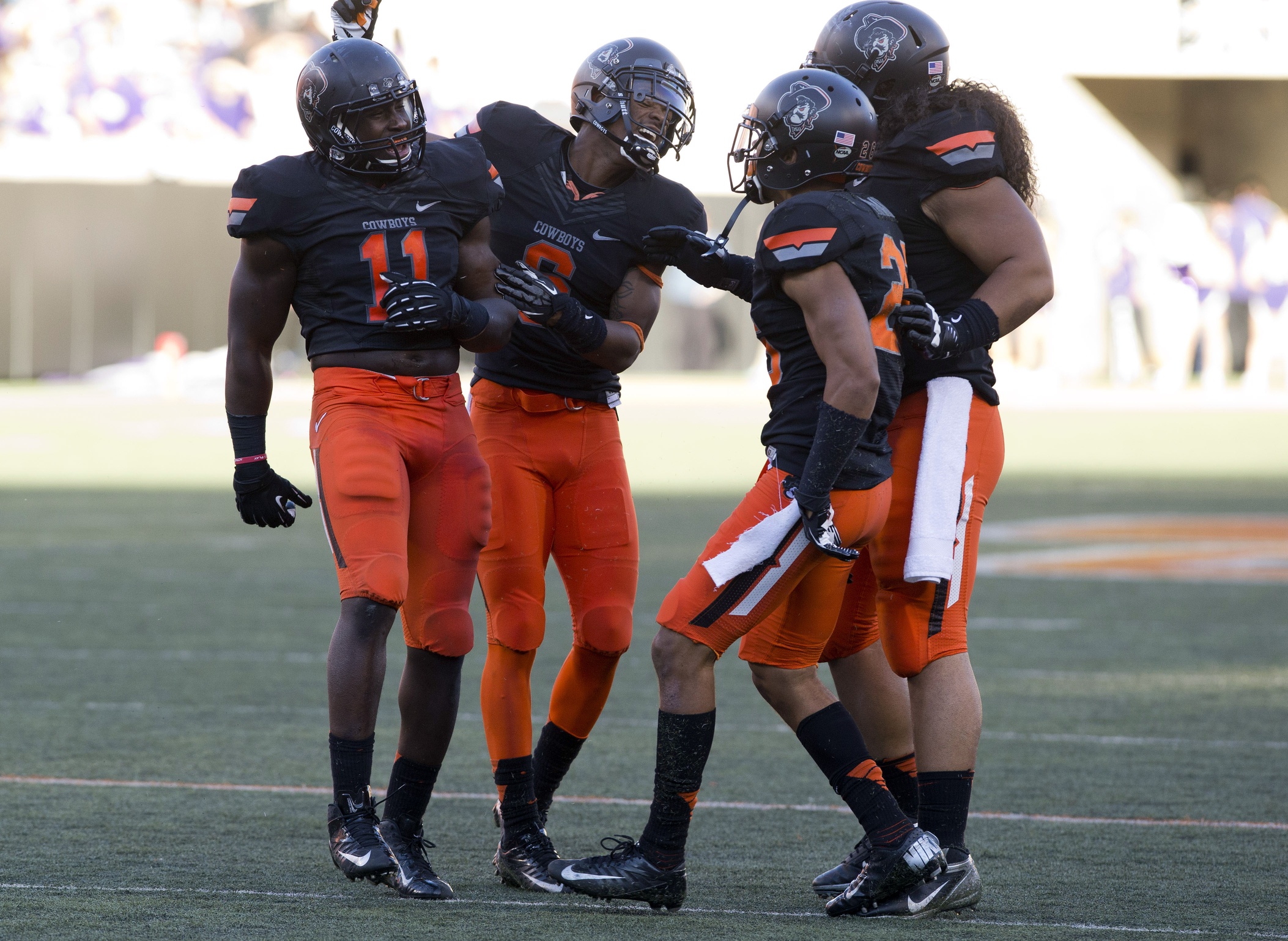 Love this look but could be higher without Silly Pete. 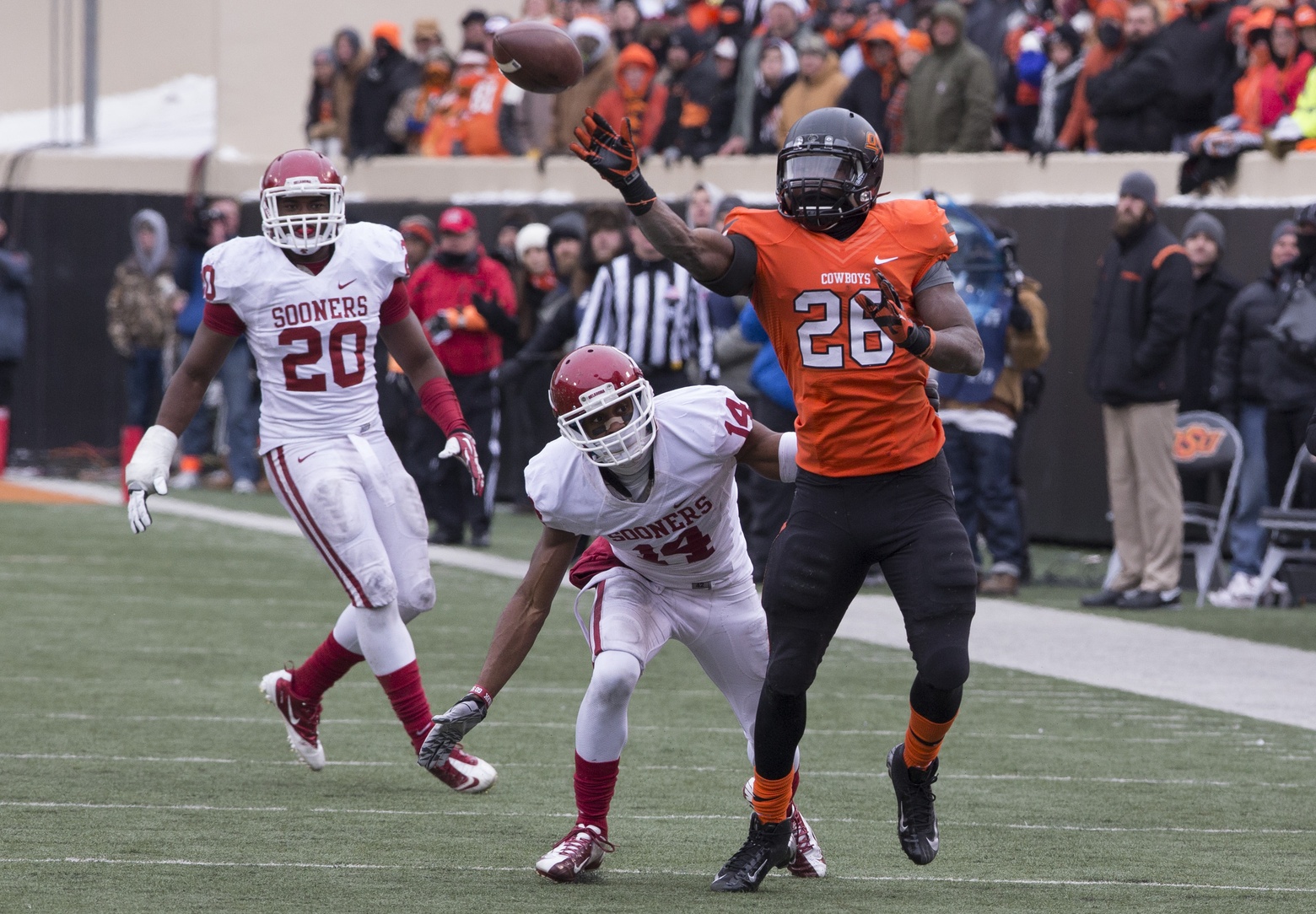 I’ve cooled on these, I don’t love them anymore. I used to have them in my all-time top 10 but they moved out this season. We’ve broken up. 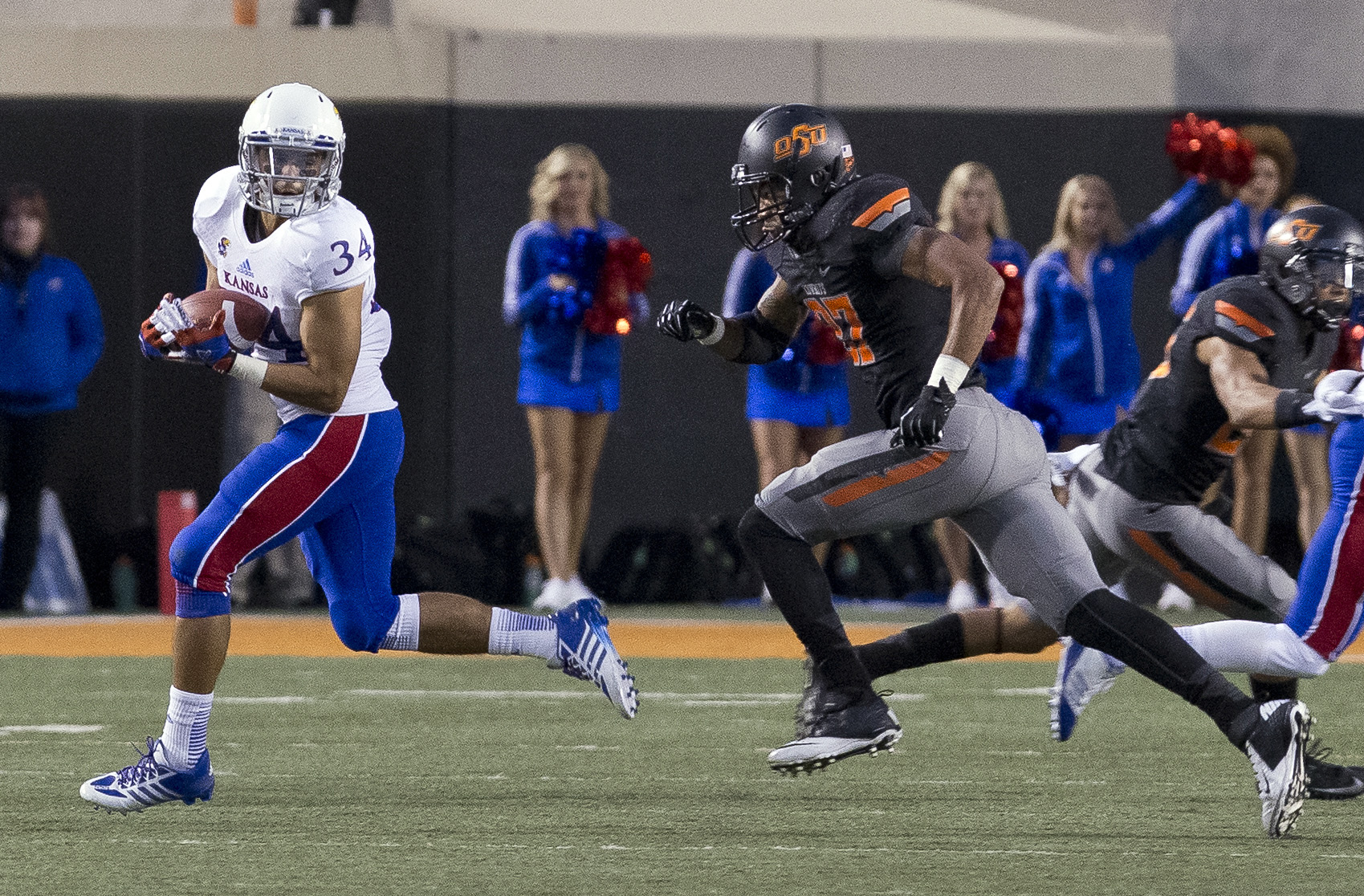 Feels like these should be higher than No. 8 — I really like them a lot but something about them doesn’t pop hard enough. Maybe the pants need more orange? 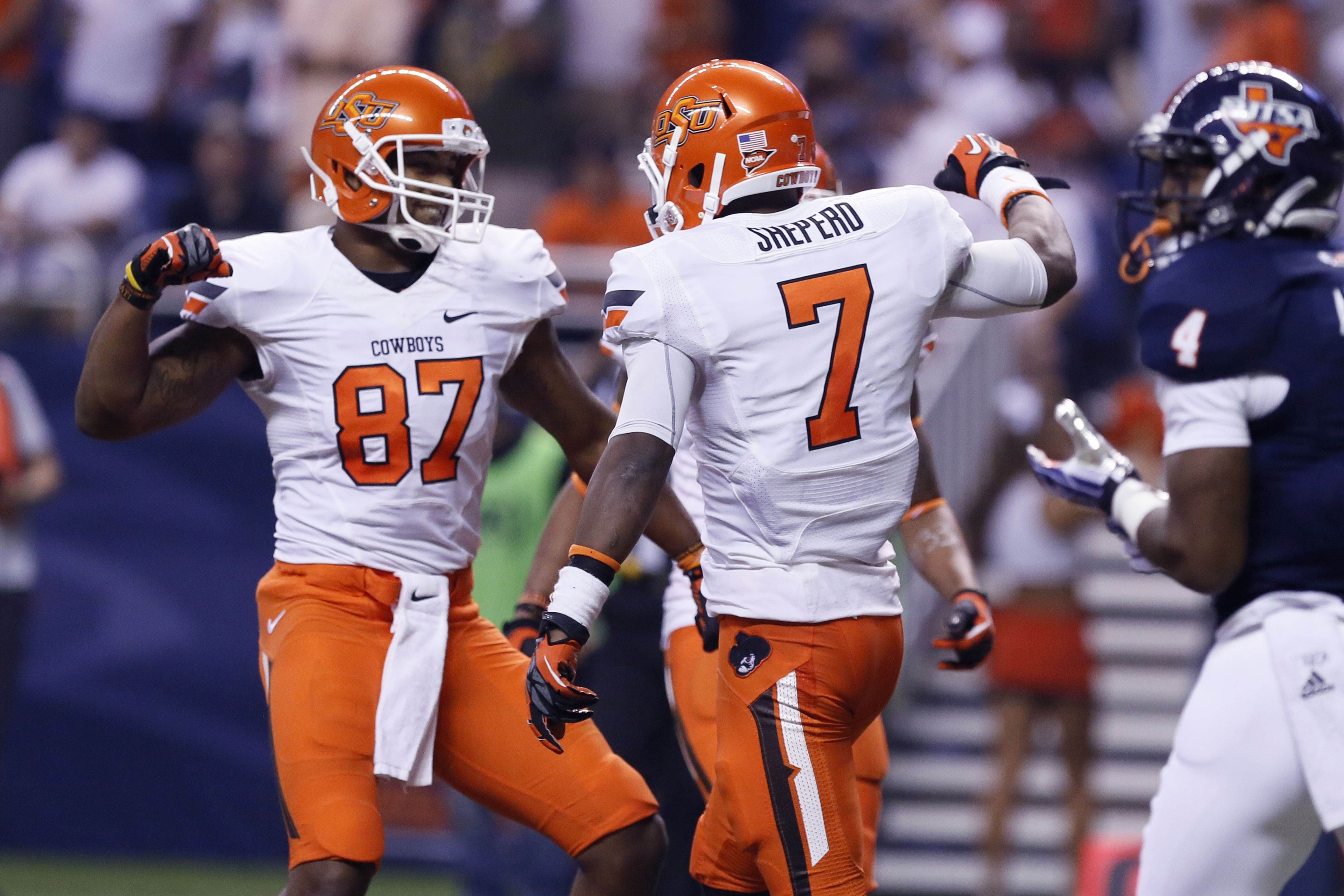 These definitely looked better under the lights against Kansas State in 2012 than they did in the smoke-filled Alamodome but I still love them. 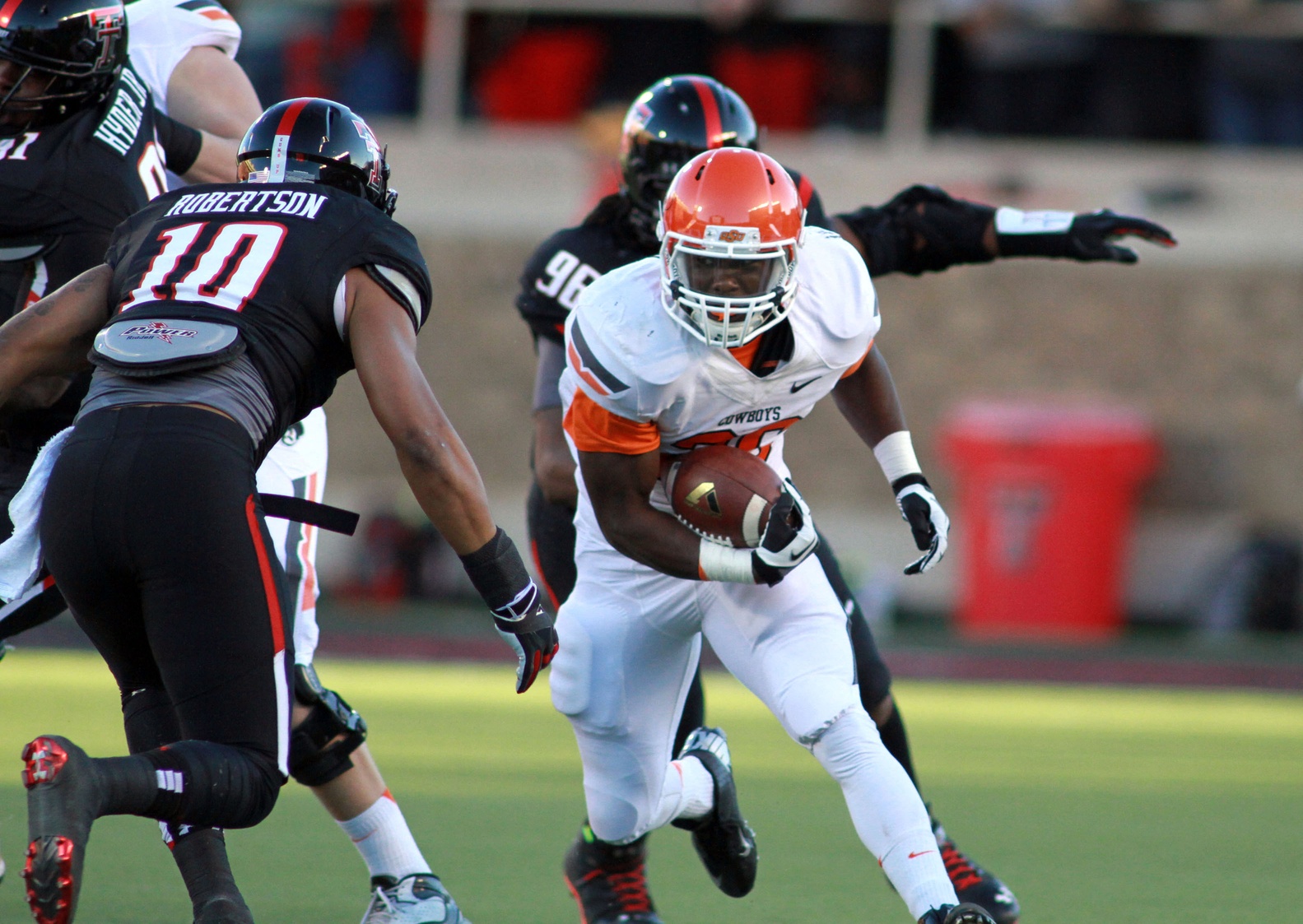 The orange helmet doesn’t work with the all white look. I prefer Orange-Orange-White. 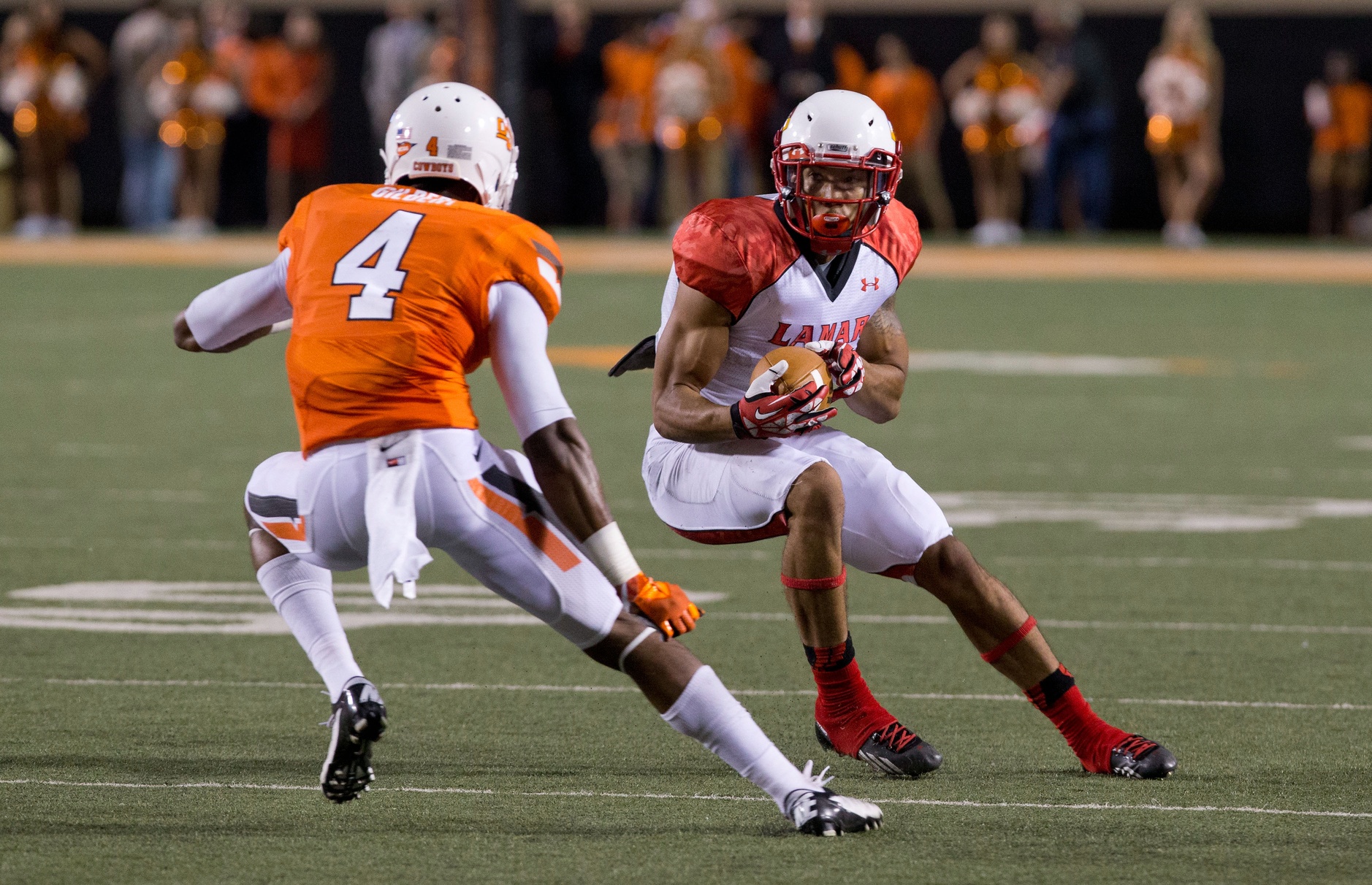 These aren’t bad, don’t get me wrong, they just don’t do much for me after basically seeing them for the last 15 years. I’m bored when we wear them. 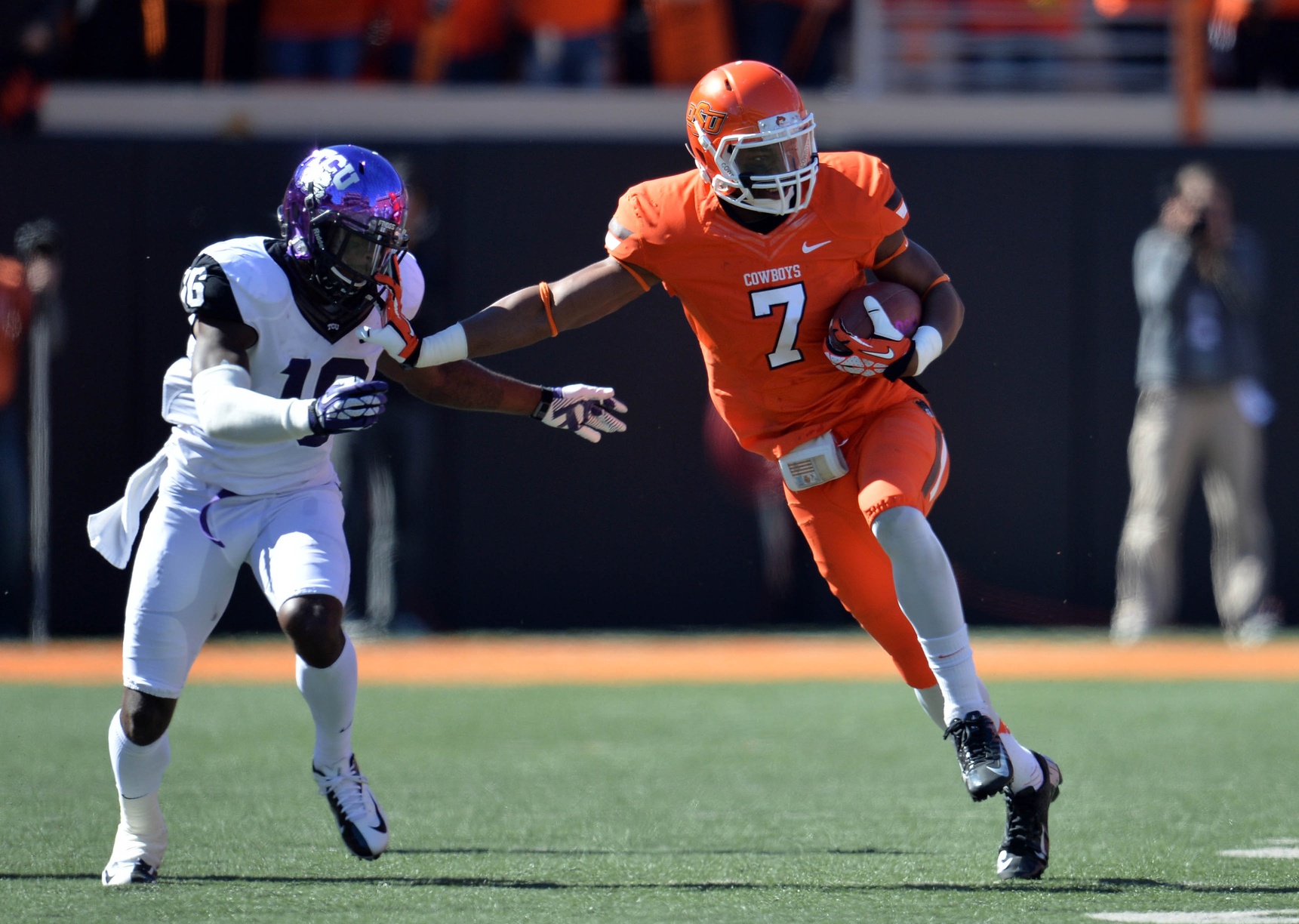 Better than the all-oranges with the Silly Pete helmet against ISU last year but man, I really do not like these.

All photos courtesy of USATSI.