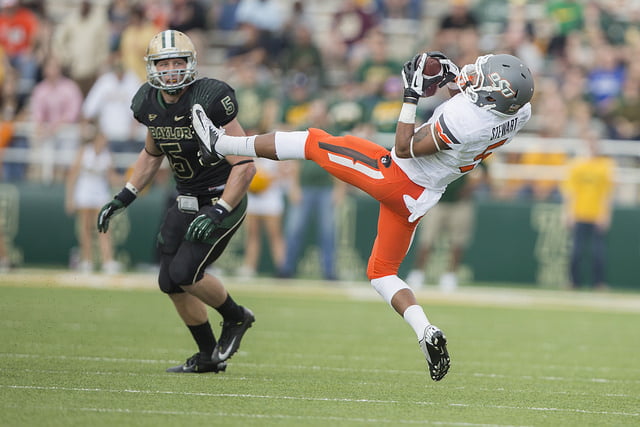 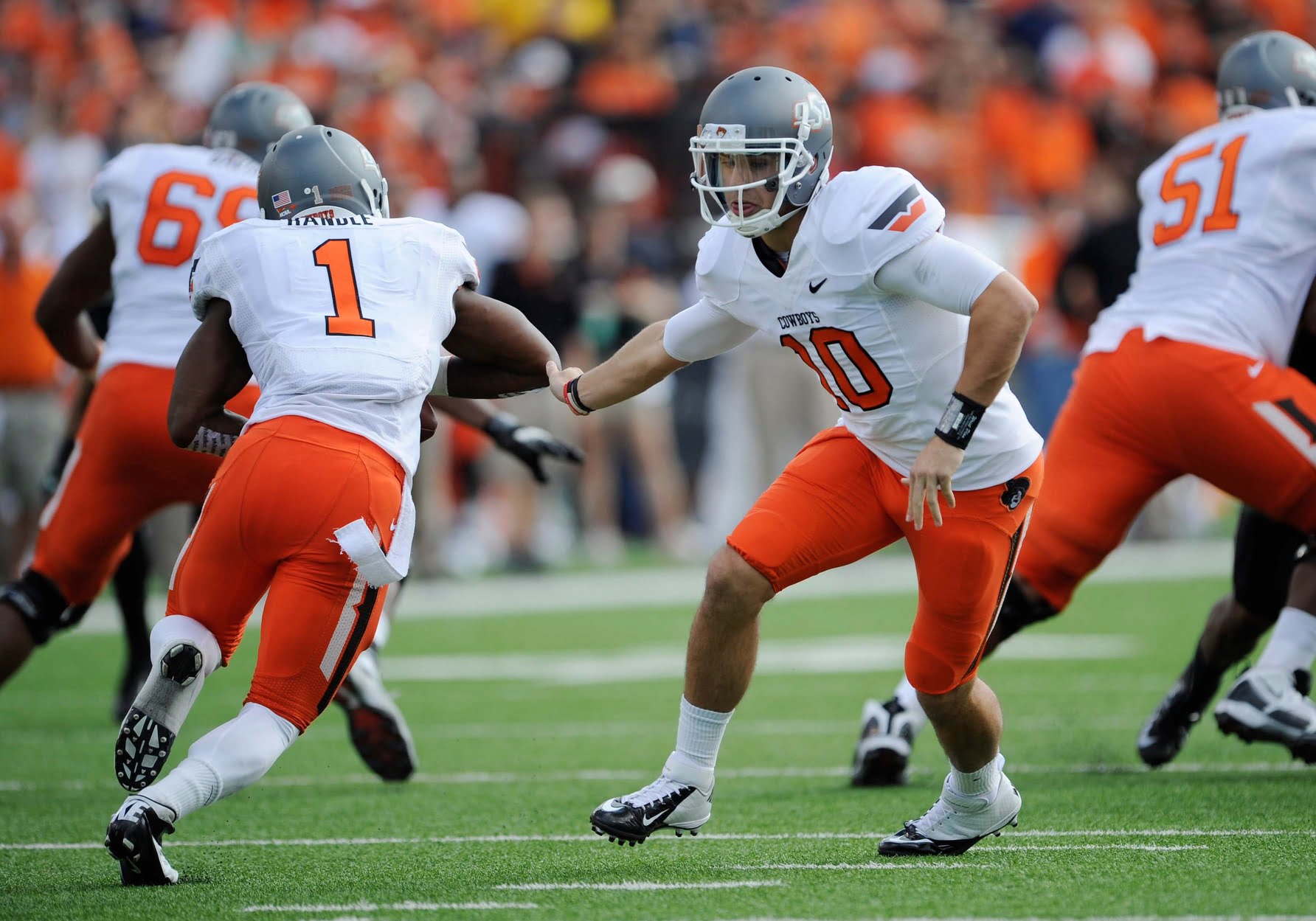 My favorites — the best uniform combination Oklahoma State has worn since getting new threads for the 2011 season (although after further review I could be talked into the No. 2 unis making a surge to No. 1 at some point).

That helmet is just a thing of beauty and the way the orange and white pop against it. And with the clear visor?! Man. 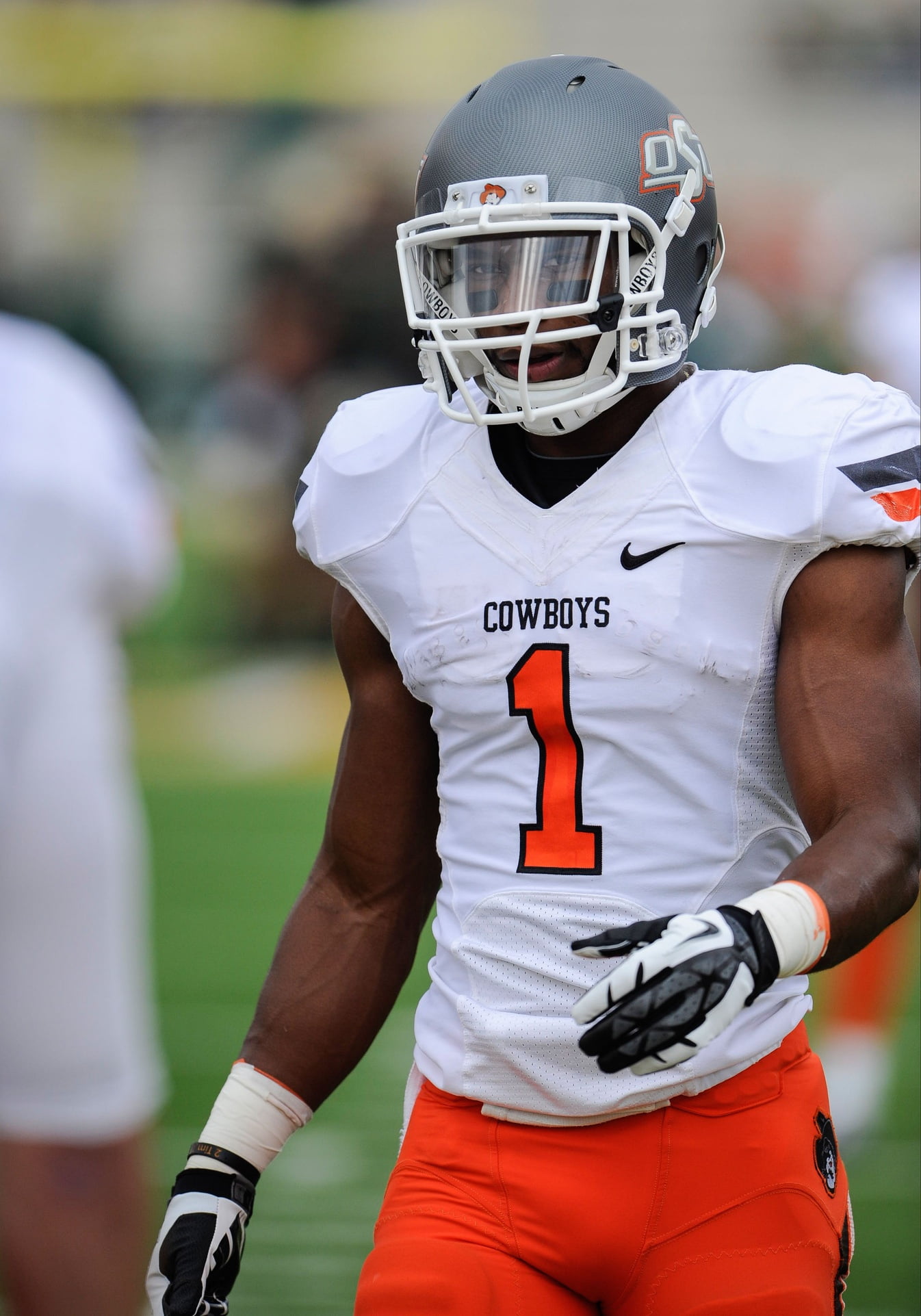 While we’re looking at this photo — one of the most underrated uni details for OSU is Pete protruding from the very top of the face mask. Awesome.

One thing I will say is that Baylor’s all blacks made these even more prominent than they would have been otherwise.

No matter, though, I’m not sure these and the Iowa State unis can ever be topped with any combination of anything we’ve seen so far.

It’s going to take something new from Nike to knock these babies off the top.

Not because of the beauty of the uni, but the outcome of the game. Which is just silly. I don’t have G-W-O near No. 1. Once I finally did my rankings, I was surprised how high I did have it, though. (No. 8)

This combo won’t be remembered like it should. When the pre-game photos started trickling in on twitter, OSU fans were losing their minds.

They were overwhelmingly positive reviews. Especially for Kyle’s favorite carbon fiber helmet. Only in hindsight are they largely panned. 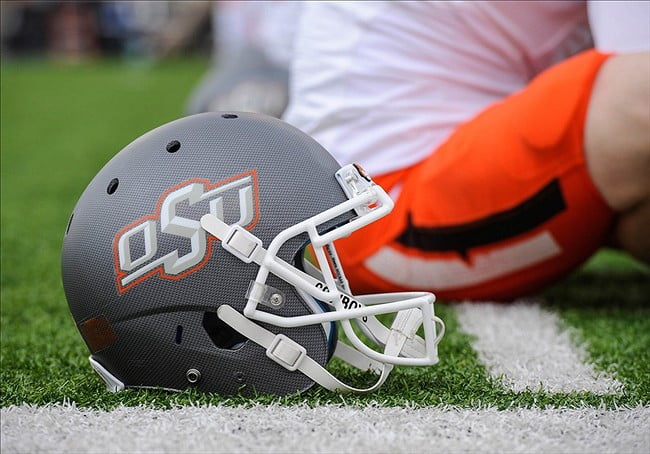 Tri-colors, while not my favorite, can be done right. One of my favorite uniforms in college football is, surprisingly, a tri-color combo. 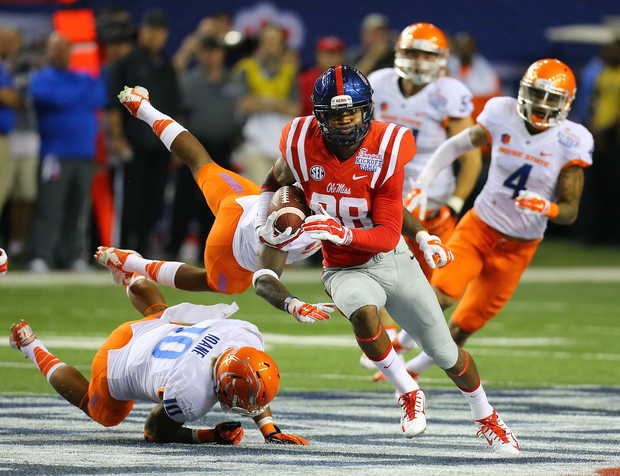 G-W-O is a sharp, eye-catching combo. I like it a lot, but this one shouldn’t be in the top five.

Overall, you’re too down on the home combos and too high on the road ones. But that’s the fun thing about uniforms: Beauty is in the eye of the beholder. 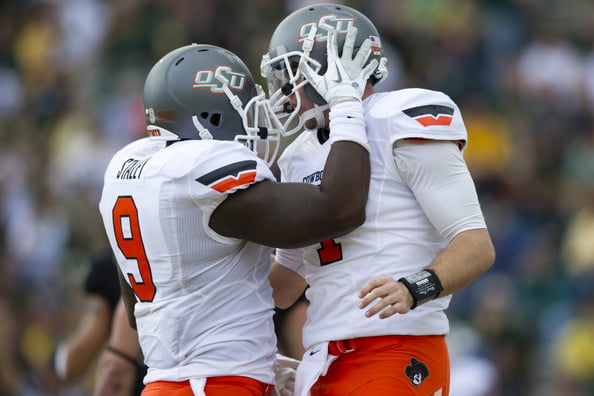