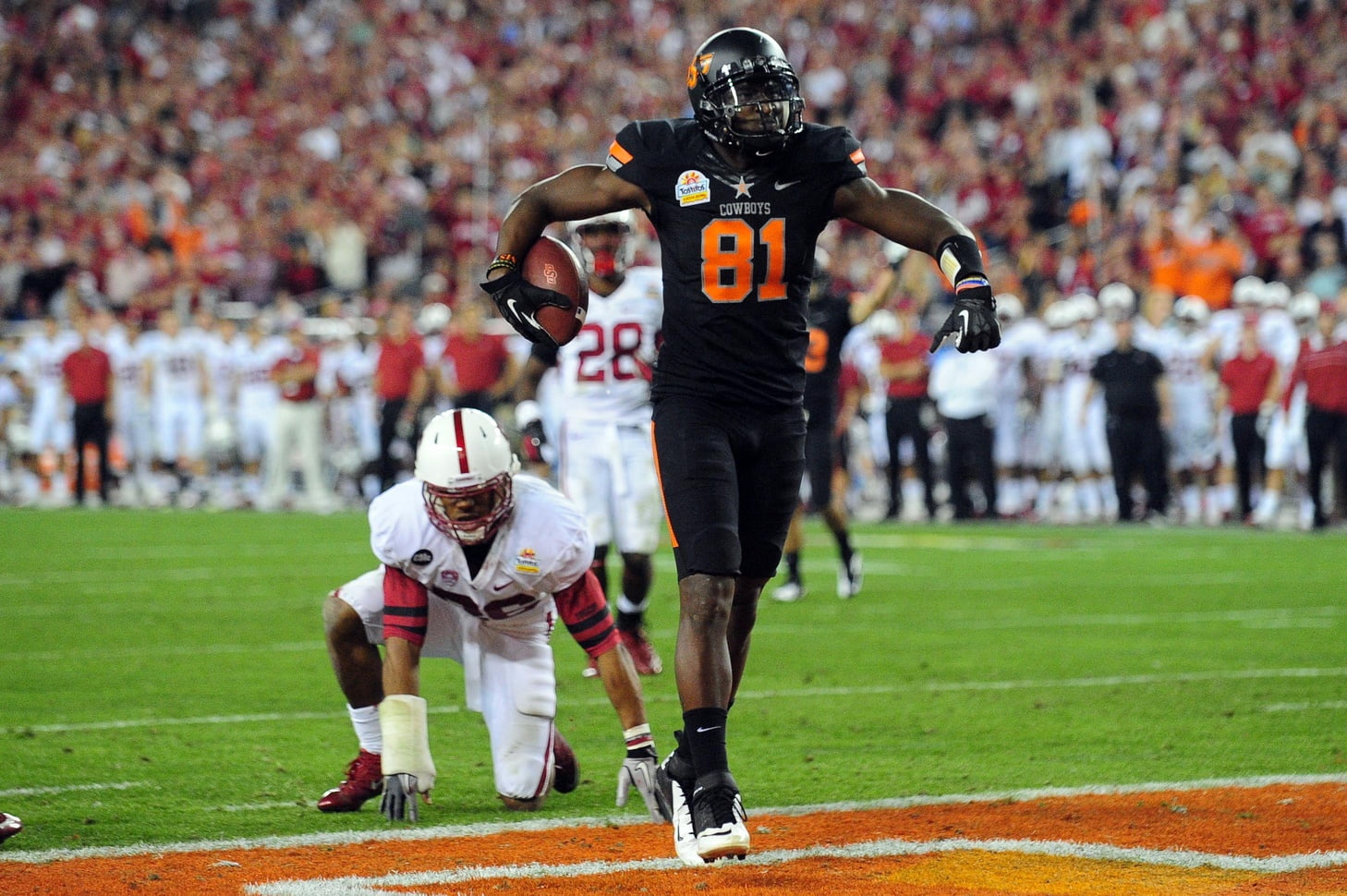 We’ve entered the top 10 with a bang on the all blacks. I can’t believe OSU has somehow only worn this specific combination twice.

This might be the only time Justin Gilbert has been out-uniformed by anybody because Justin Blackmon looked like a boss in the all blacks.

It’s such a classic combo — OSU will never not look good when it rolls this combination out. It should become the new White-Orange-White or White-White-Orange (two old combos that go way back).

Also, how much better were these than Purdue’s at that Cotton Bowl? Purdue rolls out in their threads that I think were inspired by their media guide (or the other way around) and OSU just uni Heismans them off the field. 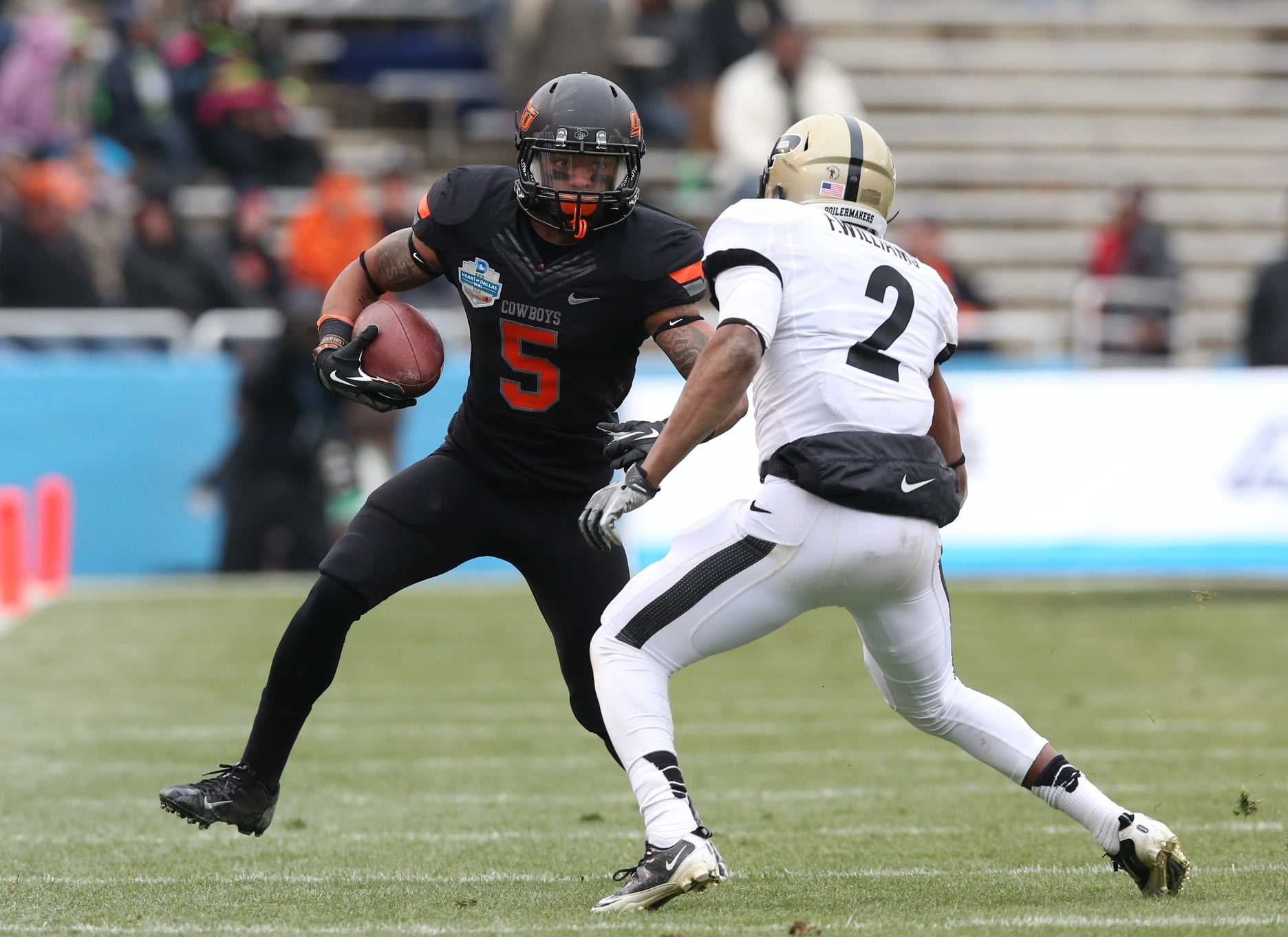 Carson: Kyle, Kyle…Kyle. I thought you learned from your No. 13 B-O-B ranking? These are way too low. I have these easily in the top 5. But it must be said: Uniforms are a very subjective thing. Everyone has their own favorite flavors and people get way too defensive about them.

Anyway, I was at the Fiesta Bowl when these debuted and they were simply stunning. It’s the combo everyone was anticipating all season and they did not disappoint. The orange numbers pop so well on the All Blacks, too. They are as clean as a combo can get.

And you mentioned it, Kyle, the All Blacks made every player look huge (like Blackmon at the top).

That Fiesta Bowl had NFL talent all over the field and Blackmon looked like a grown man playing against 7th graders. Those Stanford defensive backs had a look of, “WUT is THAT?”

Looking back, it’s amazing Blackmon wasn’t in NYC for the Heisman. That’s as good of a season a WR has ever had. And the All Blacks made him look even more intimidating at field level. That’s me in the end zone: 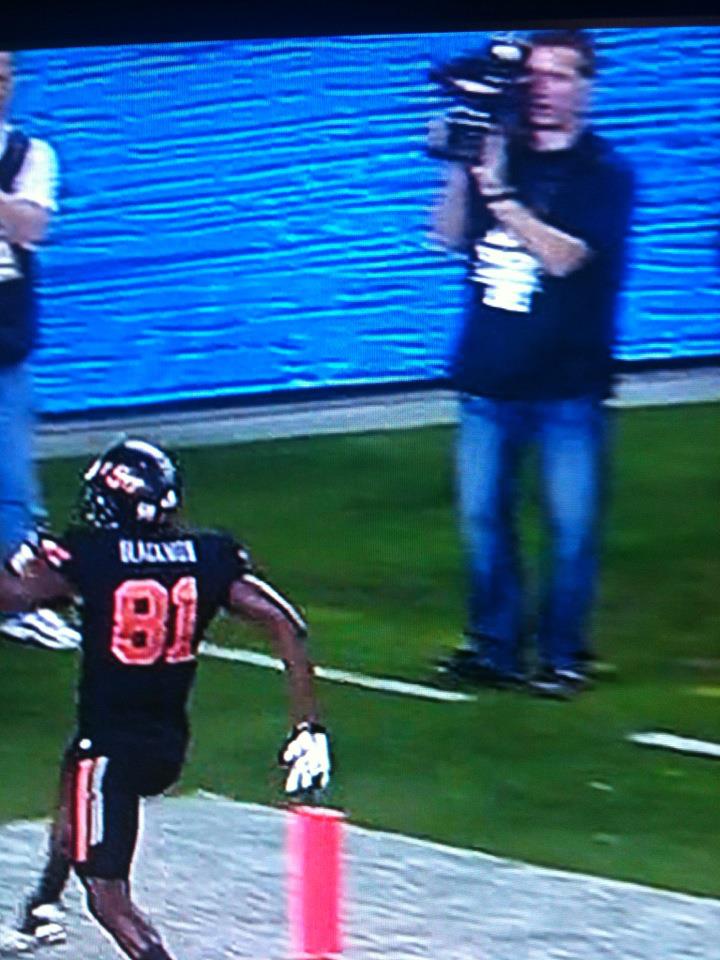 It seems as if the All Blacks are becoming a bowl tradition, which is risky because you have to be the home team (as we saw in the Cotton Bowl vs. Missouri). This combo should be worn every year and should be ranked much higher.