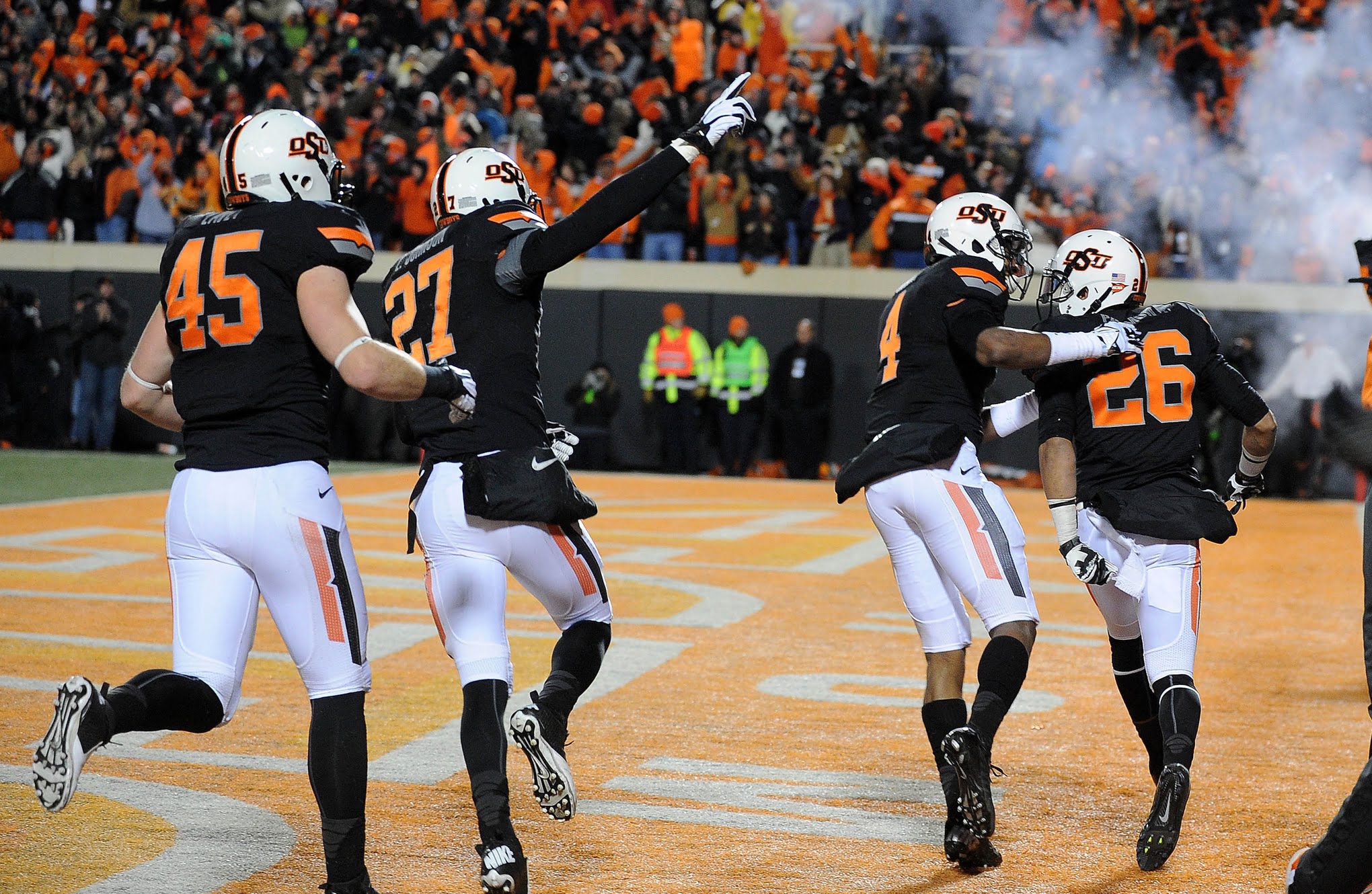 This is essentially the inverse of the No. 4 uniform and was worn for one of the best games of the Gundy Era.

I just realized how much I actually love the white-black and black-white combos. Throw in that elite helmet and you have yourself a top five combination here.

Is there enough orange? Only if Desmond Roland and/or Justin Gilbert are rocking the sleeves but I’m not sure it matters because this is as clean as college football uniforms get. 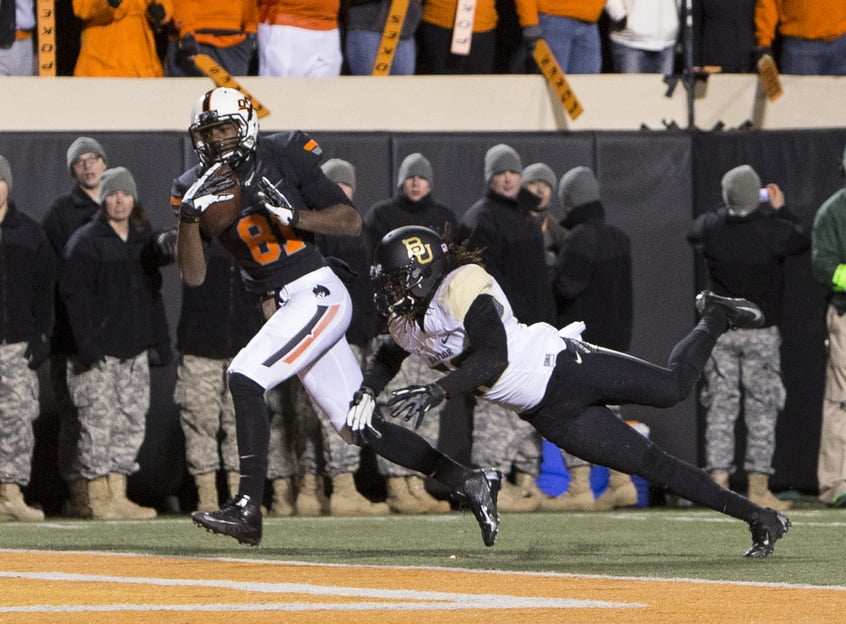 I could even go for some orange pants with the white lid and black helmet, I think. At least give it a go.

Finally a uniform worthy of the top five. These are beautiful. 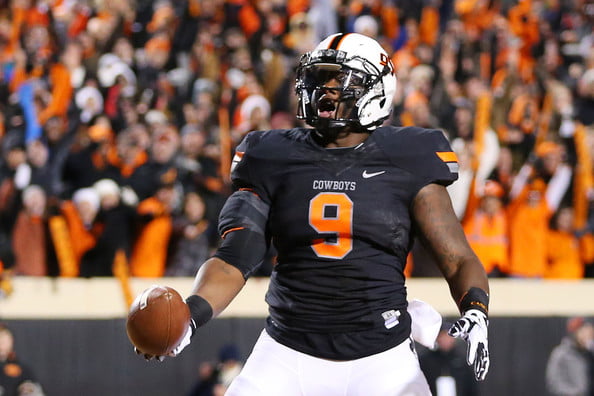 But when these debuted against Baylor, I was out of critiques. B-B-B, B-O-B, and B-B-O are the best home combinations, so it’s tough to come up with a new one that comes close. 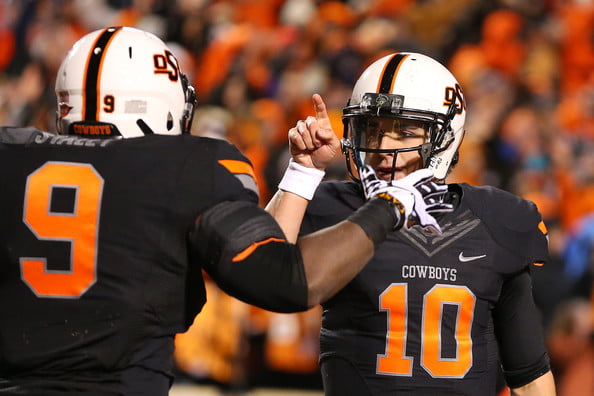 I never realized how much gray is on the black jerseys. The stripe on the sleeves, number outline and “Cowboys” is in gray.

This combo would be better served with white accents, but that’s not something you can alter game-to-game. Just an observation. 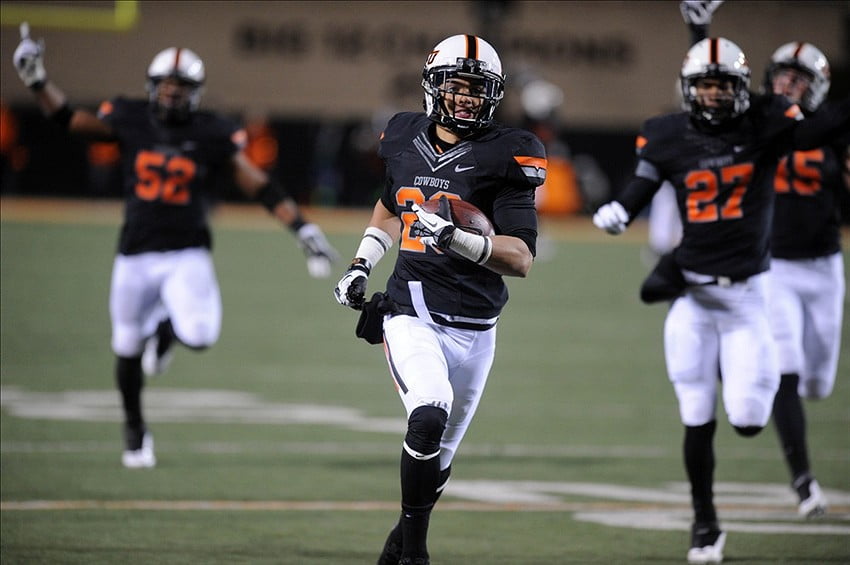 These are definitely in the top five. Well done. I rank them No. 5 overall. I’ve sent Kyle my Top 30 rankings and it’s MUCH tougher than it seems.