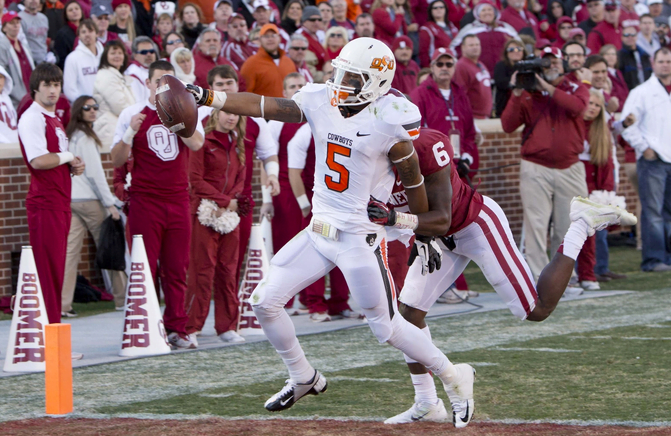 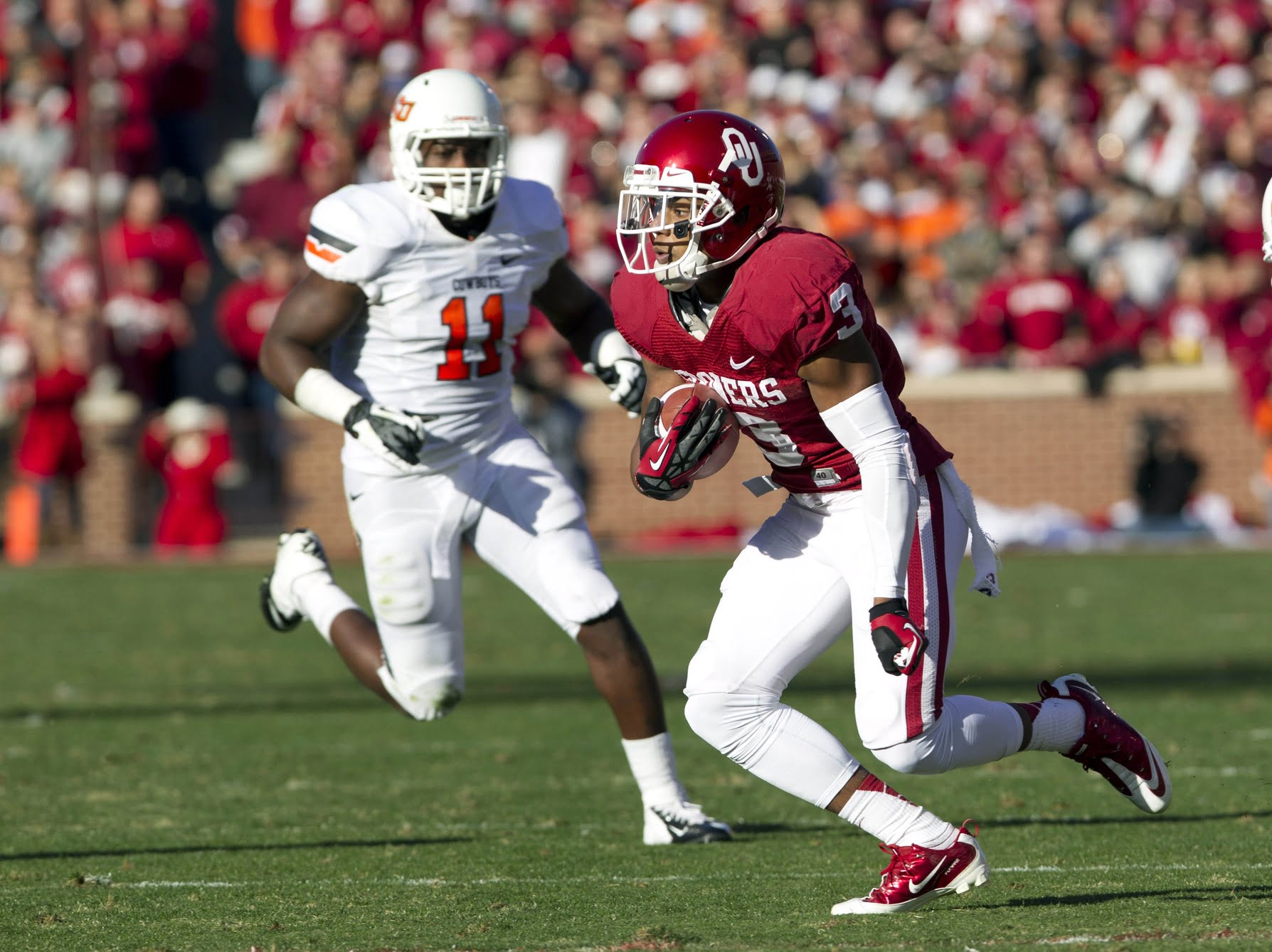 Ah finally we get to the (first version of the) all white uniforms for Oklahoma State. I’ve long touted the Texas all whites and these are similar for me — so clean, so sharp looking.

I can’t help myself here, the all whites are too much for me. There are better combos (I’m a tri-colored homer) but this one and the Cotton Bowl one from last season are just a tremendous look.

I’m not going to argue with you if you put the all blacks above this one but I prefer these, especially when Josh Steart goes long socks and spats like so: 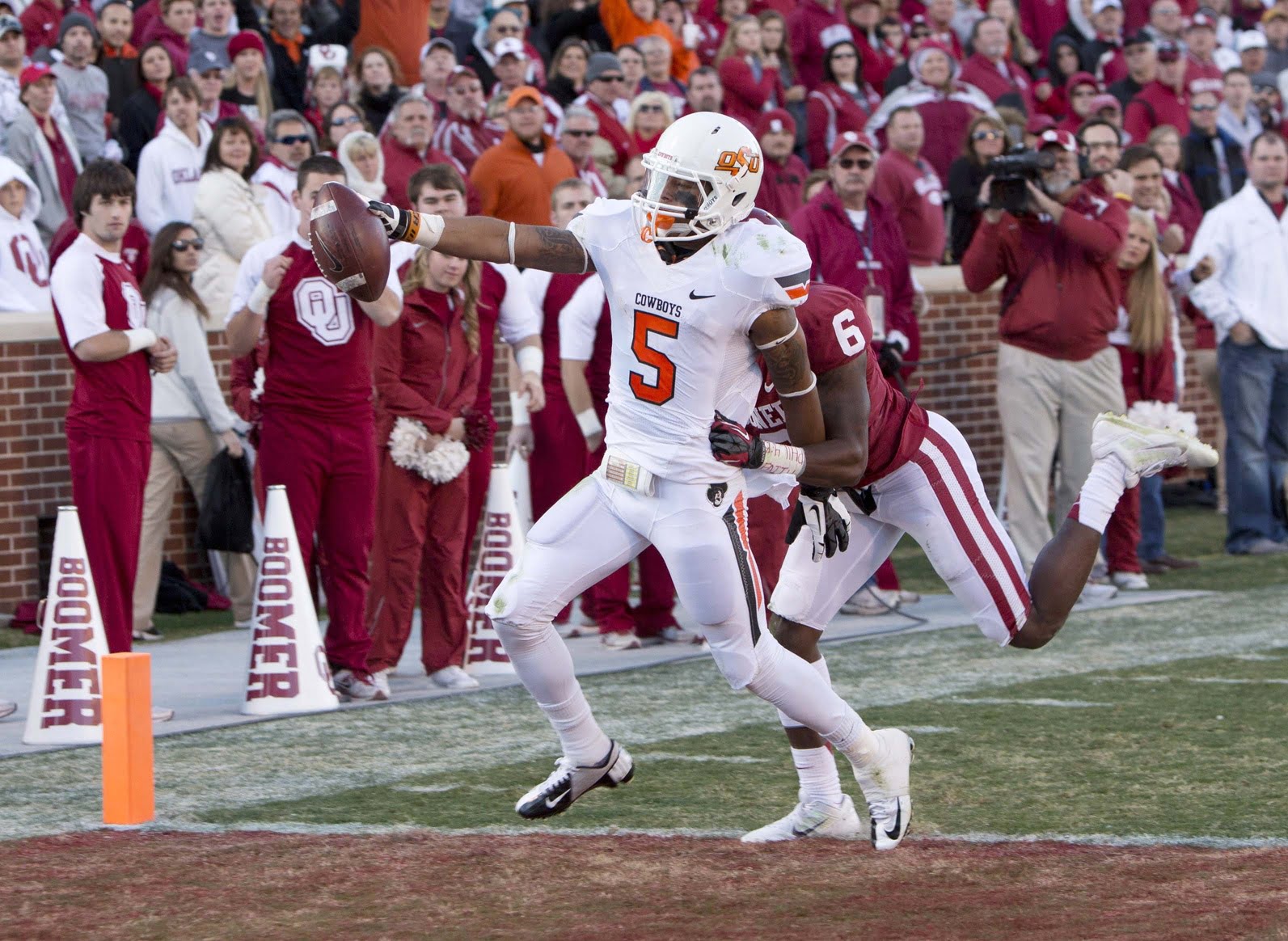 The only thing you could improve on these is the cue ball-ish helmet. Make it matte white (or some variation thereof and I could even bump these up a few spots).

Carson: This ranking is a stunner. You are the No. 1 proponent of the All Whites.

I don’t hate them, I don’t love them…I’m just apathetic. 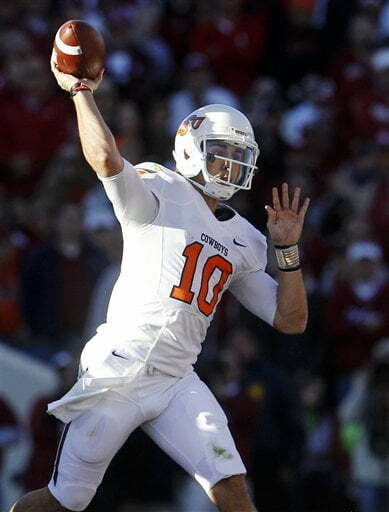 I find them to be too plain, like practice uniforms. Plus, I feel like Texas has patented the Storm Trooper look. Much like Clemson has patented the All Orange look. I just don’t think of OSU when I see this combo.

2012 Bedlam was the only time Justin Gilbert has been out-uniformed. You mentioned Stewart, Randle also pulled off the socks: 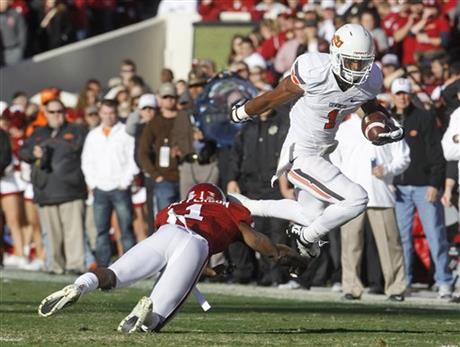 I know the All Whites are very popular, so I’m probably in the minority.