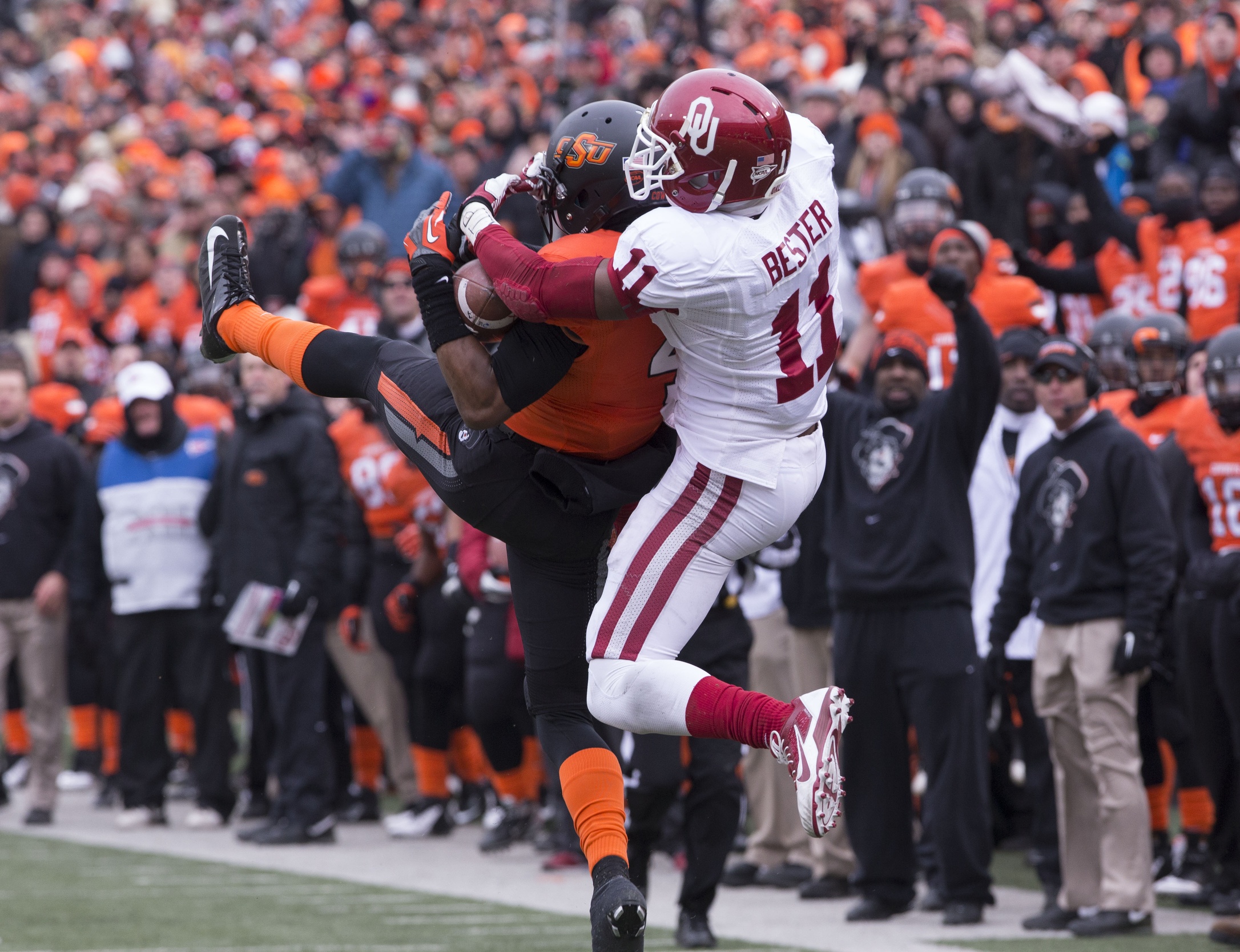 The good news is that we haven’t had too many of these in the Mike Gundy Era. The bad news is that the ones we’ve had have been at a “SportsCenter-My-Wish-segment” level of heartbreak. Here they are, ranked.

2. Bedlam (2013), 33-24 — Like I said after the game, I’m thankful now for the WVU loss. Very thankful. Because Blake Bell going 70 yards in a buck thirty to end our title dreams after smoking Baylor might have been too much for me to take for the second time in three years.

4. Houston (2009), 45-35 — This one was spectacularly crushing. Kevin Sumlin + Dana Holgorsen = not good times for OSU coming off the monstrous win against Georgia in the opener. Silver lining: My favorite Dez punt return ever happened this game.