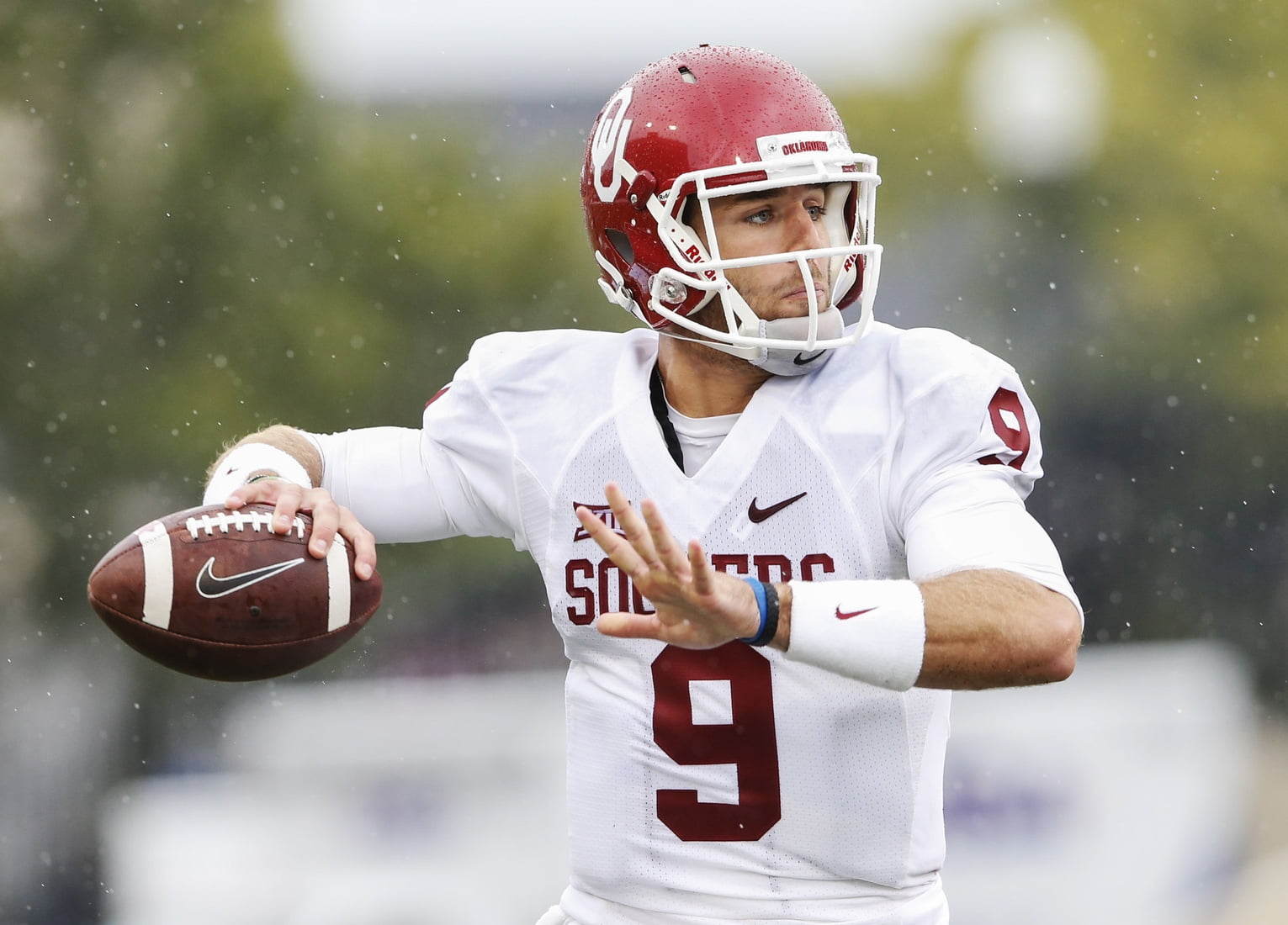 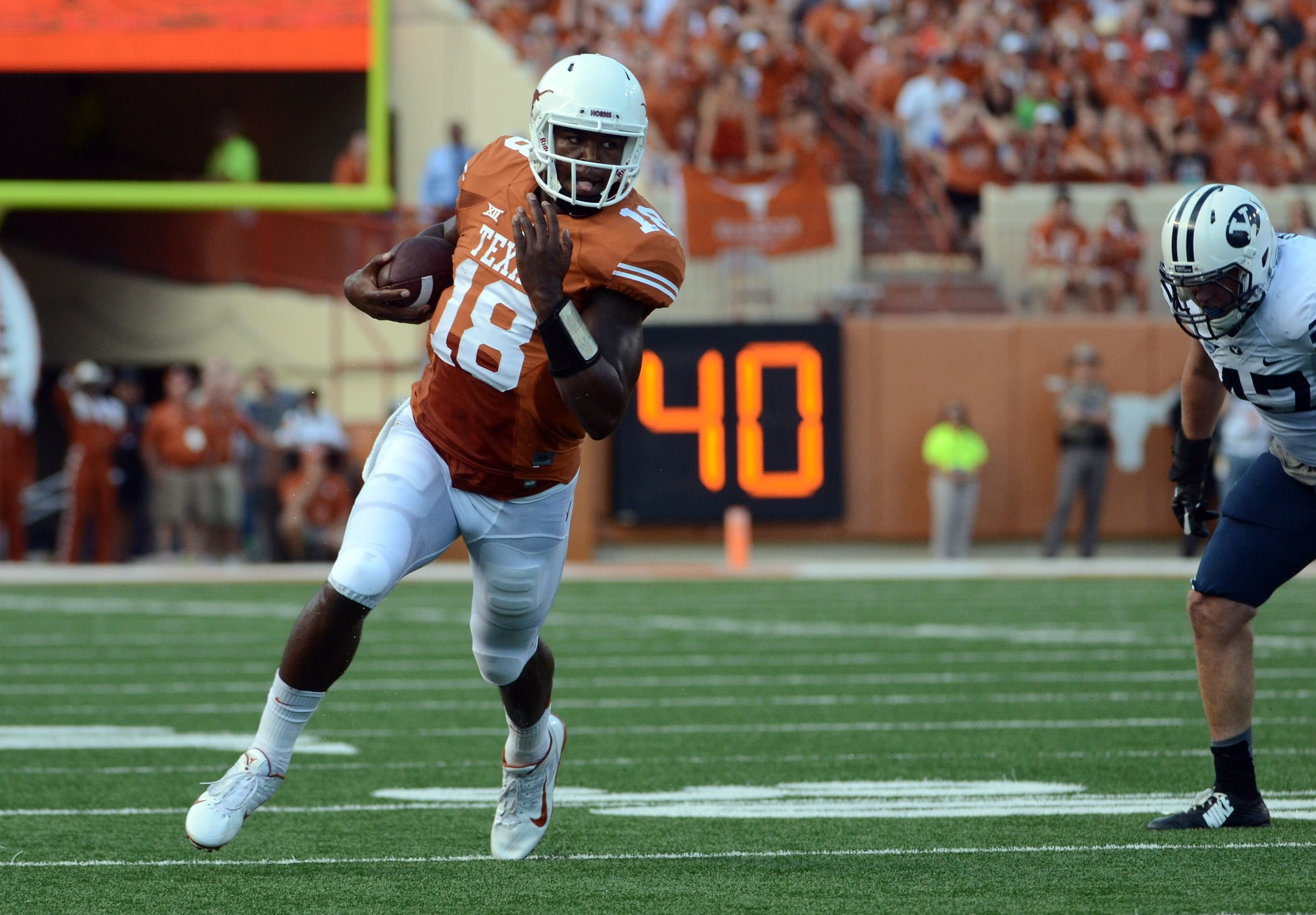 Welcome to the Week 2 edition of the Big 12 Fantasy Quarterback Rankings.

Before we jump in and get started, let me give you a quick refresher on the way points are accumulated. As I noted last week, these are the standard scoring rules for ESPN’s fantasy football.

Boykin was a surprise in week one, earning Big 12 Offensive Player of the Week honors in a win over Samford. He and the Horned Frogs were off in Week 2, so it’s yet to be seen if he can recreate that sort of magic.

Proceed with limited expectations, however, as he’s still largely unproven and potentially part of a two-quarterback system.

Starting in place of injured David Ash, Swoopes and the Longhorns were absolutely throttled by BYU on Saturday. He and his team have faced a lot of media scrutiny in the days following, and some Longhorn fans are already calling for the hyped-up freshman Jerrod Heard.

Swoopes looks to again get the nod this weekend, but another 41-7 thrashing may be in order, as they face no. 12 UCLA. (I haven’t completely written off the idea Charlie Strong will just kick Swoopes off the team if his performance is bad enough. You know…because he can.)

Richardson and the Cyclones nearly pulled off a stunning upset on Saturday, dropping a nail-biter to Kansas State on a late touchdown run from Jake Waters (more on him later.)

While Richardson’s individual statistics weren’t fantastic, he earns respect points for having his team in a position to win—and on the bright side, this was a much better performance than he had in Week 1.

Taking over for injured JW Walsh early in the game, Garman showed flashes of what Cowboy fans have been drooling over since he arrived on campus. While Walsh was putting together a decent day before injury, Garman was able to make plays down the field that are non-existent with Walsh at the helm.

He lacks the mobility to torch defenses on the ground (and loses fantasy points Walsh easily picks up), but his arm is the real deal Holyfield.

Differing reports have Poke fans unsure of who starts this weekend, but if it’s Garman, expect yards and touchdowns aplenty (I hope.)

Cozart and the Jayhawks got up big on SE Missouri State in Saturday’s contest, and all seemed right for Jayhawk nation. Then Kansas realized they are Kansas, let off the gas pedal and allowed the Redhawks to storm back and nearly score the upset.

Cozart wasn’t extremely effective on Saturday, but his three scores were a major plus for Kansas. If he can get his accuracy in check, things could be looking up…but I doubt it.

Webb and the Red Raiders got a win on Saturday, but again scared the fan base in the process. In a narrow 30-26 win over UTEP, Webb was inaccurate in stretches and barely did enough to squeak out a victory against the overmatched Miners.

He and the Red Raiders get a visit from the SEC’s Arkansas this weekend, and Webb must be better to win this one. If he’s not, Baker Mayfield can expect many hand-written letters in his mailbox next week. “We miss you, Baker. We miss you…”

Knight looked a considerable amount sharper in week 2, as Oklahoma destroyed Tulsa 52-7. His most impressive play of the day came on a 31-yard touchdown scamper, and
Sooner fans must have enjoyed him not turning the ball over this week.

In all fairness, the Golden Hurricanes looked terrified from the very beginning and any quarterback SHOULD have had a field day…but I will give the credit where it is due. Nice week from Knight.

Trickett followed up week one’s solid performance with yet another doozy. He completed 35 of 40 attempts in West Virginia’s 54-0 drumming of Towson, tossing two scores and adding another on the ground.

Trickett seems to be thriving in Dana Holgorson’s offense, and his hypothetical fantasy stock is rising by the week thus far. Look for this to continue.

First of all, it should be noted that Waters and the Wildcats nearly blew what should have been an easy one. Facing Iowa State, it took all of Waters’ 138 rushing yards to put this one away. That said, this was another fine fantasy day for last week’s No. 1 Big 12 fantasy quarterback.

As rushing yards and scores make a huge impact on the fantasy points, Waters should find himself near the top of this list on a weekly basis. But let’s wait until later to give him the crown, OK? He and the 19th ranked Wildcats host No. 5 Auburn in Waters’ next game on Sep. 18.

No Bryce Petty? No problem! (At least for one week…)

Russell and the Bears ran roughshod over Northwestern State on Saturday, easily scoring the 70-6 victory. While Petty is expected to step back in to the starting role for Friday night’s game against Buffalo, Art Briles must be excited with the week his backup had.

Sure the competition wasn’t Grade-A, but 438 yards and five scores through the air is nothing to shake a stick at. Russell earned the top spot on the list this week.