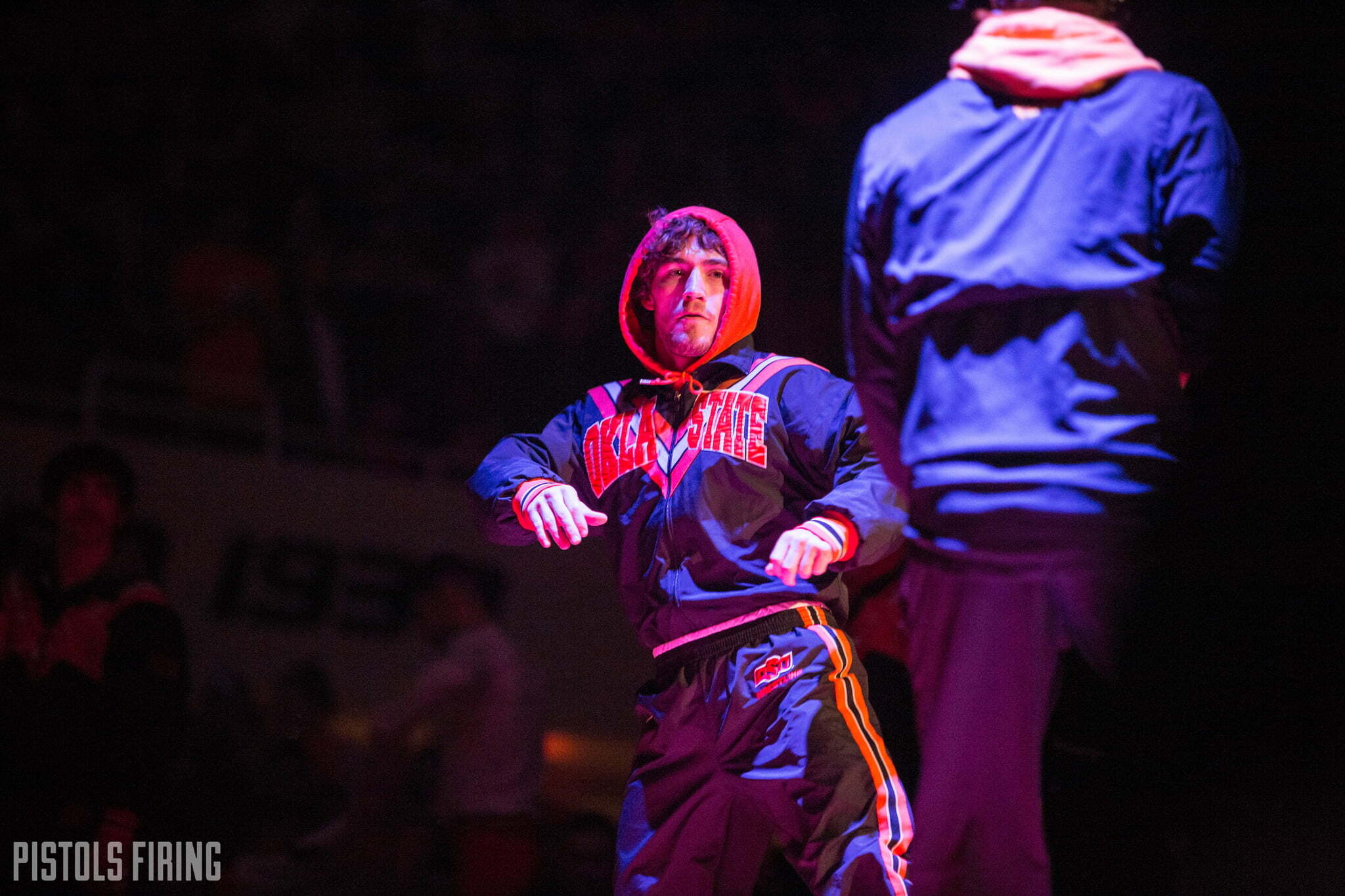 I don’t know about you guys, but I cannot stop watching all the coverage of the OSU-Iowa dual from GIA on Sunday. We’ve written about it quite a bit, but I’ve watched several of the wins, pins and eruptions many, many times.

Let’s rank the top three on a scale of 1 to “holy crap I’m jumping up and down in my writing shed what am I doing?” in ascending order.

And just so you know this post is more or less an excuse to just talk about the Nick Piccininni pin of No. 2 Spencer Lee.

“Obviously, for me, it was a big feat and for our team,” Piccininni said afterward. “I knew it was going to light us up, it was definitely one of the greater memories I’ll have… to get a win over a Hawkeye, it’s a great feeling.”

It wasn’t really a celebration, but Fix toying with DeSanto like that was absolute bliss considering the hype surrounding that matchup coming in.

It was going a little sideways at the time, but Rogers took down Mitch Bowman and reacted like he’d just won a game of table tennis against Zack Esposito. The clap, the toss and the O-S-U. The video might not even do it justice so I included an all-time photo below it.

It’s not close. A lifelong O-State friend texted me and said it’s one of the best moments he’s ever experienced in GIA. Ever.

Everything about it, from the way the lower bowl jumps up when he gets him on his back to John Smith losing it to Pic doing O-S-U, it’s absolute insanity from every angle.

I’m partial to the Flo iPhone video because I think it truly captures what everybody was feeling, hearing and seeing in that specific moment.

By the way, here are the cinematic highlights from the entire day. Put it directly into my bloodstream.

We can't stop watching these either… Here are some cinematic highlights for your lunch hour!#okstate pic.twitter.com/zyUfeA4G2a