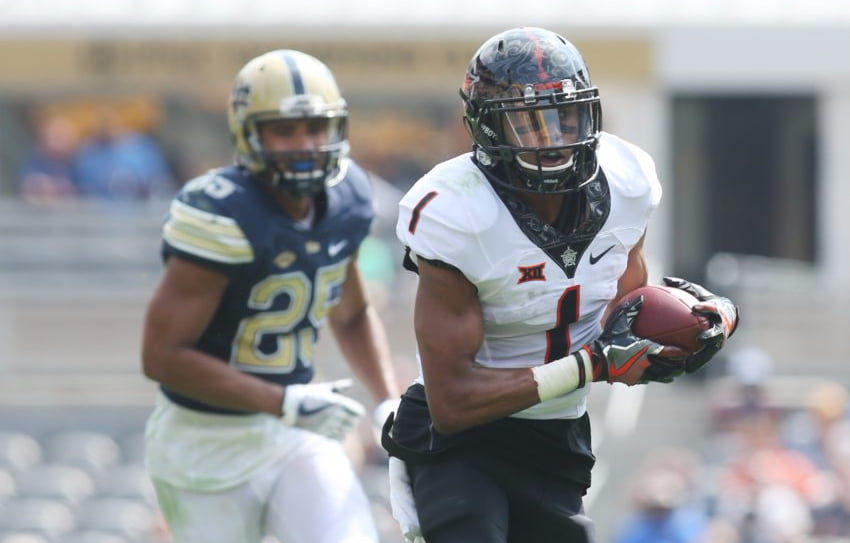 Before the season, OSU’s lineup of Tulsa, South Alabama, and Pittsburgh was a respectable one. Especially with two of those games coming on the road.

Tulsa was coming off a 10-3 season that included close losses to a ranked Houston team and Navy. The Golden Hurricane featured a high-scoring and exciting offense, that ended the year with an absolute pummeling of Central Michigan.

South Alabama finished last season 6-7, which while not impressive in and of itself, is worth noting considering the Jaguars are a football program that’s only in their fifth year as an official member of Division-1 football. Not to mention road wins at Mississippi State and a home win over ranked San Diego State.

Then there was Pittsburgh, OSU’s Power-5 ACC opponent that had shown an ability to beat marquee teams. The Panthers were coming off an 8-5 season where they gave OSU all they could handle and beat Penn State and the National Champion Clemson Tigers.

It looked good before the year. Now? Not so much.

Through the first five weeks of the season, those three teams have combined to go 4-11, with two of those wins coming against FCS opponents. The other two came against 1-4 Rice and 1-3 Louisiana. Honestly, Pitt’s 28-21 win over No. 3 Youngstown State might be the best win of the four.

Let’s take it one step further. Not one of those team defenses are ranked above 90th in total defense, and Tulsa is second to last. Yes, all those rankings include the points scored on them by OSU, but it’s not as though they’ve put up other impressive performances to counter it.

After three games, we all believed Oklahoma State to be world beaters. I myself finally bought into the idea of the team making it all the way to the College Football Playoff after that Pitt win. Hell, even Coach Gundy got overly confident after the beating the Cowboys put on Pitt.

“I’ll be honest, and I mean this as humble as possible,” Gundy said. “I have no clue what people are going to do (against our offense).”

That is until OSU got soundly beat at home by a solid TCU team a week later.

Also, the problems OSU had in those games (penalties, sloppy special teams play) weren’t even considered concerns. That is until OSU was in close games.

That’s part of the problem when your non-conference schedule is bad.

This is the problem I have with the way Oklahoma State schedules its non-conference. Yes, in most years, Tulsa is a respectable team and Pitt should be better, but is having a down year. However, when you don’t schedule a team that is expected to be consistently good, you run the risk of this kind of non-conference schedule.

What’s wrong with scheduling a Florida or Auburn, a Michigan State or Wisconsin, a UCLA or Washington? Don’t feed me the “when we scheduled them, they were good” stuff. Yes, even the big boys have bad seasons, but more rarely than the Pitts of the world. I’m fine with Tulsa and South Alabama on the schedule, especially if it means we skip the FCS team. But OSU needs to do better than Pittsburgh. OSU needs to do better than Oregon State and Arizona State (yeah, that’s what we have to look forward to).

OSU isn’t going undefeated. Sorry. If they were going to, it would have happened in 2011. So they need a worthwhile non-conference schedule to balance out an inevitable loss.

I could compare this year’s non-conference schedule to OSU opening with Savannah State in 2012. It did nothing for the team, which I still think is part of why they played so poorly the next week at Arizona. When you have a good team, you need a decent challenge early to help you prepare for the season. When the first real test is a team that can do more than challenge you, is that the best thing?

Looking back, OSU didn’t even face a real challenge through three weeks. I hope that doesn’t come back to bite them later in the season (it kind of already did).