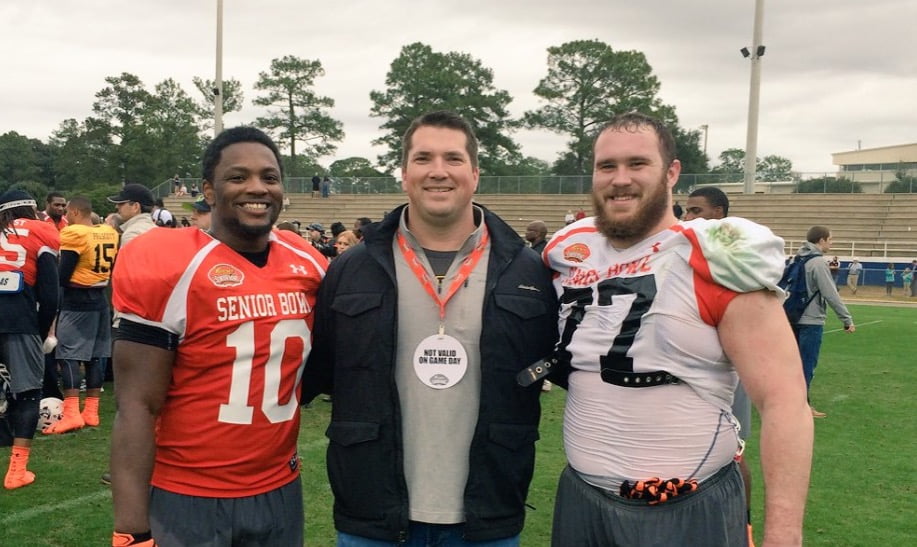 It’s been a whirlwind in Stillwater recently with the basketball team making noise, baseball starting on Friday, wrestling going undefeated and Mike Gundy rolling around in an orange singlet.

So the hirings of Josh Henson (OL) and John Wozniak (RBs) got a little bit buried in the frenzy. I wanted to look briefly at their thoughts as well as what Mike Gundy said about bringing back two folks who are familiar with the OSU program.

“Josh is highly intelligent and he knows the things that need to happen for us to be successful at Oklahoma State,” said Gundy. “We know him well and we’re excited about what he brings to our team.”

Henson was the offensive coordinator at Missouri before coming back to OSU (where he played) as an offensive analyst last year.

“What I like about John is that he is a self-made guy who worked his way up and did it the hard way,” Gundy said. “He worked with us here at Oklahoma State and then went on to have success with Les Miles at LSU and with Nick Saban at Alabama. I know him and I know he’s a hard worker and that he can recruit. He’s been with people who I’m close to, so I’ve followed his path along the way and we’re excited to have him back here with us.”

Wozniak was a GA with OSU in 2004 before going to LSU in 2005 with Les Miles. He has also coached at Memphis, UAB and Alabama before being the WRs coach last year for Southern Miss.

“Oklahoma State is a special place. Just like the players, coaches want to be at a place where football is important – a place where the fans care and the players have bought into the university and its football program. Ever since I left here in 2004, I’ve wanted to be back, and fortunately, now I have that opportunity,” Wozniak said.

“Being around Coach Gundy in 2004, I had a lot of respect for him as a football mind, and more importantly, as a man. I knew that if I ever had a chance to work with him again, that I definitely wanted to do that.”

One person who knows and has been around both Henson and Wozniak is former offensive coordinator Todd Monken. I asked him what he thought about OSU bringing them back.

“Both are great hires,” Monken told PFB. “Are outstanding in all three critical areas. Can recruit, are really good teachers and are awesome at developing young men.”

Check, check and check. Former QB Zac Robinson is in as well.

Coach Henson is the man. Glad to see him back on board. https://t.co/MCfhYQ6VNA

So the coaching carousel has seemingly been stopped before it really got started and OSU is in a good position as it heads towards its first spring practice in less than a month.