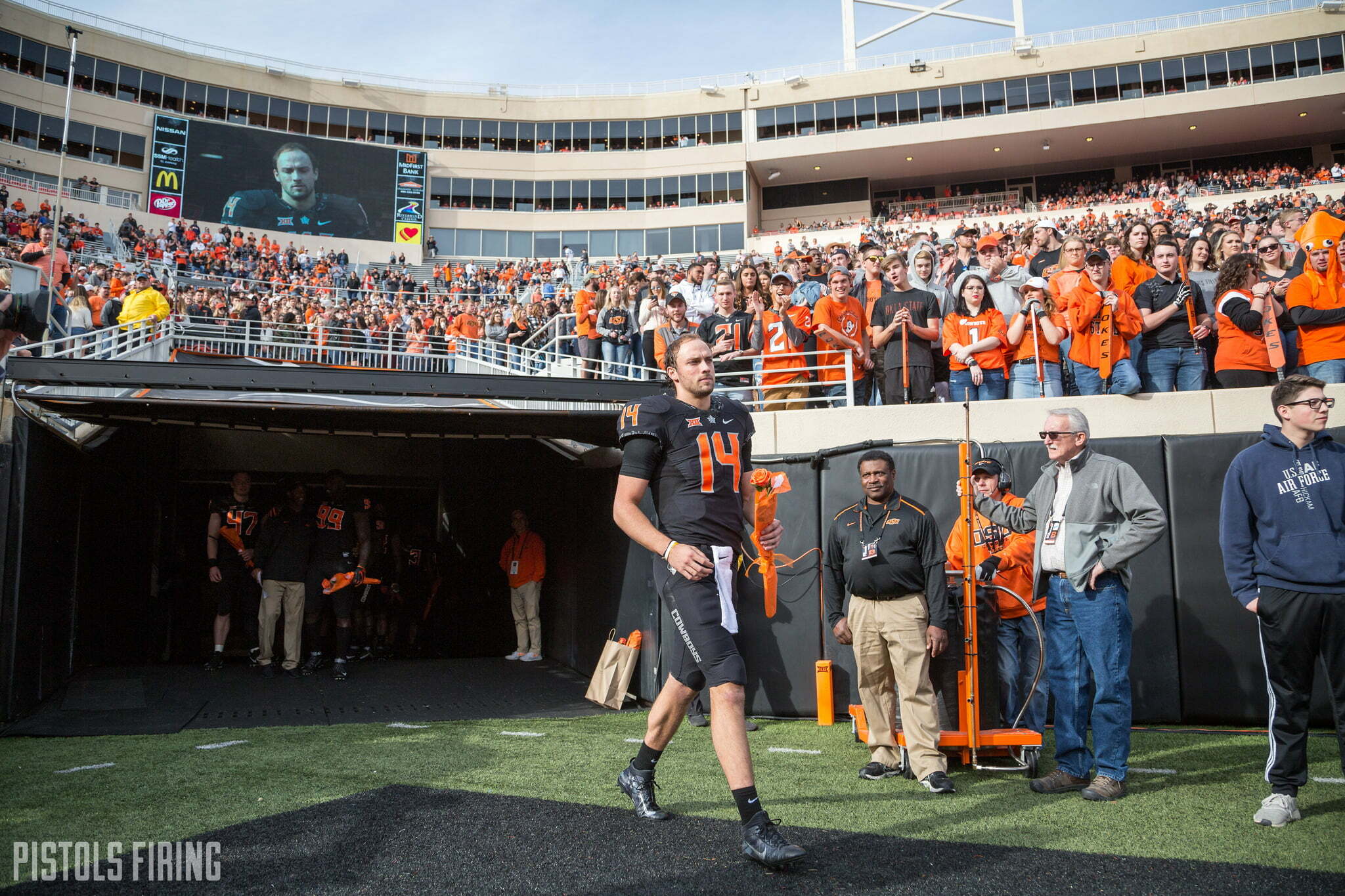 We’ve been getting some really good, intriguing emails recently, and I wanted to publish one of them today with my comments below. Hope you guys enjoy.

First off, wanted to say how much I enjoy PFB. Been reading since my freshman year at OSU (2013) and it’s been really cool to see it grow. Congrats on the growth of the site and thanks for your continued great coverage of OSU sports!

I’m not a journalist or writer so I’m not going to try to be one. I simply want to point out something I’ve thought about in regards to where OSU football is at and where it’s going. I think OSU’s program looks strangely similar to where Baylor was after the 2012 season. Couldn’t tell you how that came to my mind originally, but I think it was the whole senior-QB-but-first-year-starting concept that reminded me of 2012 Baylor.

RG3 had just graduated after his Heisman season, and the QB for Baylor in 2012 was a guy named Nick Florence, who had pretty much been a backup his whole career until his senior season, when he started every game (sound familiar??). Baylor finished 8-5 that year, in comparison to the Cowboy’s 7-6 mark in 2018. Look at this stat line comparison between Florence and Cornelius. The similarities are startling.

After Florence graduated, he was followed by Bryce Petty, who went on to lead Baylor to back-to-back Big 12 titles. Turns out Florence’s ability to simply keep the offense rolling at a similar clip as his predecessor helped bridge the gap to the next year, and in turn set the stage for two of the most successful teams in that program’s history.

Could this be some foreshadowing for what could be on the horizon for Oklahoma State? Who knows. Could mean nothing. I definitely hope it’s not foreshadowing for the off-the-field stuff Baylor has dealt with since then …. but I thought it was interesting, especially as we’re almost six months away from Spencer Sanders walking onto the field in Corvallis to start his own reign as QB in Stillwater.

Thanks for reading Kyle. Keep up the good work on the site! -Caleb R.

First of all, I’m not positive I believe the Couldn’t tell you how that came to my mind originally statement after seeing the similarity of those numbers (!) That’s a remarkable pull!

Overall it’s a great comp — one I love — and while I do wonder if it’s slightly overvaluing continuity, I’m open to the idea of 2018 being a gap year. In fact, I hope it was a gap year.

The part that intrigues me — and I think has been sort of the subtext for the last year — is that schools like OSU and Baylor seem to disproportionately rise and fall on the back of elite QBs. Pro QBs. NFL guys who go in the top four rounds (as Rudolph, Griffin and Petty (and Weeden!) all did).

Maybe it won’t work out that way for these Pokes, and maybe it’s reductive to frame QB play leading to contention as a fundamental truth (although I do believe it to be true), but I think it’s something intriguing to consider as we exit the in-between and head into the next era of Oklahoma State football. Hopefully one that ends anywhere remotely in the ballpark of back-to-back Big 12 titles.