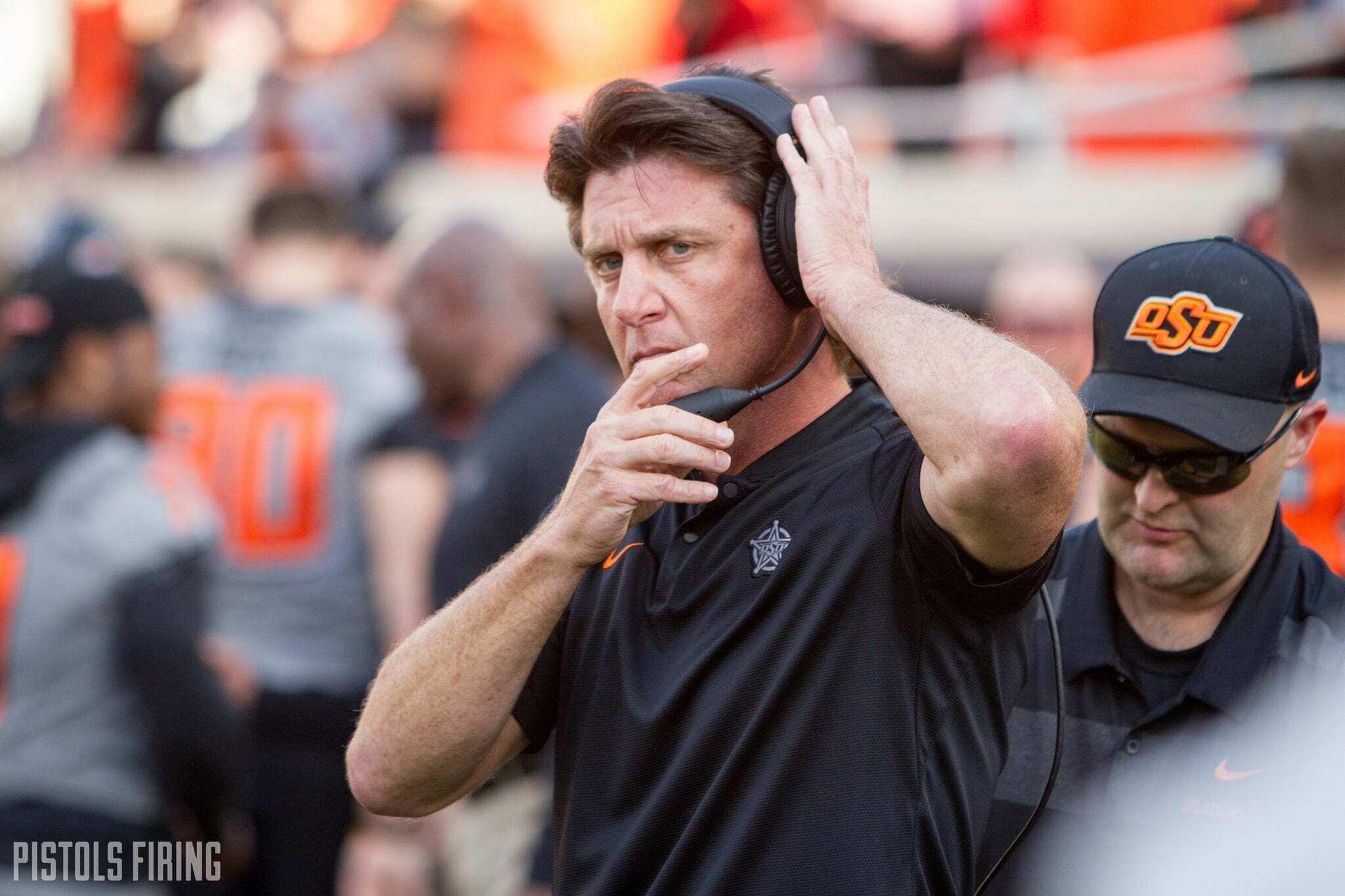 I collected a few reader emails, thoughts and comments from the last few weeks and mashed them together with my corresponding #takez below. It is … a good time to be in the take business when it comes to Oklahoma State football. Let’s go.

Just wondering why it is that if Henson gets a 3-star lineman he’s considered an ace recruiter. Yet when we pick up a 3-star RB or QB or any defensive player it’s “underwhelming” to most fans and they say we don’t recruit at a high level.

Just seems as if a coach that is well liked by the fan base recruits someone they get lauded while the others are often viewed as disappointments. I understand that Dunn has had success with most WRs so he gets the benefit of the doubt, but for the most part as a fan base we are very biased towards what positions get what stars. Your thoughts? Thanks as always and GO POKES! -Derrick S.

A good and fair take!

It’s all about perception, too, right. Perception and expectations are the lens through which we see everything else. So when OL hasn’t been recruited … really at all … in several years and somebody comes in and starts stockpiling OL, that seems like a good thing.

Just thought I’d share some thoughts with you on what has been a interesting early fall for the OSU fan base.

Imagine where we were about just over a year ago.

Football: Just beat WVU, ranked 11th, Bedlam game up ahead.
Basketball: Lamont Evans was fired a little less than a month ago for a large scandal, and we are on our 3rd head coach in just as many seasons.

My how times change 🙂

Thanks for publishing my comment in which I said “I believe Mike Boynton as a recruiter” which was before Avery Anderson and Marcus Watson! Boynton is awesome. The way he comes on your podcast, and all the other stuff he does that makes him such a likable guy. He’s a monster. There’s no other way to put it. “Monster Mike” (patent pending). -Grant M.

I love it. *Mike Holder contacts Monster Energy to check on potential revenue streams for Mike U*

As a young, male person of college age, we may not realize that although we may be invincible from serious injury (not really), we still must follow the legal rules and be accountable for our actions.

I was once deeply involved in what I think are Michael Weathers’ EXACT circumstances. While a Sophomore at OSU, I committed several very clever fun, harmless (so I thought) felonies related to writing bogus checks to purchase “good stuff” for $100 or less.

I did some of this in Stillwater and some in Kay County (to the north of Stillwater, for those of you who are geographically challenged). After several months of this, I was caught one beautiful fall afternoon after having been observed walking to and into my next mark and doing it again, I was in jail from October thru March and then faced a district judge.

I was sentenced to five years’ probation. Time passed. By the end of five years, I completed my doctoral degree (OSU. physical chemistry) and I was pardoned by the Governor of Oklahoma.

I’ve gone on to a 46-year career In a very broad and productive career with the company of my choice. About 30 years ago, I learned a significant contributing factor to my loss of focus: I had ADHD, which wasn’t diagnosed back when I was a young man. I still have the symptoms and have developed several coping mechanisms … but that’s another story for another day.

Michael got the sentence he earned … it wasn’t easy for him and he needs our support. -John C.

Good stuff there. Nothing to add.

Gundy needs to get off the political philosophizing. Focus on how OSU is going to hold serve against a rising Texas, an OU program which isn’t falling back anytime soon, TCU and Iowa State which are both out-recruiting OSU right now and a Kansas program which is about to be problematic for everyone.