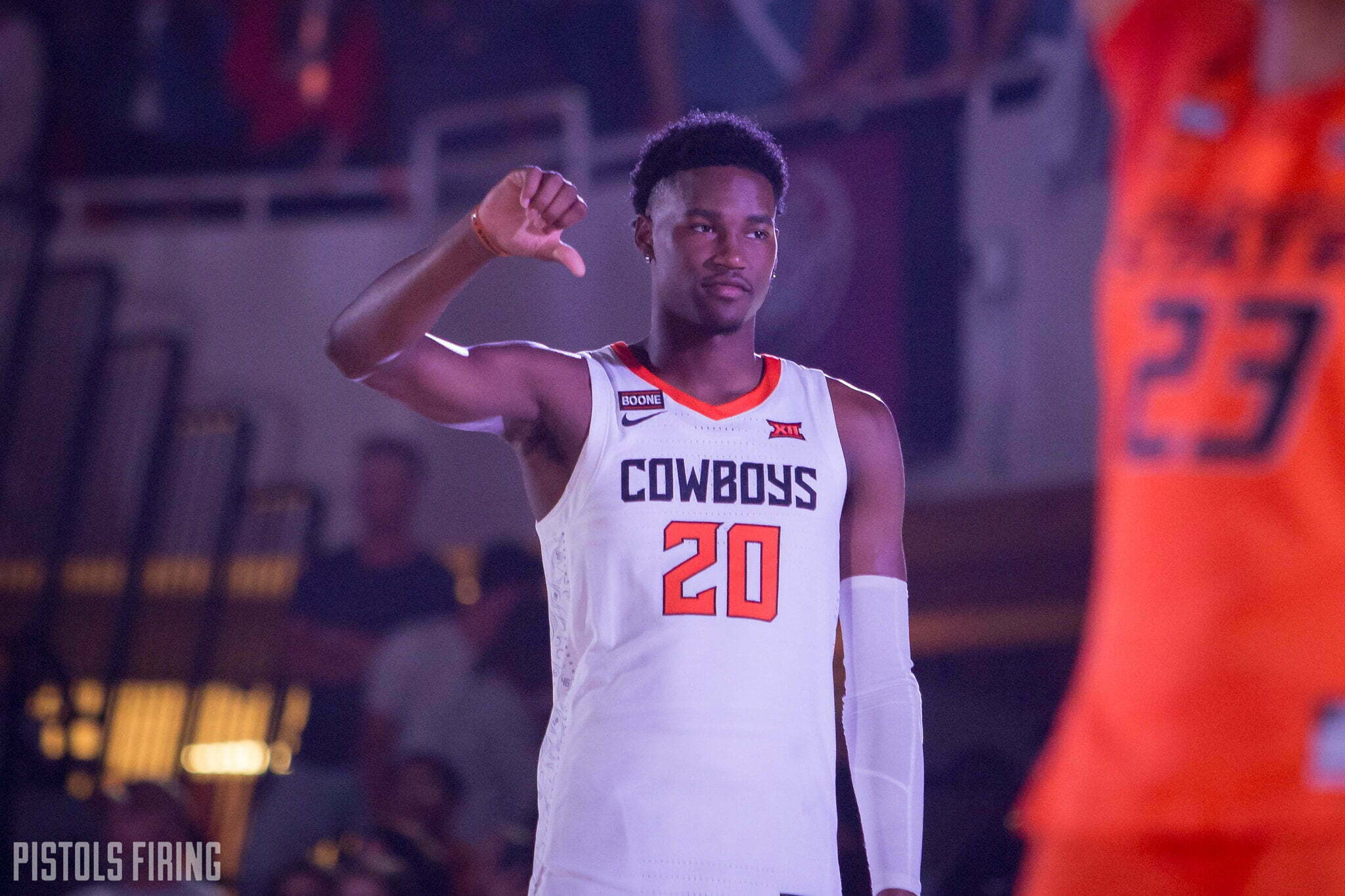 Time to clean out the inbox a bit. I’ve gotten a lot of email over the last few weeks — much of it not publish-able! — and I wanted to grab a few of those and respond publicly. Let’s jump right in.

Hello Pistols Firing, I am also shocked and surprised by the sanctions of the NCAA.  I am actually downright pissed. I have watched the HBO documentary “The Scheme” which chronicles the story of Cristian Dawkins who is the guy that started this whole FBI probe in motion. It seems to me that the coaches (Lamont Evans etc.) were paid by an undercover FBI agent posing as a business partner of Christian Dawkins.

Christian Dawkins says we shouldn’t be paying the coaches we need to be paying the players like he was already previously doing as a AAU coach and business manager. The FBI set this whole payment to coaches scheme in place. Seems like entrapment and is total BS in my opinion. If you haven’t watched this documentary you really should.

It’s also great near the end of the documentary as they have Sean Miller and Will Wade wire taps discussing payments for certain players!! A far more egregious offense than just taking money from Christian Dawkins/FBI/Loyd Management.

Thanks for all your hard work, I dig Pistols Firing the most of any OSU website. -Rich M.

I don’t know about the entrapment part, but the part about other schools committing far more egregious sins resonates. If OSU got a postseason ban and three scholarships taken away, you’re going to have to dismantle some of other programs wrapped up in this if you want to keep the penalties proportionate.

This NCAA penalty is outrageous and it’s incumbent on anyone with a platform to make sure this is not a one- or two-day story. Justice demands a full-court press against this penalty until the appeal prevails. We have a moral obligation to appeal this travesty: not just through formal, corrupted procedures but in the court of public opinion, where we have a unique opportunity to take advantage of a lull in sporting activity.

It can be hard to focus on sports with heartbreaking issues of life and death in the headlines. That said, this story needs to be recognized as a social justice issue — it’s not a distraction from the charged issues shaping the athletic conversation, it’s a reflection of them.

Here, the NCAA is punishing (1) a relatively underfunded, land-grant state university that serves and empowers a lot of working and middle-class kids in a bottom-five poorest state, which reaped no benefit and complied fully with enforcement from the outset; (2) young, by all accounts innocent, athletes; and (3) a young, up-by-his-bootstraps coach with unimpeachable integrity, who happens to be one of the few minority head coaches in college basketball … and for what? For promptly removing a cancer which plagues all of college basketball from the organization? The NCAA is sacrificing those they perceive as dispensable not as justice but as theater. By all means, make the culpable pay, but kill the cancer, not the patient.

The state’s university and these kids should not have to pay for a lax culture of enforcement and exploitation at the NCAA. Are we punishing innocent students while letting the companies that profit from their efforts off the hook? Everyone who is talking about the exploitation of young athletes should be talking about these kids whose futures are being impeded by misdeeds they had nothing to do with. Where does Charles Barkley stand on this? Doug Gottlieb? Kareem Abdul Jabbar? We should be hooking every angle of this story into the sports conversation (and sociopolitical conversations about sport)—taking full advantage of the current lull in sports content to shine a light on the NCAA’s hypocrisy and shoddy logic.

One hopes that OSU is bringing in big guns — the best attorneys, the best PR people, connected and skilled alumni, Oklahoma politicians. Full. Court. Press. Not every appeal is winnable — three years of law school drove home that fact for me. But this one is. These kids, this coach, this program, this school, the notion that innocence and due process mean something, are all worth fighting for. Pistols fire! -Kevin O.

Whoo buddy, that’s an email. If you’re going to take the time to write them, those are the kind of takes you should be firing off! I went deep on the document the NCAA released regarding Oklahoma State’s transgressions here. And while I’m not going to dive into the social injustice angle, I think it’s worth noting that Mike Boynton himself brought up the same thing a few weeks ago.

13:00 mark – Goodman asks if race is a factor if OSU is the only school to get a postseason ban:

Boynton: "I was the only black head coach, we're up first and get the hammer thrown at us. With the sensitivity of everything else going on in the country it's crossed my mind." 1/2

Can you think of any rule changes with the NCAA that would really limit the built-in advantages of blue bloods in college football or basketball? Here’s one: get rid of national signing day. The same day that a player verbally commits, send them the paperwork to sign. Force them to put that scholarship money where their mouth is. It rewards teams like Oklahoma State for finding a 4-star or high 3 that most folks haven’t caught on to yet. Rewards them for getting in early on a kid.

Also, and best of all, it should eliminate poaching. How many times have the Pokes lost a guy at the last minute?!?! I seem to remember an article recently on PFB that highlighted this, particularly on defense. And most painful of all, we lost them to the Sooners e.g. Curtis Lofton and Ryan Broyles. Just wondering your thoughts. -Travis B.

I’m sure there are legal ramifications and some unintended consequences that I’m not thinking of, but man it would be massive for OSU. Urban Meyer has fought against this idea in the past because he argues that it doesn’t give room for players to change their minds (very brave to be in that corner while coaching at the Ohio State University).

The problem here for this idea is that we’re trending toward more player empowerment, not less. And more player empowerment likely doesn’t involve signing away where you’re going to play ball 15 or 18 months from the day you signed (especially when that contract is so one-sided). We can debate whether that’s good or bad, but unfortunately for OSU it’s almost certainly a reality that the college football (and basketball) world will not move in that direction.