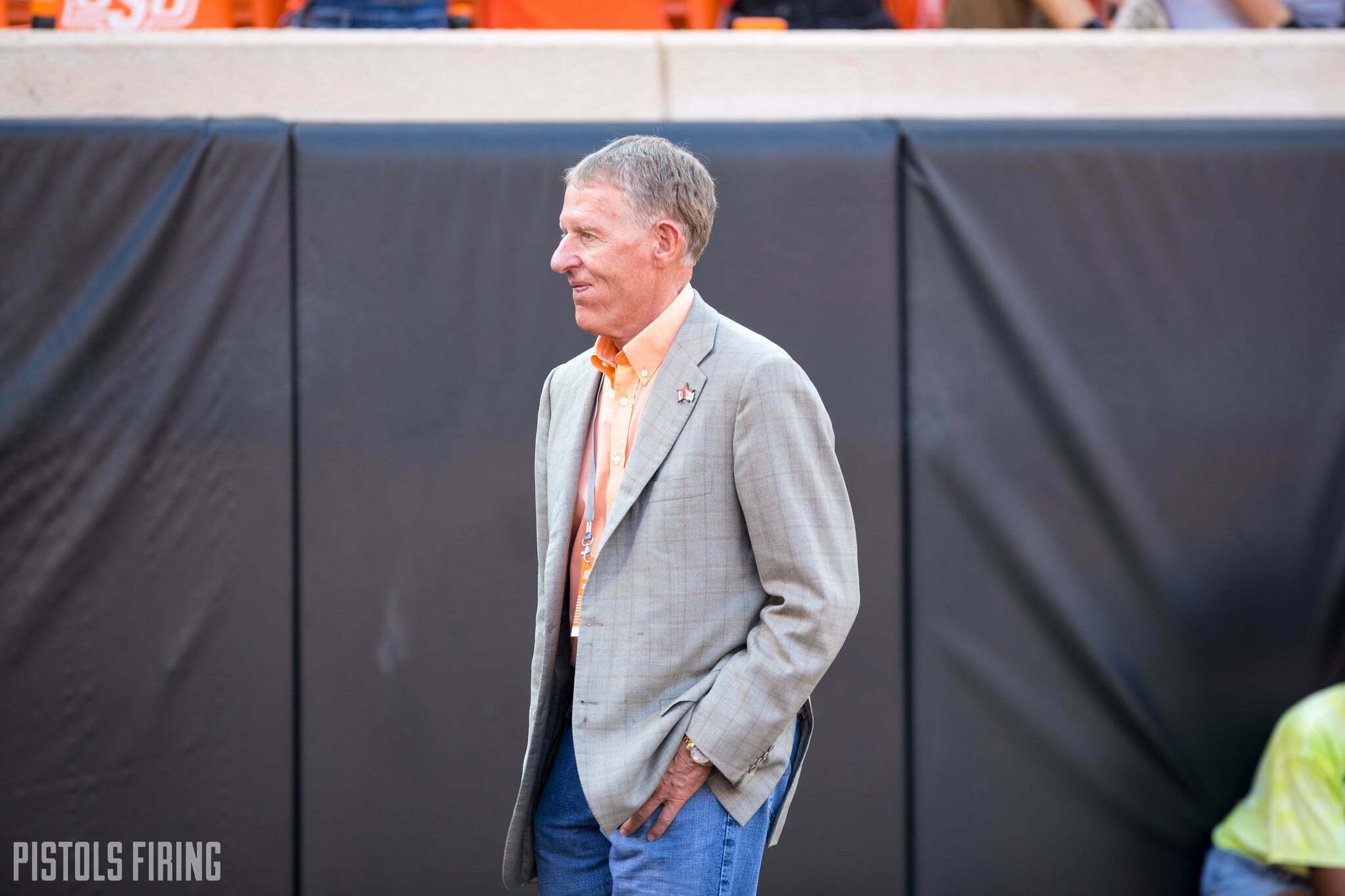 Welcome to this week’s edition of reader thoughts in which friend of the site James E. poses a very good question about Mike Holder, Chad Weiberg and the future of Oklahoma State athletics. Let’s jump into the festivities.

Kyle, there has been a lot of talk lately that Holder might not leave anytime soon. A couple years ago when Weiberg was hired, the assumption was that Holder would be around maybe 2-3 more years before handing over the reins. I don’t really know much about the operations of the athletic department, but I guess I’m curious what does it mean to OSU if Holder doesn’t leave for 5-10 more years?

How big of a deal is Chad Weiberg? I’ve only heard good things about him, but in reality could anybody do his job or is he really that special? I assume he left Tech with the notion he would become the No. 1 guy in the not so distant future. Will he be content staying No. 2 in command for five more years, or is his time at OSU probably going to come to an end soon if Holder doesn’t leave (is being an AD at a smaller school better than being the No. 2 at OSU)? And if Weiberg does leave, does that dramatically change anything for OSUs future or do you feel OSU will still be fine once Holder does retire?

I know that’s a lot of questions and stuff but before the hiring of Weiberg, I never really heard anyone talk about the No. 2 guy so I don’t really know how big of a deal it is. I just thought you might have some insight or thoughts that you could share to help me better understand. Appreciate all the work! James E.

There are a lot of questions in there, but the first thing I think of with Weiberg is that he’s apparently an elite fundraiser. This is the story of Mike Holder’s career as AD, right? We can talk about a lot of different things as it relates to Mike Holder, but the No. 1 bullet point on the CV is “• Most elite fundraiser in OSU history.”

The second thing I think of is a pair of quotes from a profile of Weiberg and his wife, Jodi, from a few years ago in the Oklahoman.

On OSU: “A lot of people I think work their whole careers to get back to their alma mater. I didn’t think it would happen.”

On his son going to OSU basketball camp in the summer: “I’m just sitting there and all of the sudden it hits me. I was here doing that same thing here in the mid-80s.”

That doesn’t sound like somebody who’s going to be super frustrated over Mike Holder’s exit taking longer than some of us thought it could.

On that front, I’ve heard from different folks that Holder sees the completion of a new wrestling facility as the end of his work in Stillwater. It would make sense, I suppose, as everything else that’s needed something since he’s been AD has been ticked off the list. He would also be saving the best (program) for last.

Who knows though. I don’t know Holder well, but I know that he values finishing the task at hand more than most. When the task at hand is ambiguous like it is right now with a wrestling facility that’s up in the air and a million different things you could do with football, that’s how you end up with 800-word speculative posts like this, but I do think it would make sense that he would finish with wrestling.

As for the job in Stillwater. It’s a good — maybe even great — but probably not world-class job. It’s sort of like coaching, I guess. Would you rather be the head basketball coach at UTEP or next in line at Illinois? It’s a fair question with a million factors. Given Weiberg’s history and what he would be inheriting, I would think the scales would tip in OSU’s favor.

I have no idea if that answers any of the questions above, but those were my thoughts on this as of October 2019. How great would it be, by the way, if Gundy and Holder left together in two or three or four years? Arm in arm they walked out of the tunnel at Chase Field, site of OSU’s 2022 Cheez-It Bowl victory over Cal.

In all seriousness though, Holder gets all the free passes. I think if a person is able to be wise enough to know when it’s time, when the baton needs to be handed off, he’s that person. I hope (and trust) that’s how it will go. I think highly of Holder, and I also think transitions of power are vital to long-term success. OSU’s is set up perfectly, now it just has to execute it.