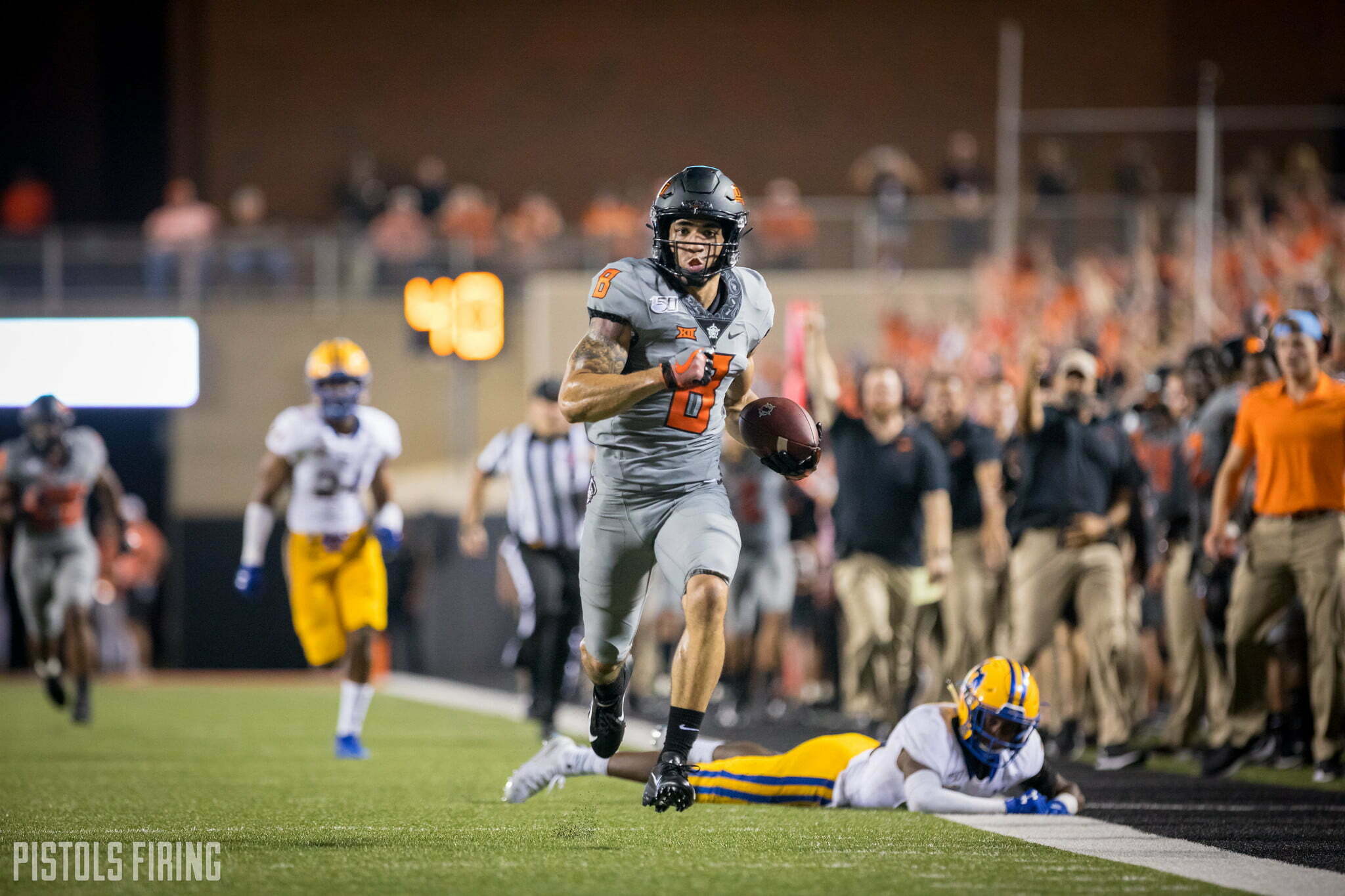 I split out this question into a second part for reader thoughts because I knew it would take a while to answer and because I think it deserves to stand alone.

I was looking at Rivals vs. 247 on where they had Israel Antwine ranked. Just the disparity is kinda shocking on him. Looks like it was on WR Braydon Johnson as well.

With schools like Georgia, Texas, Texas Tech listed having offered him, it’s surprising he was not ranked higher coming out of a high school. I wanted to get your thoughts if possible on this but at very least bring it to your attention. How can a guy who got offers from Texas and Georgia and OSU of course not be ranked a bit higher? Braydon Johnson — you might take a look at him too. It’s interesting to me. -Chris S.

It is interesting. I did some digging and reading on this, and I stumbled into this fascinating article from a few years ago that explains how each organization ranks players.

Each service uses its own set of criteria, and thus, no set of rankings is ever exactly the same. Recruiting rankings are inherently an inexact science so each talent evaluator is going to have differing opinions about certain players and their long-term potential.

The biggest factor, according to the experts, is a prospect’s game film. This is where the experts can get the best feel for a player’s actual ability in the flow of a game. For the majority of the recruiting experts, this is preferred to combines and camps. [AL.com]

247Sports has a similar mentality. JC Shurburtt, a national recruiting analyst for the network, estimates that game film equates to 60 percent of a prospect’s total grade. He uses those camps as a way to confirm what he’s already seen on film and gives him a chance to see if a player’s measurables actually match up to what he claims.

Rivals.com puts the most emphasis on camps and combines out of the four major recruiting services. It’s not hard to see why given the company has made a major investment in developing its Rivals camp series and Rivals Five-Star Challenge. [AL.com]

So this is why players on Rivals and 247 differ so much. Because they’re not evaluated using the same criteria. This makes sense and is important to note when perusing the recruiting rankings.

The other thing I found out runs against everything everyone has ever said about both individual and team recruiting rankings. Here it is.

A common refrain heard on message boards and social media is that if a player has an offer from “insert your school here” how can he be only a three-star prospect? If a big school like Alabama or Auburn offers a prospect isn’t there a good chance he’s a four-star or five-star prospect?

Out of the four recruiting experts, [Rivals] is the only one who says offers factor in at all and he gives it only 10 percent of the total equation. One thing 247Sports does is look at the track record of college programs putting players into the NFL, especially lower-rated prospects. If a school is known for turning two and three-star prospects into NFL players, the analysts might give the school the benefit of the doubt when they offer a similarly rated player. [AL.com]

Fascinating stuff, and I think all of this speaks to something mentioned in the middle of Chris’ question — the importance of 247’s composite rating. This is what we use at PFB, and I think it stymies the biases certain scouts or organizations might have. It gives a truer sense of how good a prospect actually is.

The 247 Composite is essentially just all the organization ratings of a player combined. Here’s how they define it.

The 247Sports Composite Rating is a proprietary algorithm that compiles prospect “rankings” and “ratings” listed in the public domain by the major media recruiting services. It converts average industry ranks and ratings into a linear composite index capping at 1.0000, which indicates a consensus No. 1 prospect across all services.

So while Braydon Johnson was the No. 173 WR coming out of high school based on 247’s rankings, he was No. 76 based on Rivals. His 247 Composite was No. 143, which is probably a fairer, truer slot for him. It might still be wrong, but it’s at least more reasonable. In an unforgiving guessing game of a business, the wisdom of crowds is probably the most fruitful path.

One last note here: The last two years Oklahoma State has ranked higher in the 247 Composite than on Rivals. This makes sense, right? OSU’s prospects probably perform better on film in real football games than at camps, thus they’re mildly docked by Rivals and buoyed by other recruiting organizations.

Regardless of how you feel about any of this, it’s intriguing to think about and beneficial to have at least a little bit of context while we scream at each other about how good or bad Oklahoma State is (and others schools are) at recruiting football players.