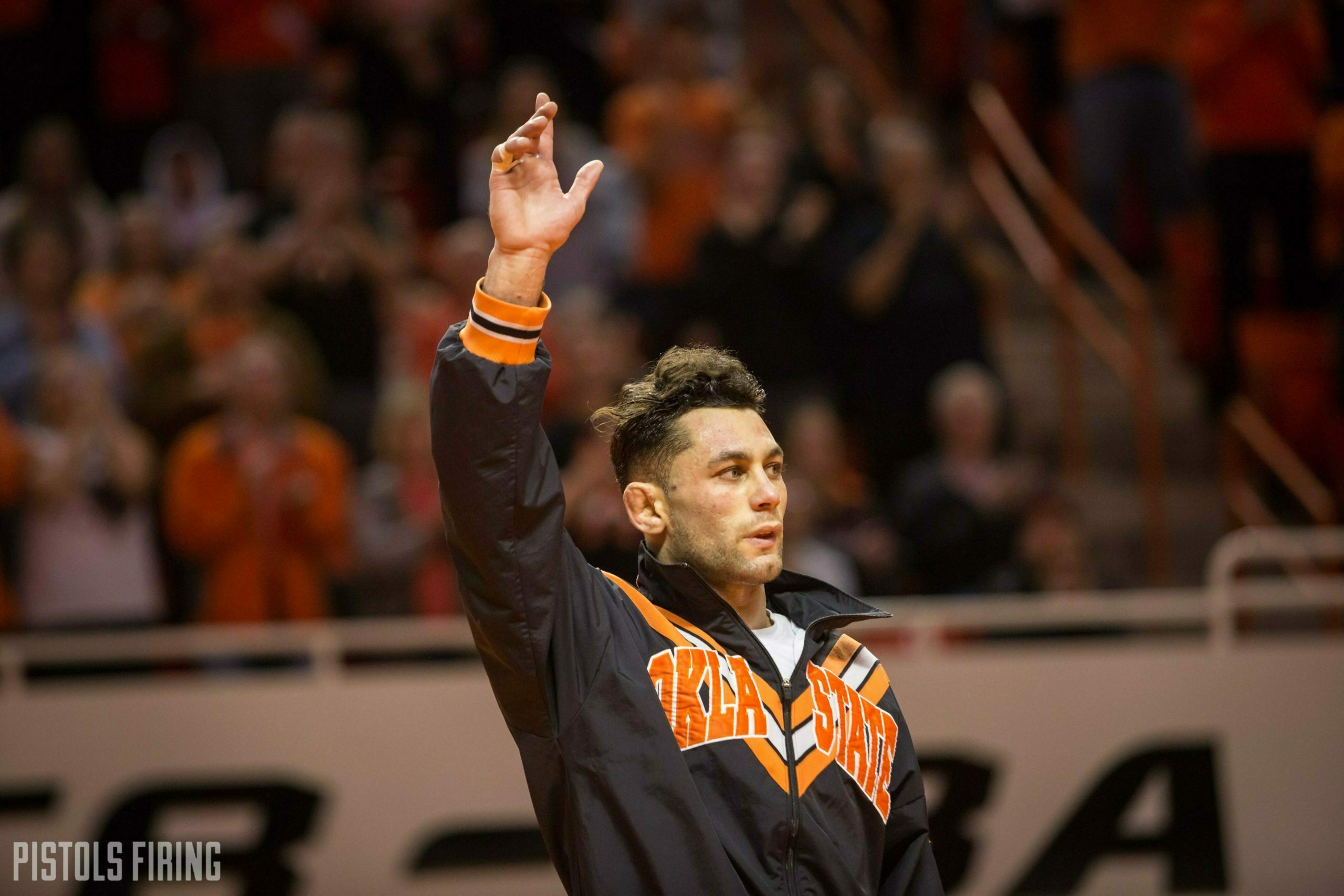 STILLWATER — The last time the Sooners beat the Cowboys in a Bedlam wrestling dual, Clint Chelf and Trevor Knight were their respective school’s quarterbacks.

Moment of the Dual: One Last GIA Cradle

Nick Piccininni’s final match in GIA wasn’t going to plan until it all of a sudden was.

Christian Moody was Piccininni’s senior day opponent. Moody entered the contest just 6-14 on the season, and Piccininni had already beaten Moody six times in their careers. But somehow the three entered the third period with Piccininni clinging to a one-point lead, and Moody and the OU bench were fired up.

It wasn’t too long into that final frame, though, went Piccininni caught Moody in a cradle and finished his final match in GIA with a fall.

It was similar to Piccininni’s pin against Spencer Lee in last season’s ridiculous Iowa dual, as he got up and threw his head back in celebration like he did when he stuck Lee.

A true freshman, Witcraft made it to the starting lineup after Daton Fix took and Olympic redshirt and Kaid Brock suffered a knee injury, but he has made for some can’t miss matches one way or the other.

In his bout against Tommy Hoskins on Sunday, 14 points were scored in the first period. Witcraft got taken down and put on his back early in the match. That put him down 6-0 before he pulled off this quick seven-point maneuver. All of this came in the first minute.

After the 14 total point in the first, the second period somehow came and went scoreless. Witcraft started the third with an escape and takedown while adding a riding-time point to win 11-7.

“Don’t get up and get a Coke because you may miss something with that kid,” OSU coach John Smith said.

OSU football player Brock Martin weighed in again for Sunday’s dual, and, though he didn’t mention him by name, it sounds as if Smith was ready to use him before the Cowboys headed into the heavyweight bout trailing 5-2.

“I looked at maybe using someone different than Harris, but when I really felt like we needed the win, where we were losing two of the first three matches, I went with him,” Smith said. “I was hoping that we might be 3-0 after the first three matches and you maybe got to see someone different, but just for my confidence I felt like the guy we needed to go with was Harris.”

Harris got the call against Josiah Jones, an opponent Harris beat earlier this season in Norman. That victory Dec. 15 was a 6-2 win for Harris, and he expanded on that Sunday.

Harris took Jones down five times en route to a 13-5 major decision win, his first bonus-point victory of the year.

There is still a chance Martin enters the Big 12 Tournament as OSU’s heavyweight, though. Even with the win Harris and Cornelius Putnam are just a combined 6-12 this season.

“I think I’ll have them fight it out, for sure,” Smith said. “I don’t see there’s any disadvantage. We might have another weight where we’re gonna have to fight it out. I think it does everybody good. The guy that comes out of it, it gives them opportunity to get some more matches under their belt under stress and things like that. It’s not over. People deserves opportunities, especially at that weight.”