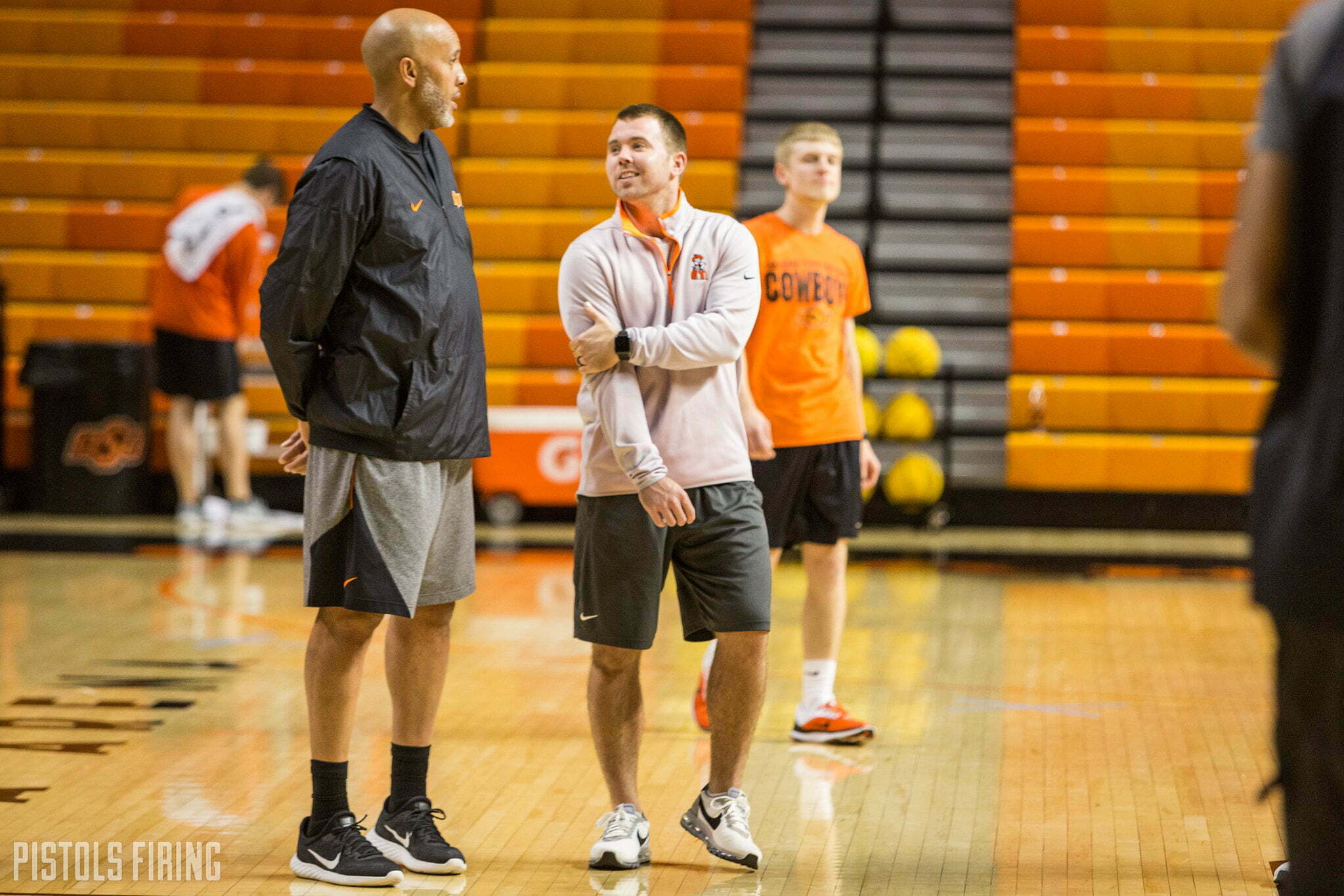 A few weeks ago, we looked at the five highest point totals in Cowboy history, but that had games from the 40s, 50s and 70s, where box scores and highlights were a little hard to come by.

So today, we’ll look at the Cowboys with the five highest point totals in Big 12 games.

Only a freshman, Jawun Evans was by far the best player on the White Maple hardwood in game that included eventual Wooden Award winner Buddy Hield.

In a Bedlam matchup the Cowboys lost 74-72, Evans played 39 minutes and had 42 points (on 18-for-31 shooting), seven rebounds and six assists. It’s tied for the third-most points an OSU player has ever scored and a freshman record at OSU (second place is Cezar Guerrero’s 29 against UTSA in 2011).

OSU trailed by 12 at the half and had a shot at the buzzer, but Jeffrey Carroll’s 3-point attempt brutally rimmed out. Hield had a rough game in GIA. He scored 26 points but had 10 turnovers. That’s the most turnovers he had in his college career.

Coming off back-to-back road losses to No. 7 Kansas and No. 3 Missouri, the Cowboys returned home and the Pawnee Pistol went off.

In his senior season, Keiton Page (now OSU’s director of player development) reached 40 on just 8-for-14 shooting. He shot 20 free throws in the game and made them all. That’s the most an OSU player has made in a game since 1959. The 20 consecutive makes from the line are also a Big 12 record.

OSU entered this game 20-9 on the season but were in the midst of a free fall.

Having won just one of their past five games, the Cowboys headed to Waco for an 86-82 loss, but in it, the man with the shortest career in NBA history had a career night.

JamesOn Curry scored 40 points on 12-of-18 shooting. He was 7-for-10 from 3-point range. He also had five rebounds, four assists, two steals and two blocks. Curry didn’t get a ton of offensive help, as Kenny Cooper was the only other Poke in double figures with 16.

The Cowboys also fell in this matchup against an all-time great Sooner.

It wasn’t all bad for the Pokes, though. They made the NCAA Tournament this season and beat Tennessee in the first round.

I didn’t want to spoil too much in the Curry portion, but one of the all-time games in OSU history took place a few months before that Baylor loss.

After three overtimes, Mario Boggan matched Kevin Durant’s 37 points, and OSU was victorious against the future NBA MVP. Boggan was 13-for-27 from the field and 10-for-13 from the foul line. He also had 20 (!) rebounds. KD had 37 points and 12 boards.

OSU has the whole game available on its YouTube channel.