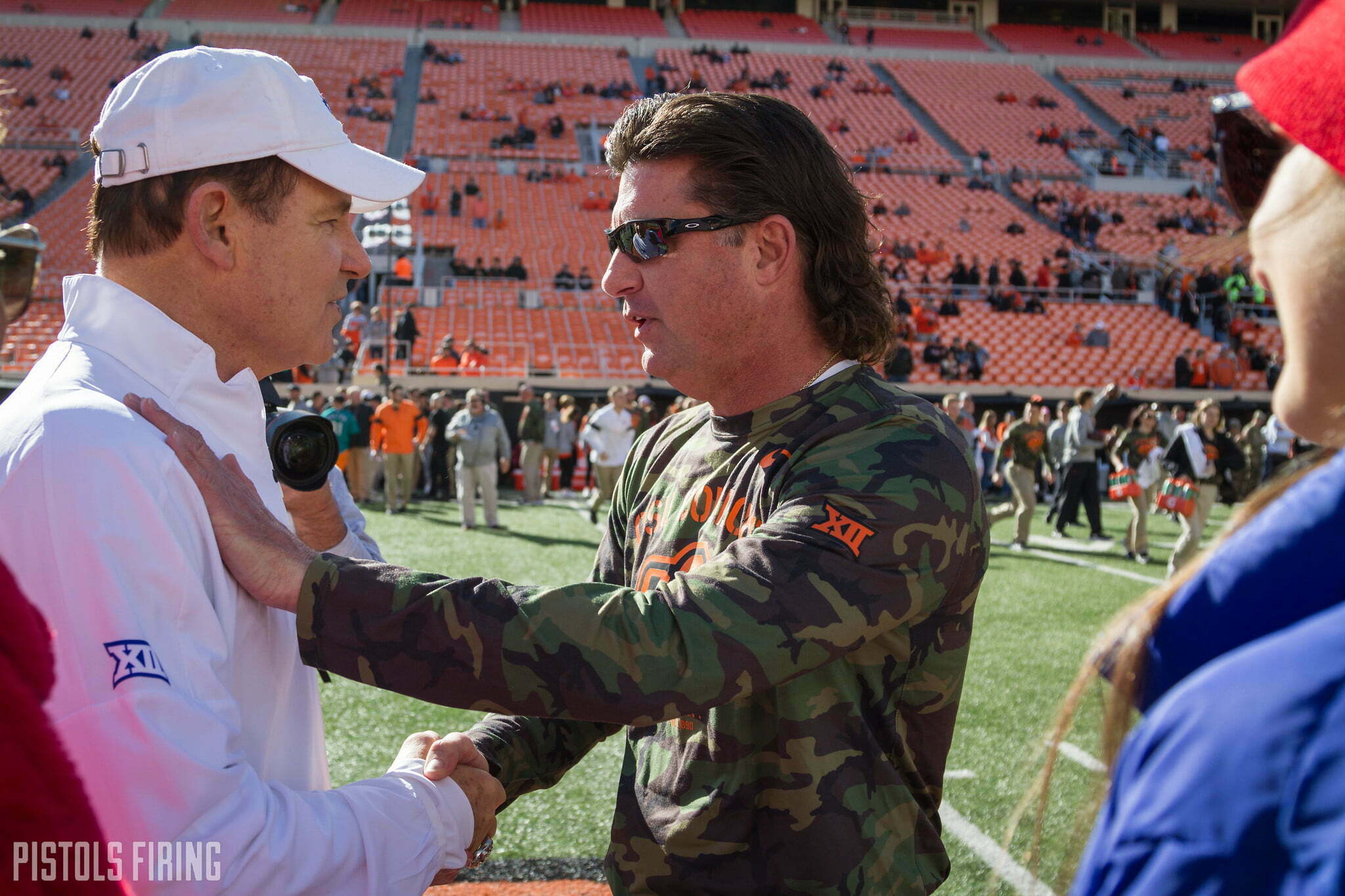 In the first four seasons of Oklahoma A&M football, the team didn’t even have a coach.

Since those days, Oklahoma State has had 22 head coaches of its football program. Not including current coach Mike Gundy, two of the most legendary overall coaches that have donned the orange and black are Jimmy Johnson and Les Miles. Neither of them are in the school’s top five in wins (Johnson had 30 and Miles had 28). In today’s record book look, we’ll scan through that list.

He is entering year 16 at the helm after previously spending time at OSU as a player and assistant coach. It didn’t start out all that great, as in 2005, Gundy’s Cowboys went 4-7 and won just one Big 12 game, but that has turned out to be the only below .500 season in Gundy’s tenure thus far.

Gundy’s highest high thus far came in 2011 when his 12-1 OSU team won the Big 12 and the Fiesta Bowl. In his first 15 seasons, six Gundy-led teams have won at least 10 games while eight have won at least nine.

Gundy’s career record is 129-64. His .668 win percentage also ranks among the best in program history.

To get to the top of OSU’s rankings, Gundy had to best his college coach, Pat Jones.

Jones’ 11-year career in Stillwater started hot with OSU going 10-2 in 1884, beating South Carolina in the Gator Bowl. OSU finished that year No. 7 in the country.

Jones put together two more 10-win seasons with the Pokes, in 1987 and 1988. In 1987, the Cowboys beat West Virginia in the Sun Bowl and followed that up with a Holiday Bowl victory against Wyoming in 1988.

Sanctions brought tough times for the end of Jones’ tenure, as OSU was below .500 in Jones’ final six seasons. Yet still, the work Jones did in those first five finished his Stillwater stint with a 62-60-3 record.

Lookabaugh’s teams hung out around .500 until 1944. That season the Aggies went 8-1 to claim a MVC championship before thumping TCU 34-0 in the Cotton Bowl. Lookabaugh’s Aggies followed that up with a 9-0 1945 season where they beat St. Mary’s 33-13 in the Sugar Bowl.

Cliff Speegle’s eight seasons in Stillwater put him on this list despite Speegle finishing his tenure with a below .500 record of 36-42-3.

Speegle’s best year at OSU came in 1958 when his team went 8-3. OSU won the Blue Grass Bowl against Florida State that year and finished the season ranked 19th in the AP Poll.

Jim Stanley’s 1976 Cowboys won the Big Eight in was was his best season in Stillwater.

OSU finished that season 9-3 and beat four Top-15 foes. The Cowboys beat BYU in the Tangerine Bowl that season, but the year’s highlight had to be the Cowboys’ 31-24 victory against No. 5 Oklahoma in Norman. OSU wasn’t ranked entering that game.