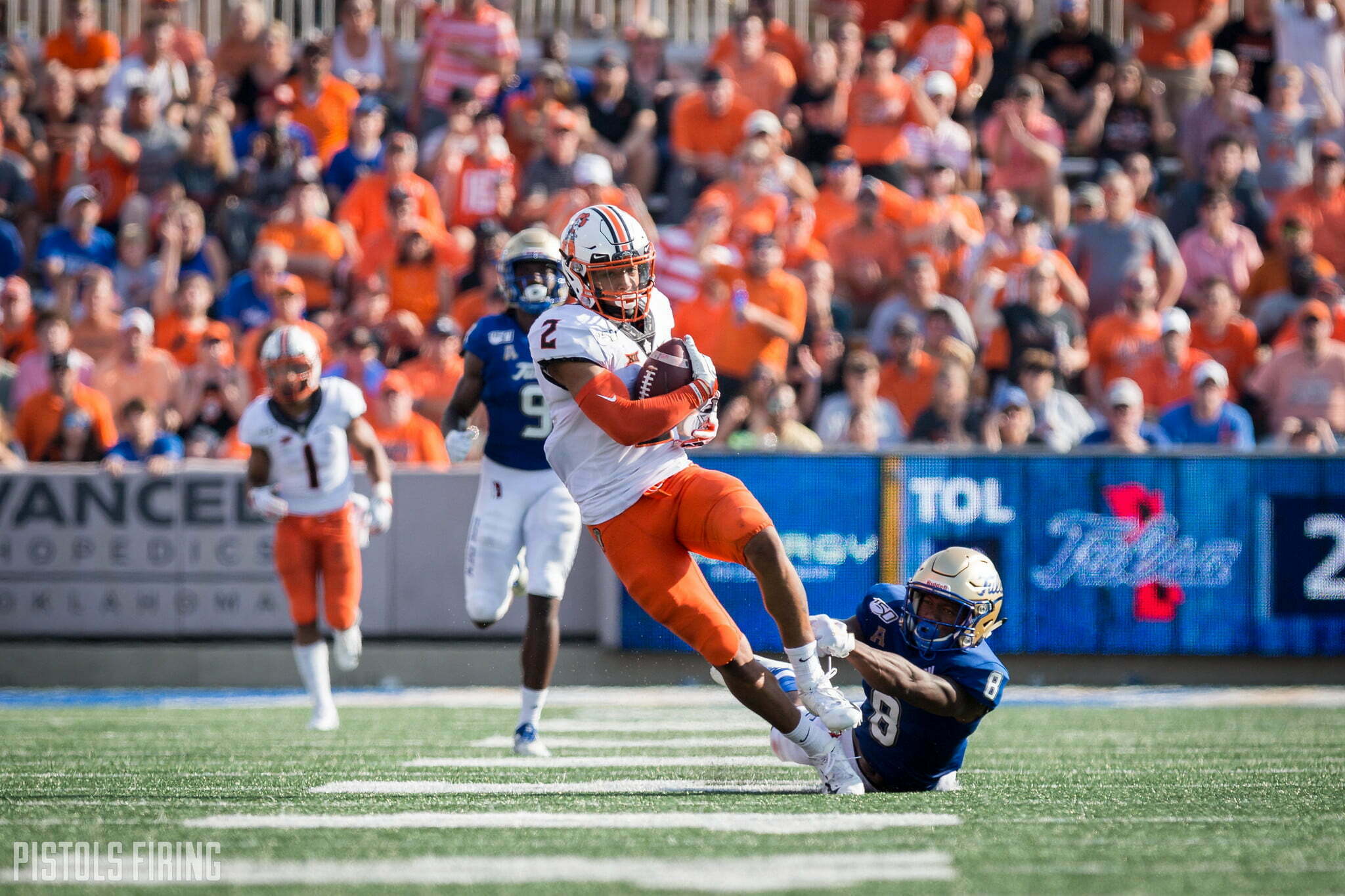 There isn’t a position group that Oklahoma State has been more historically dominant at than it has at wide receiver.

Another Cowboy great was off to the NFL when the Baltimore Ravens took Tylan Wallace in the fourth round of this past weekend’s NFL Draft. The Pokes also lost another guy who didn’t get enough credit for his time in Stillwater in Dillon Stoner, who signed with the Las Vegas Raiders.

As we did with OSU’s rushing records earlier this week, let’s take a look at OSU’s career receiving lists in a post Wallace and Stoner world.

Wallace caught 59 passes in his senior season moving him to fifth in OSU’s program history in career receptions. Stoner started 2020 in ninth and caught 42 balls to move to sixth.

It’ll be interesting to see how Brennan Presley’s career projects to see if he ends up on this list. He caught just seven passes in 2020, but that year won’t count toward his eligibility. So, he still hypothetically has four years left.

Wallace started 2020 sixth on this list, but after having 922 yards last season, he moved ahead of D’Juan Woods to No. 5 on this list.

Stoner also cracked the Top 10 after having 573 yards last year.

Stoner’s four touchdowns also moved him into a tie for 10th with Jalen McCleskey.

This list is the most all over the place with names like Curtis Mayfield, Herman Eben and Terry Young on it, but Wallace still found his way in the Top 10.

For reference, Stoner finished his career averaging 12.5 yards a reception. It would’ve always been hard for a guy who spent the majority of his career in the slot to make this list.